Boundary Oak Distillery is named for… well you guessed it, an Oak tree on owner and Master Distiller Brent Goodin’s property. The old oak tree is a marker for the property line of their farm. The use of large trees, boulders and even fence lines as boundary markers was a common practice in the 19th and 20th centuries and can still be found today.

While touring his beautiful Distillery perched on a knob backing up to Fort Knox Kentucky, Brent took us through his distilling process and explained his love for history and the well known men that are namesakes for his two prominent spirits. President Abraham Lincoln and General George Patton after all are two iconic names in American history and what better way to honor them than to name a great drinking spirit after them.

As we sat down for the podcast Brent explained how his family had helped establish the beginnings of Bardstown Kentucky and how they had worked in the bourbon industry throughout the years. Tom, one of Brent’s three sons was the one that actually tried to persuade Brent to start making whiskey in their back yard. Brent, wanting to make this dream come true, filed for a license to ensure they were legal and away they went. Wait a minute, just like that they had a distillery? Actually no, it took years of hard work and dedication to get to where they are today. Brent instilled hard work into his sons as they work alongside him to this day helping to develop some fine spirits for our listeners to enjoy.

Branding is everything in the Bourbon culture and can make you or break you. Abraham Lincoln was born in the present day Hodgenville, Kentucky, just down the road from Boundary Oak Distillery. Even though there is folklore that would suggest him being deeply rooted in its culture, it seems he never had ties to bourbon. One such story is that Lincoln asked what brand General U.S. Grant was drinking after several people had complained about his drinking habits so he could send it to his other generals to put some fight into them. While this could have just been a crafty advertisement for bourbon, this much we do know is that he did own and operate a Tavern, which you would assume sold bourbon. Never the less, Brent named his bourbon after one of America’s greatest presidents.

Yes there has been others that have tried this in the past, but Brent hit a homerun with it. One bottle of the Lincoln Single Barrel Cask Strength Straight Bourbon even sold for $25,550, making it the most expensive bottle of spirit ever sold in America, surpassing the old record set for the 1st bottle, from batch 1 of Boundary Oak’s first bourbon. Just close your eyes and picture OLD ABE splitting staves by hand for barrels that this bourbon is aged in as he did rails.

George Patton, what else do you need to know? He was a legend in his own time and the only man that stood in his way, was himself. A man that competed in the 1912 Olympics, chased Pancho Villa, fought in WWI and WWII and had a tank named after him deserves the upmost respect. This man tore across Europe bound to become two time world war champion, handing out ass whippings where ever he went. The enemy was terrified of this man who wore a war face and carried an ivory handle revolver.

Brent explains how he wanted to recreate the same drink Patton created to drink due to whiskey burning his throat and once again “Armored Diesel” was reborn. The exact same hooch Patton created and gave to his solders for a moral builder. I would like to think that OLD BLOOD and GUTS would love this stuff and be proud that it bears his name.

So grab yourself some bourbon and sit back as Brent, Abe and George takes us down The Bourbon Road for another adventure as we are treated to the inside workings of The Boundary Oak Distillery. 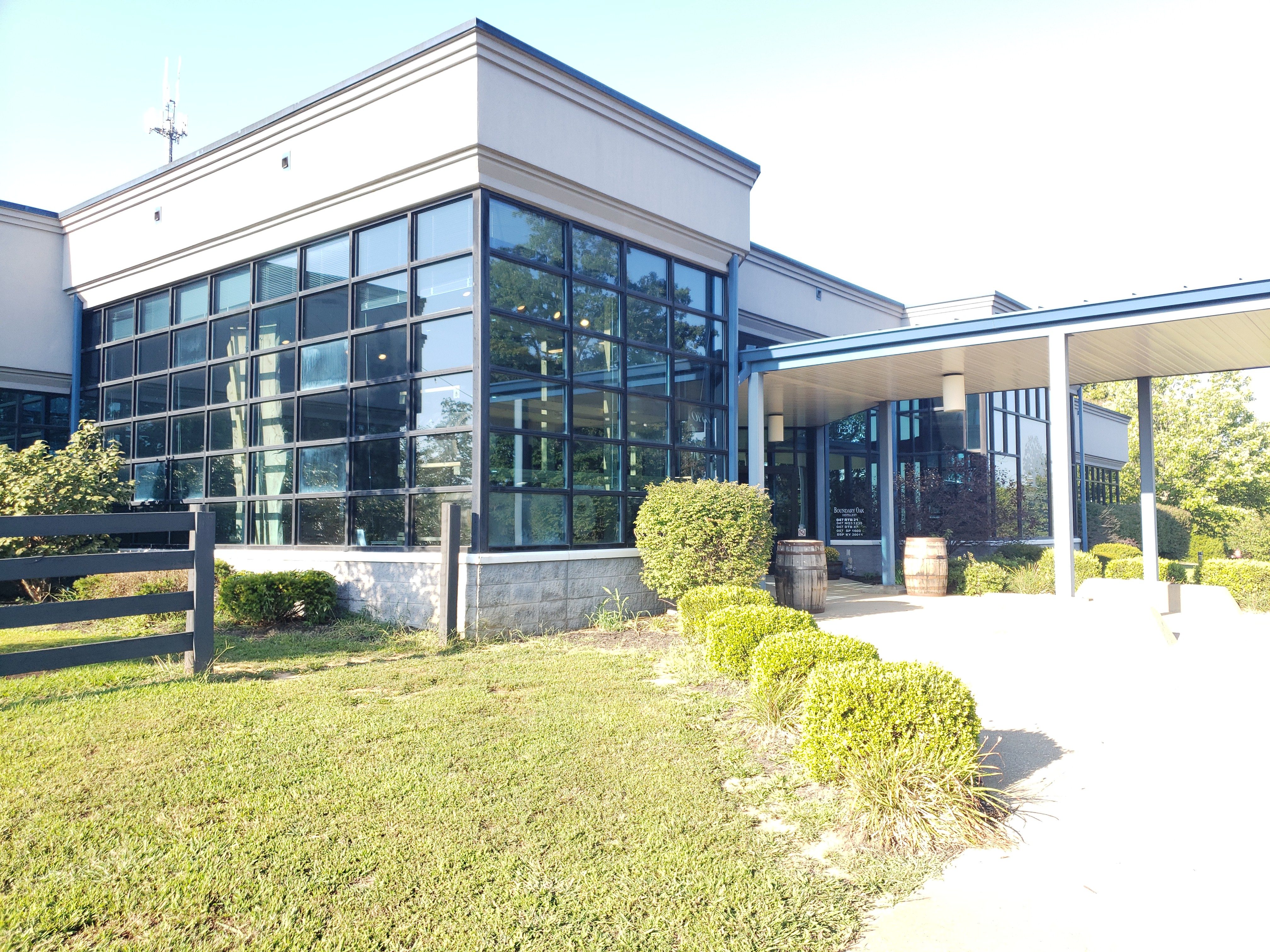 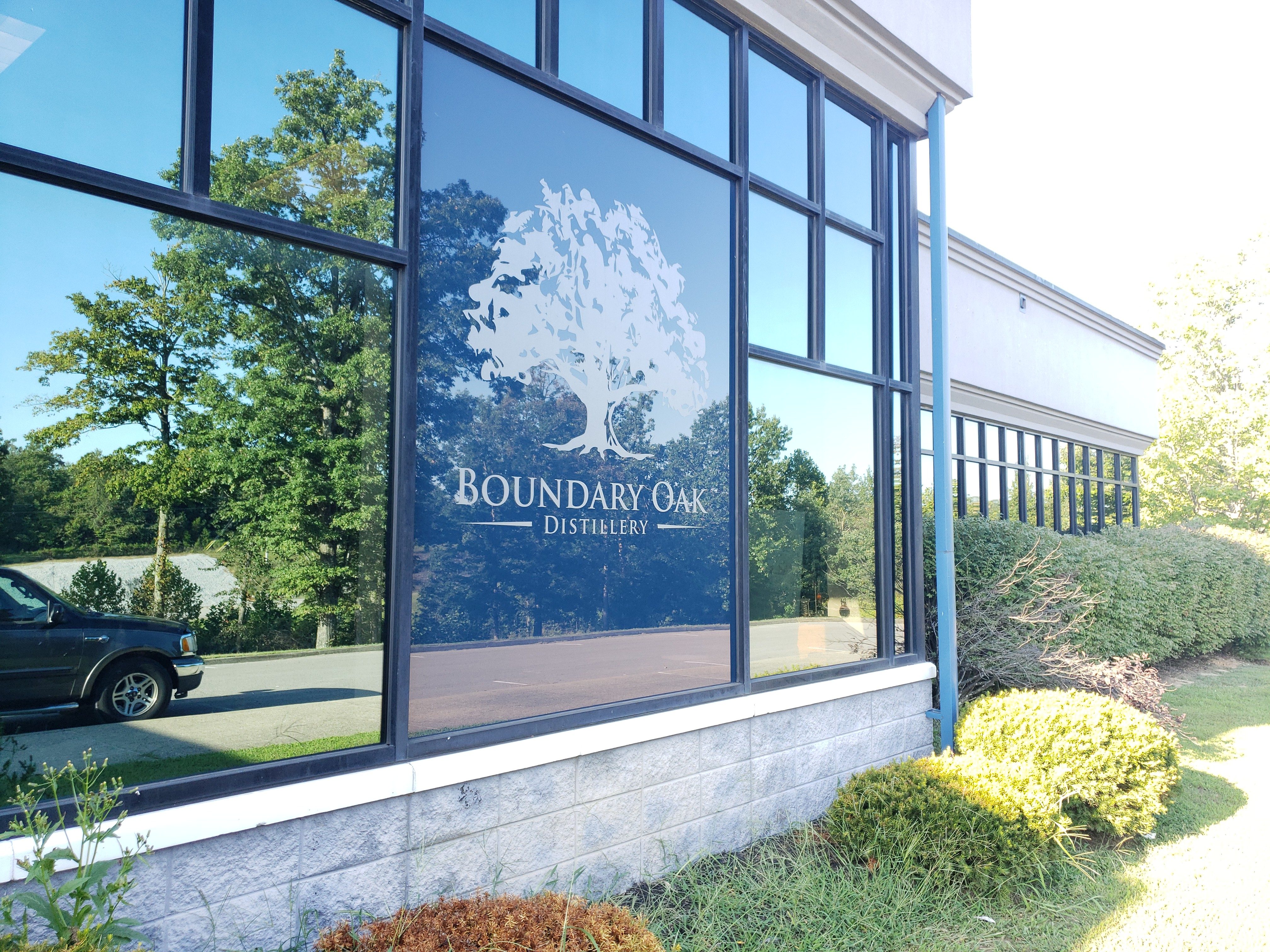 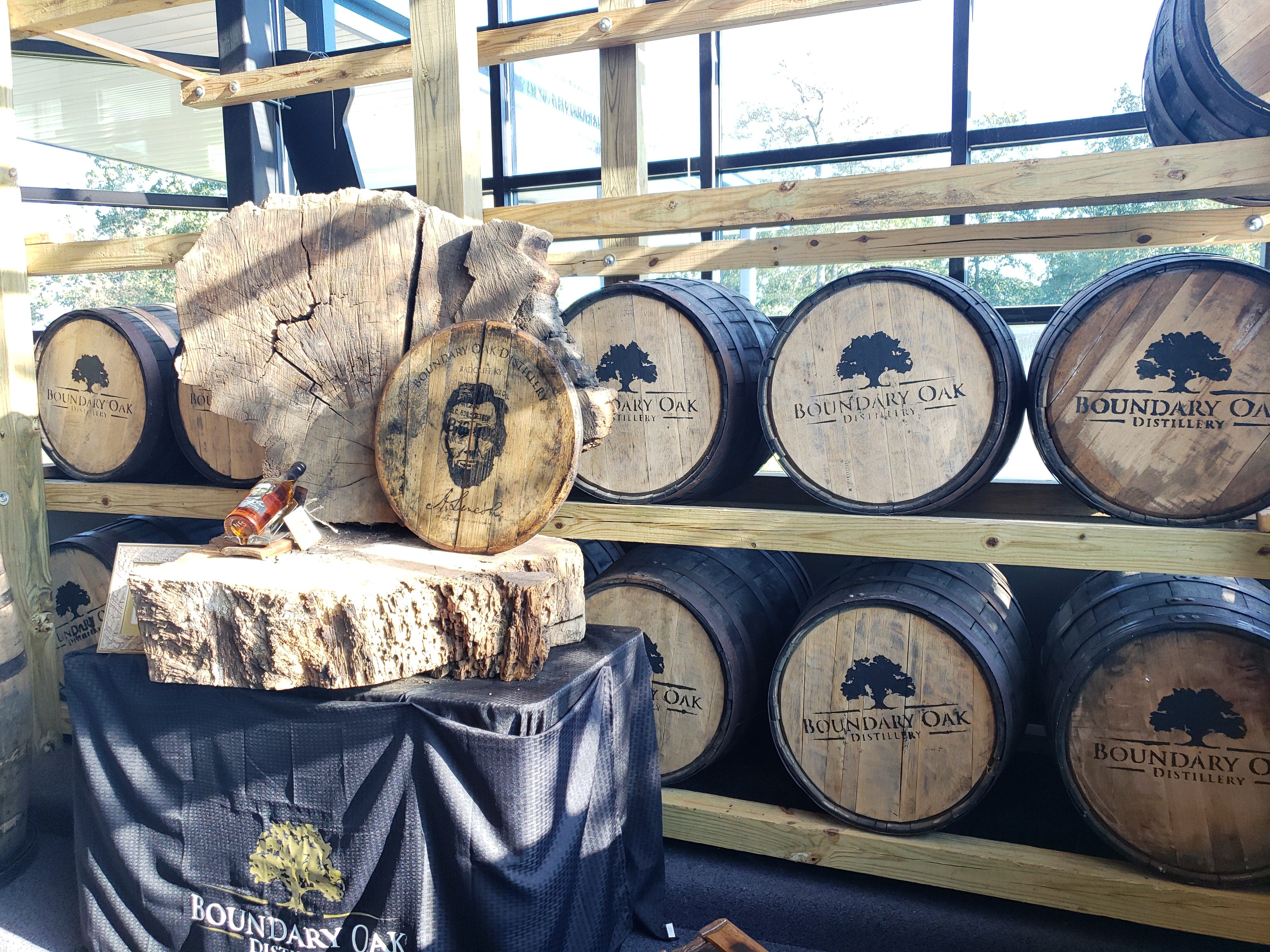 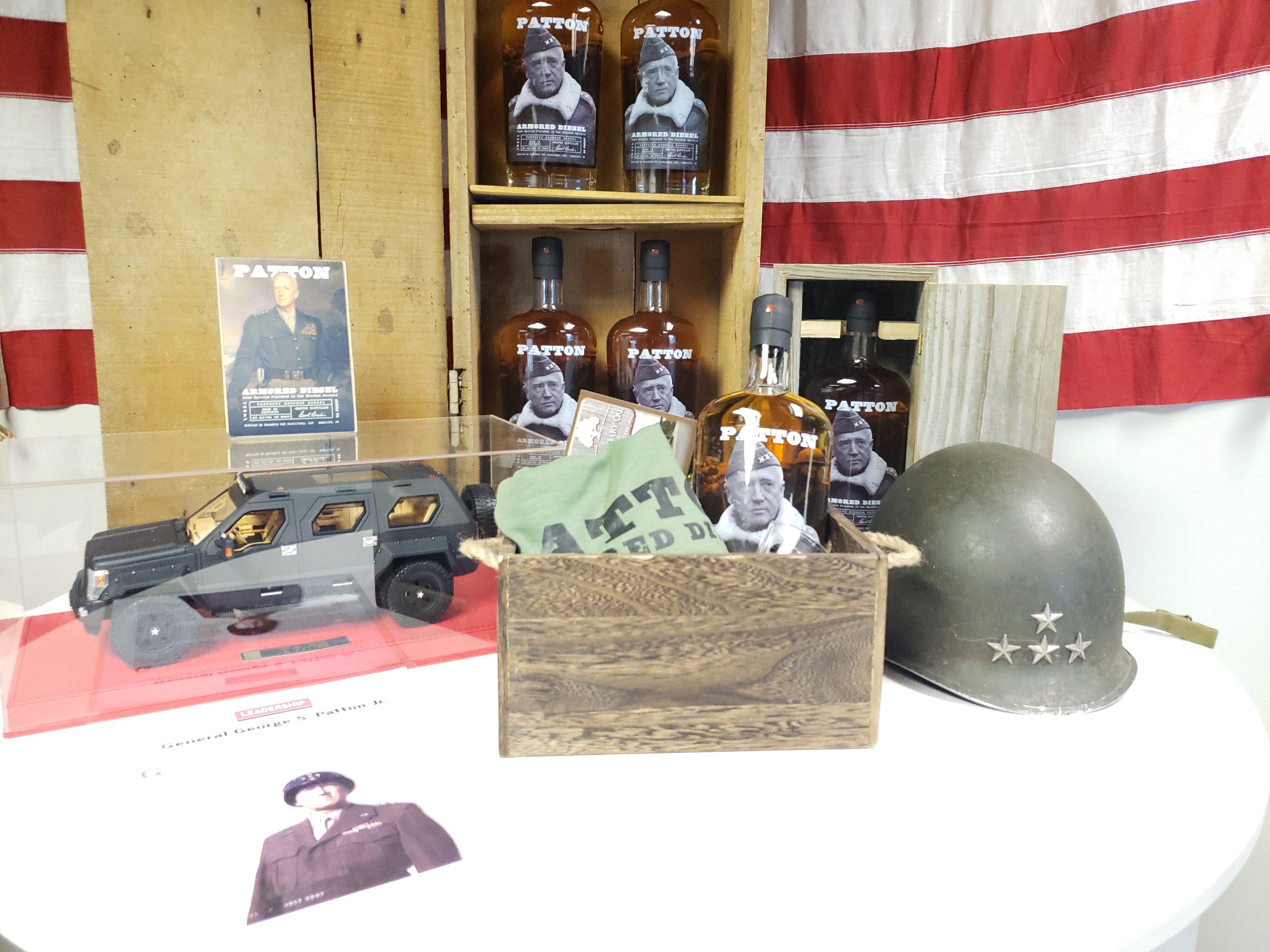 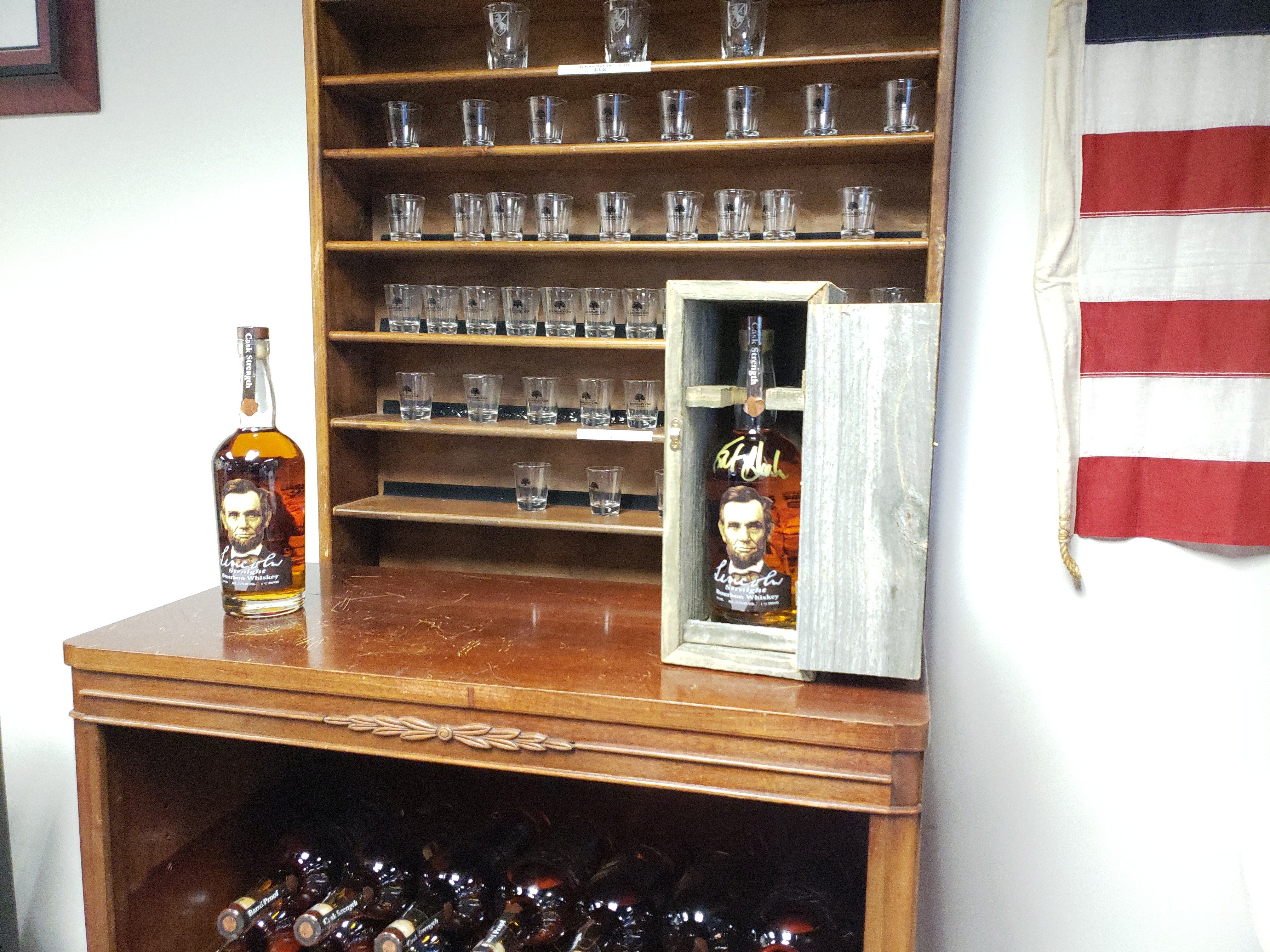 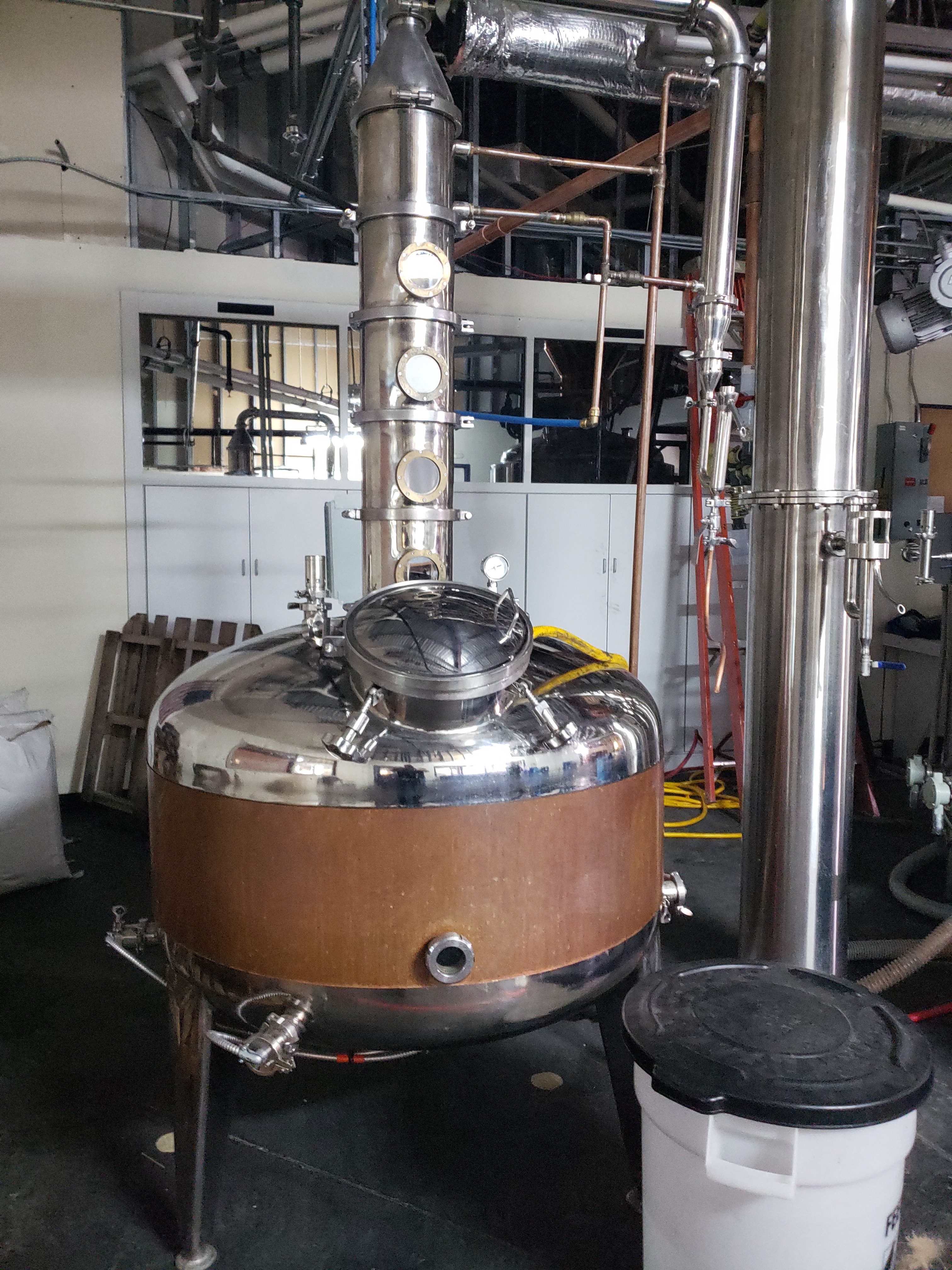 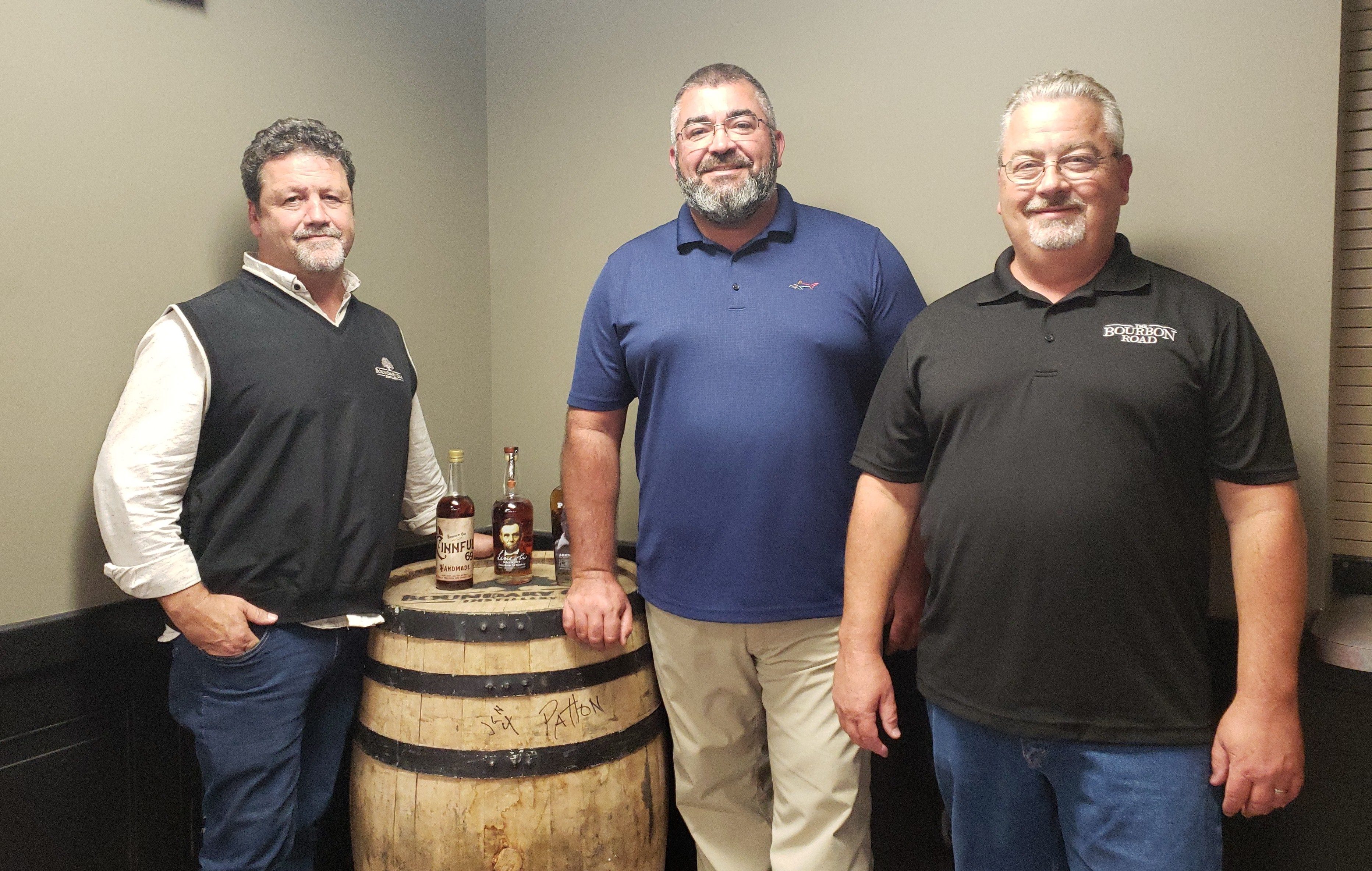