This week Jim and I were double lucky as we sat down with Lisa Wicker, the Head Distiller at Widow Jane Distillery. Thanks to our friends at the Oscar Getz Museum of Whiskey History, we were able to sit down at the museum for the recording. Sure sets the mood!

We are no strangers to the Museum having toured it on several occasions. Even though we had been here before, we took a little extra time to stroll its halls and take in all the old whiskey that it holds today. That whiskey and the museum will be another episode down The Bourbon Road.

Lisa is a legend in the whiskey world, but she didn’t start out in Bourbon. Her start would be at a winery in Brown County Indiana where she focused on all aspects of production. She eventually moved to Kentucky to help start up another winery. It was there she fell in love with Kentucky’s brown water, and would learn the craft of making whiskey.

Lisa has uses her talent of blending to marry the finest bourbons that Kentucky, Tennessee and Indiana have to offer into their Widow Jane 10 Year Old Bourbon. The expression is hand assembled in Brooklyn using only 5 barrels in a batch. Each batch is non-chill filtered & proofed with their own mineral water from the legendary Rosendale Mines of New York. The combination of expert blending and a unique proofing water delivers a whiskey unique in its intensity & complexity.

With a nose with vanilla and florals notes, it tastes of nutmeg and orange cream with hints of maple and cherry. It finishes with just a hint of cinnamon and charred oak on the back end. It’s no wonder this bourbon scored a 90 from whiskey advocate.

They are some big things happing at this small distillery located in the Red Hook neighborhood of Brooklyn, New York. Its old meets new in the City. Lisa explains that she sometimes forgets that she is even in the city. The distillery has both chickens and dogs, but no cat like most distilleries.

It’s a mystery that only adds to the eerie atmosphere of the cool, dark limestone halls. Some visitors claim they’ve seen the ghost of the Widow Jane, a young woman in a long white dress wandering through the stone pillars and cavernous rooms.

The pure limestone mineral water that has pooled there is hauled from the mine to 100 miles south and used to proof their whiskey. It was the limestone from these mines that was used to build some of New York’s and the country’s greatest structures: the gargantuan caissons of the Brooklyn Bridge, the Empire State Building and the 27,000-ton pedestal to the Statue of Liberty.

Our second pour is Widow Jane “The Vaults”. This limited release is of their rarest and oldest bourbons hand selected by Lisa herself. First they take 20 barrels of 14 yr. old and older bourbon, blend it and pour it back into Cask that have been air seasoned for 8 years. This ensures that absolutely nothing green or tannic is left Lisa explains. What comes out is something magical she says. So much so Jim and I have a hard time deciding who gets the remains of the bottle.

We had poured this early in the episode to let it breathe and open up. Were we ever rewarded for our patience? The nose on this is of worn leather, sassafras root and horehound (See the Collaboration – Bourbon Lens – Episode 24). As Jim says it, when everything you have comes from Tractor Supply or Rural King you’ll know what a horehound is. As I am sipping this I get Cocoa or as I state in the episode, a hot fudge Sundae. Wow this juice is amazing. It finishes with cherry and very little spice. Hmmm, how am I ever going to get Jim to give up this bottle, I will have to remind him of how much he loves the rye spice in the 10 year.

Lisa goes on to explain how she wound up at Widow Jane and how she connected with almost everyone in the bourbon industry. This will only help the distillery in the future was she takes it into the future of Bourbon.

Widow Jane will eventually distill all of their own whiskey and even have their own strain of corn (Baby Jane) which is used in their Baby Jane Bourbon Whiskey. This unique corn has depth, sweetness and creamy-spiciness that will surely drive this distillery on to higher success.

We can’t wait to join Lisa on her front porch here in Bardstown Kentucky and drink some of the bourbon she has stashed away. Until then sit back and sip on a bourbon that is old and rich while Jim and I take another trip down The Bourbon Road with Lisa Whicker of Widow Jane Distillery. 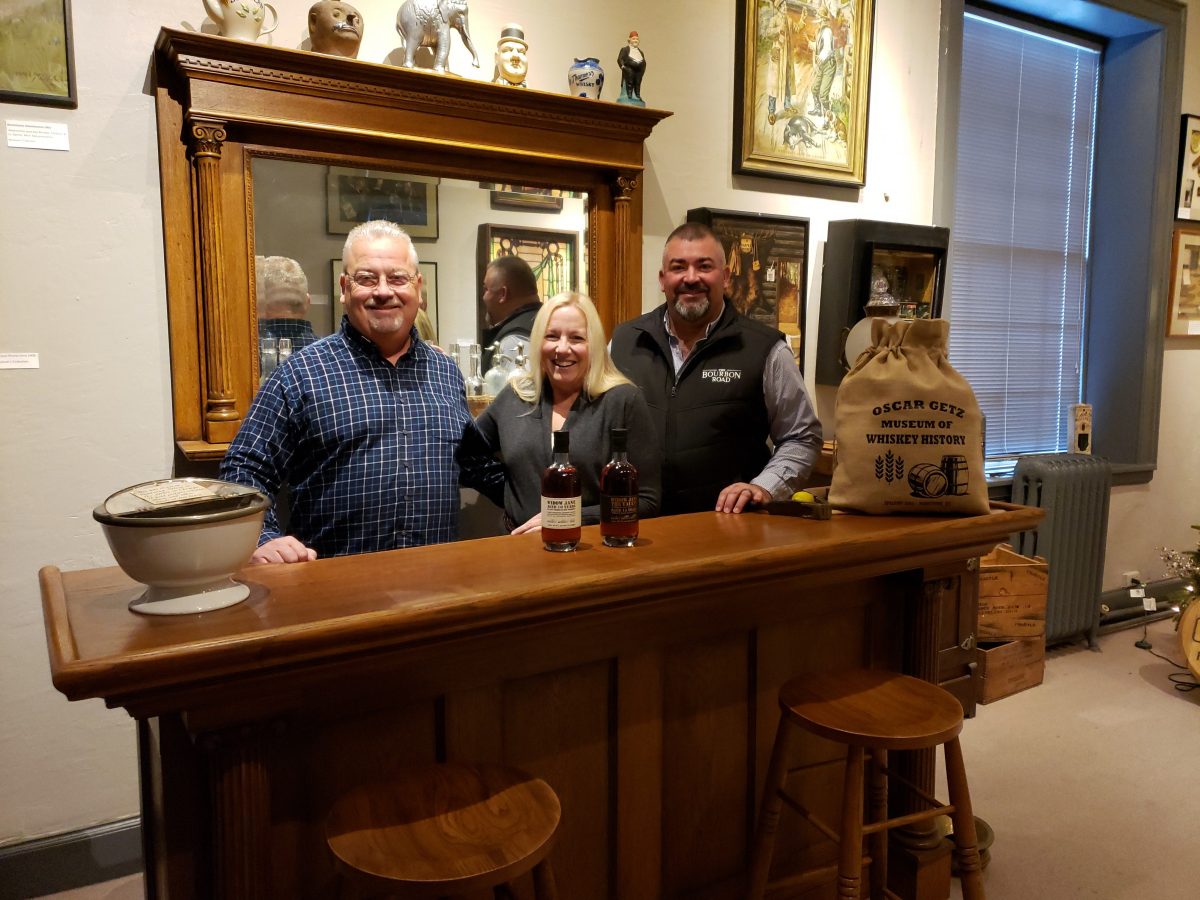 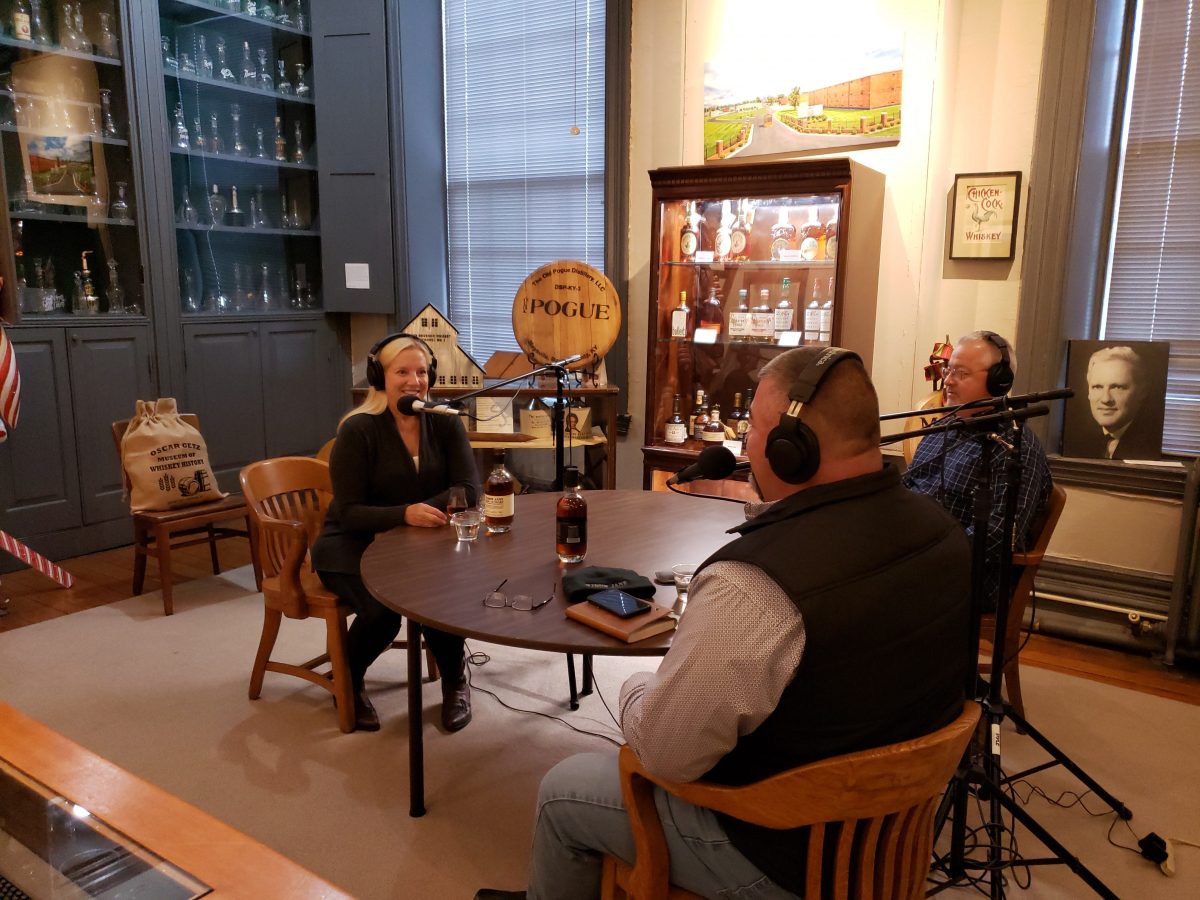 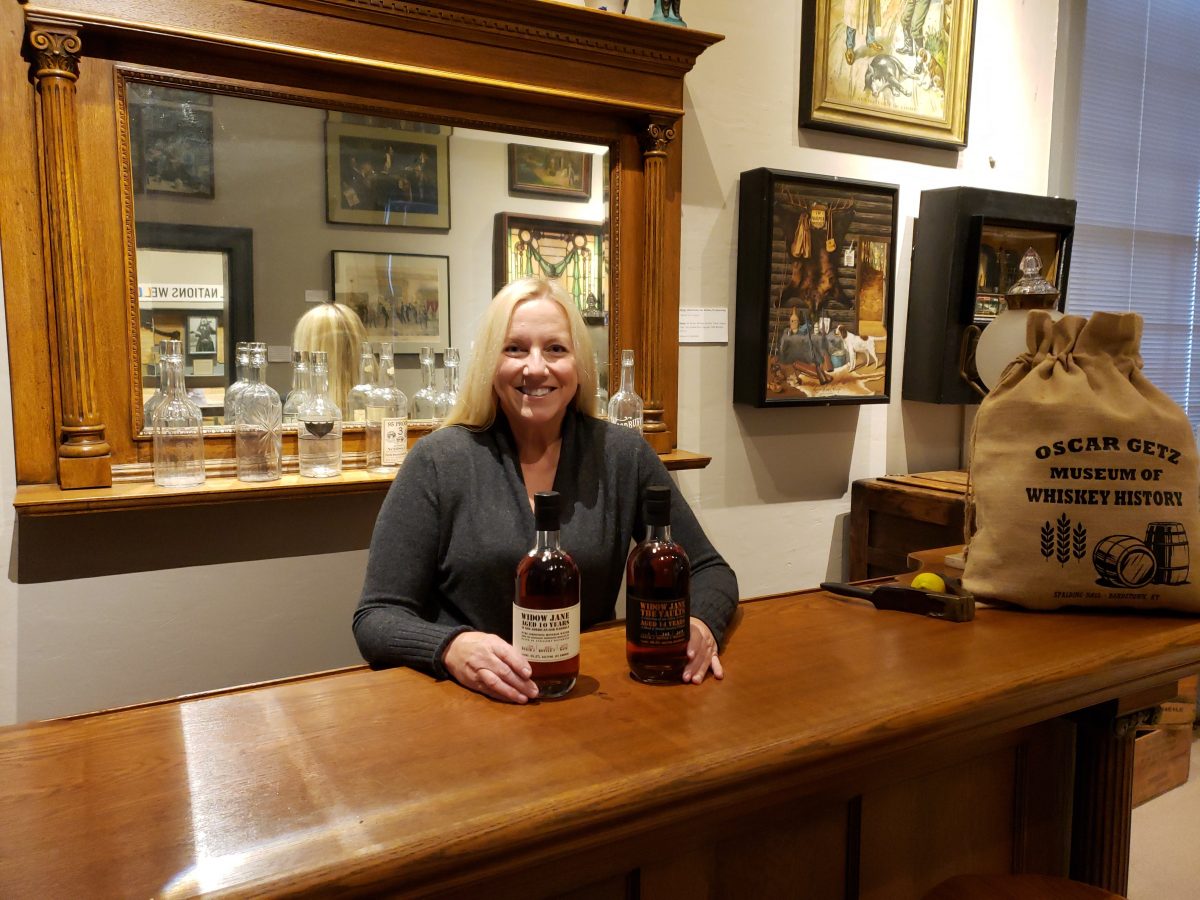 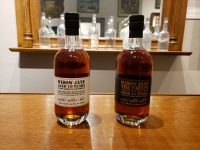