Can you remember that first whiskey and coke that you ordered at a bar? What kind of whiskey did you ask for and why did you ask for that drink? I have definitely had my fair share throughout the years. The reason I ordered it was that it was simple to order. Every bartender from here in Kentucky to Timbuktu knows how to make it. Hell if I was in Timbuktu it would actually taste refreshing on a hot day there.

The first known mention of making a cocktail with whiskey and Coke was in a 1907 report of an employee of the United States Bureau of Chemistry and Soils, who encountered the drink when visiting the South, and said the proprietor called it a “Coca-Cola high-ball”. From that point on it would become the gateway cocktail for new whiskey drinkers around the world.

Even to this day it is a habit for the wife and me to purchase Coke whenever we are having a party for our guest to mix whiskey with. There is no recipe for us to follow and we more than likely don’t use a jigger to measure that amount of whiskey that goes into the plastic cup. Its, pour some whiskey and some coke over ice, stir with my fat finger and we are off to the races. Yes I wash those fingers first.

Well, in comes Jim with his Coke linage. His father worked for Coca-Cola for most of his life and you will hear him say that his dad always had Coke in the house. What’s that old saying about don’t bite the hand that feeds you? Jim asked me which whiskey makes Coke taste the best. What did he just say? Is that even a question? I had to really give it some thought. I have had coke with all kinds of whiskies over the years, Old Crow, Military Special, Kessler and even Ten High.

Hey don’t judge, I was a young man once with empty pockets and worried about how I was going to stretch that military pay check over a month. But seriously, Jim’s question really had me thinking. I had never really sat and thought about it or had time to conduct some type of taste test. I always just grabbed what was available and mixed it with coke. I never liked Pepsi, RC Cola or any of the other sodas that try to claim they are as good as coke, so for me it has always been Whiskey and Coke and I assume it has always been the same for Jim.

So the idea for this episode was born with Jim’s simple question and his response. Let’s do an episode to find out what makes coke taste better. Now just a disclosure, no high proof or high dollar bourbon that we love was harmed in the recording of this episode, nor did Coke sponsor it. We would choose six whiskies that anyone can get their hands on, well maybe there is one that has become a little difficult to find but that was fine with us.

I would pour and Jim would taste, what’s that you ask? Why of course I’m going to drink some whiskey and Coke with him. We used 8 oz. clear cups, ice from my ice maker, and a jigger to keep all the samples the same, a stir stick because of Jim didn’t want my fingers in his glass, along with those red cans of Coke.

So go grab some cans of Coke, some whiskey and make yourself a “Coca-Cola high-ball” as Jim and I take The Bourbon Road to find out which whiskey makes Coke taste best. Cheers 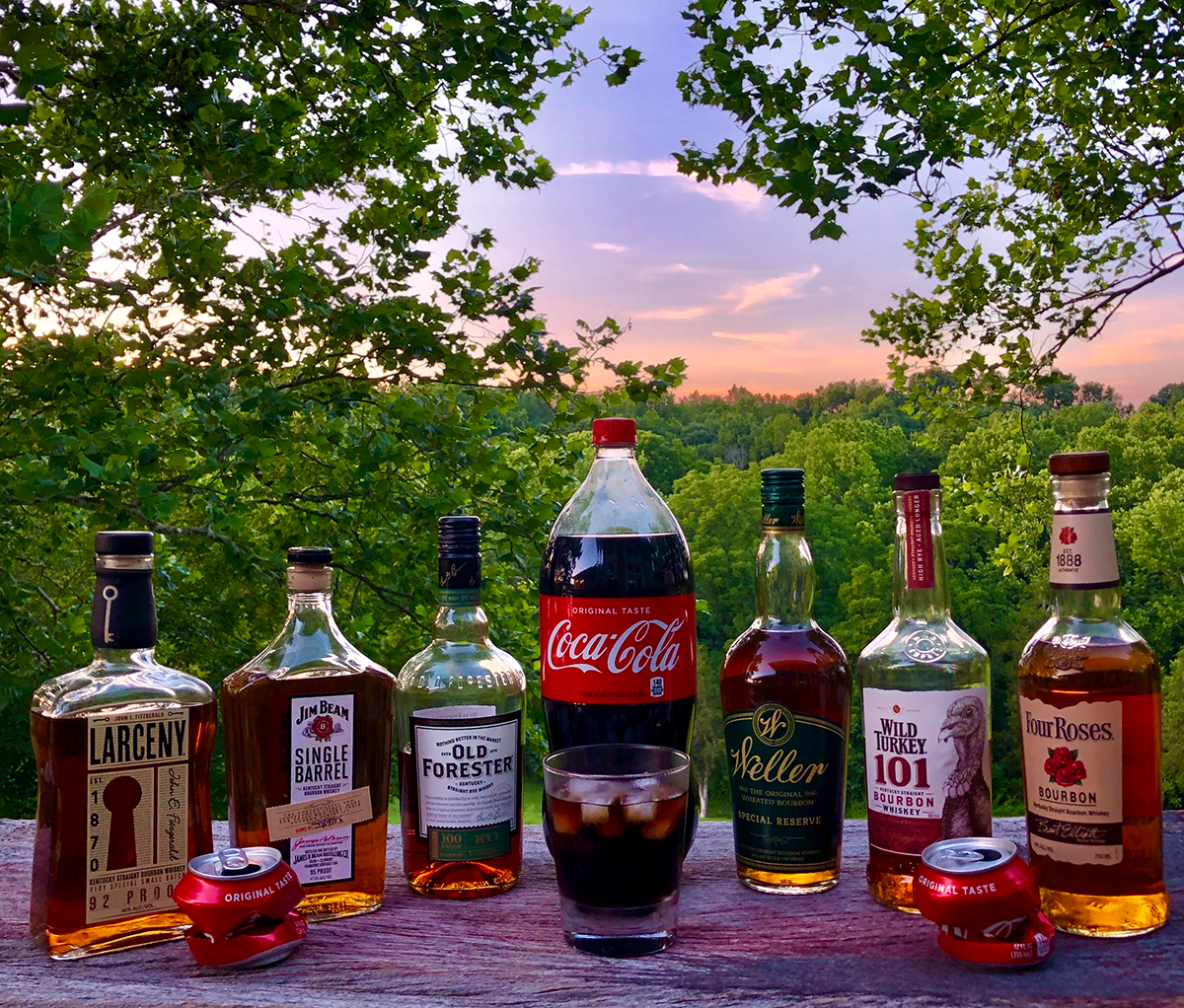