A couple weeks ago a Black Cadillac Escalade pulled up the drive of Jeptha Bend Farm here in Shelby County Kentucky. It was a Mint Julep Tours car that had arrived to take my wife Vivian and I to the James B. Beam Distilling Company, about an hour drive southwest for their new Clermont Supper Club at James B. Beam Distilling’s The Kitchen Table. This Supper Club is a one of a kind experience were we were joined by  7th and 8th generation Master Distillers Fred and Freddie Noe and The Kitchen Table Executive Chef Brian Landry for an after-hours culinary and Jim Beam Bourbon pairing experience. This dinner in fact featured the newly released Hardin’s Creek expressions Jacob’s Well and Colonel James B. Beam paired with exquisite southern cuisine.

Now our driver from Mint Julep Tours knew there would be traffic so he took the backroads through Taylorsville and Deatsville almost following the Salt River. In Deatsville he drove us past the old T.W. Samuel’s Distillery with its beautiful steepled-roof rick houses. What a start to a night. As we drove we both sipped on  Highballs To-Go from Jim Beam. The Jim Beam and Ginger Highball made for the perfect road cocktail. This is the way to get to and from any whiskey event. Now the Beam Family like to say that bourbon and food are two key ingredients in creating memories and traditions. We were so grateful for the invitation to join them for a new tradition, the Clermont Supper Club at the homestead of the James B. Beam Distillery! The Clermont Supper Club is a new series of individually ticketed events that will feature a curated culinary & bourbon pairing experience at our very own restaurant, The Kitchen Table. Each dining experience will highlight a unique whiskey expression along with a custom 4-course menu, as well as guided tasting and stories from their two Master Distillers.

Wow we were greeted by the staff and handed a cocktail right away while we listened to a three piece James B. Beam Bluegrass Band in the gardens between the American Outpost and The Kitchen Table. Several of our friends were in attendance like Seth Thompson from Bourbon Review and Fred Mozenter, a famous tour guide from Buffalo Trace. The room was seated for about 60 people altogether with pours of each expression of Hardins Creek along with soda water, water and ice glasses in between the two pours. As each course came out Executive Chef Brian Landry explained his vision of why and how he prepared each dish to enhance the bourbon experience. Both Fred and Freddie told of how their family would gather at their kitchen table to enjoy meals and bourbon as a family.

The first course was braised pork cheek with black truffle and grits. Rich and delicious. Next up was country ham wrapped trout with young lettuces and black eyed peas. This is something straight out of my grandmothers kitchen and it brought me back to found memories of fishing in north central Arkansas with my grandfather for trout with a cane pole. The third course was hickory smoked hanger steak with bone marrow potato roesti, blue gouda and chanterelles. This dish could easily be on the menu of any high end steak house around the country. Last up was a dessert of bourbon chocolate mousse with bacon pecan cracker jack s, tart cherry sherbet and pork rinds. The perfect ending to an amazing meal enjoyed with my wife I thought, but to my surprise there was much more.

To add to our dining experience Freddie Noe pulled up a chair and spent half the dinner with my wife and I chatting about the Whiskey industry, media and family. It was nice to see Freddie as just a guy telling stories of meeting his wife or a guy that enjoys life and great bourbon. I felt bad for other guest as I was getting the ultimate Beam Experience.  Freddie told us of his travels over the last week and the pour guy must have been exhausted but in the end he still  seemed to find time to enjoy his daughters soccer game and time for bourbon enthusiast at this one of a kind supper. We have certainly been there as parents. After the dinner guest were guided outside were trays of exquisite mini desserts paired with a chocolate old fashioned awaited us one our way to the American Outpost. Inside the American Outpost guest were able to purchase both expressions of the Hardins Creek Bourbons while being entertained by the Noe’s and their wives.

If this sounds like a bourbon event you would like to enjoy, James B. Beam Distilling Company has three more Clermont Supper Club dinners planned this year where they will pair amazing food with special releases of bourbon from this historical distillery. The dinners will be on September 17th, October 28th and November 17th and will cost $250 per person plus taxes. Visit https://app.anyroad.com/i/jim-beam-american-stillhouse/c/tours to buy your tickets to the Clermont Supper Club at James B. Beam Distilling today. You will not regret this one of a kind experience with one of the most genuine families in bourbon. If you cannot make one of this year’s suppers don’t worry, James B. Beam Distilling Company has several planned for 2023 and beyond. We would like to personally thank Manuela Savona and her company https://www.savonacommunications.com/about as well as the Noe’s for their hospitality and continued support of our podcast. Cheers 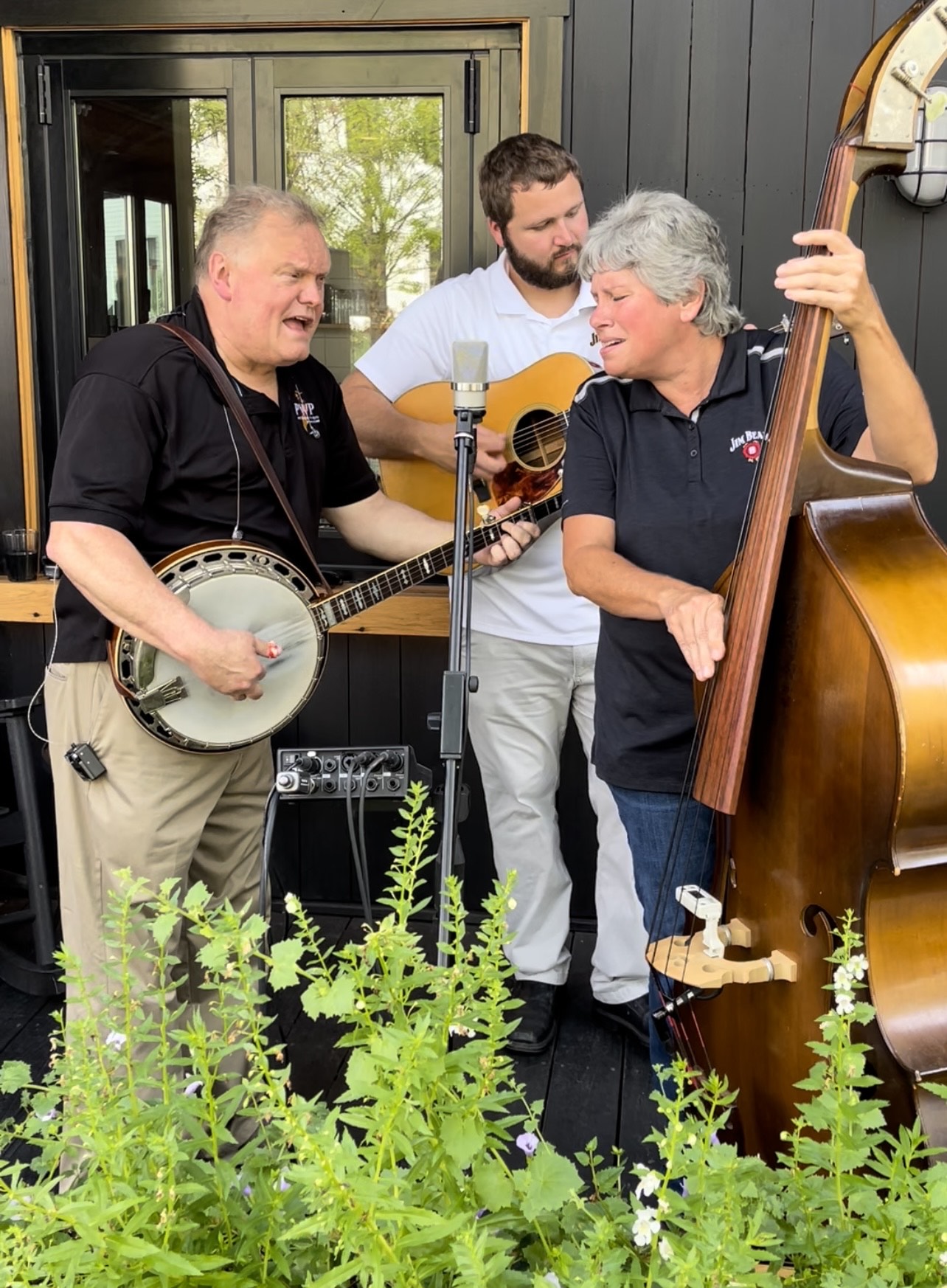 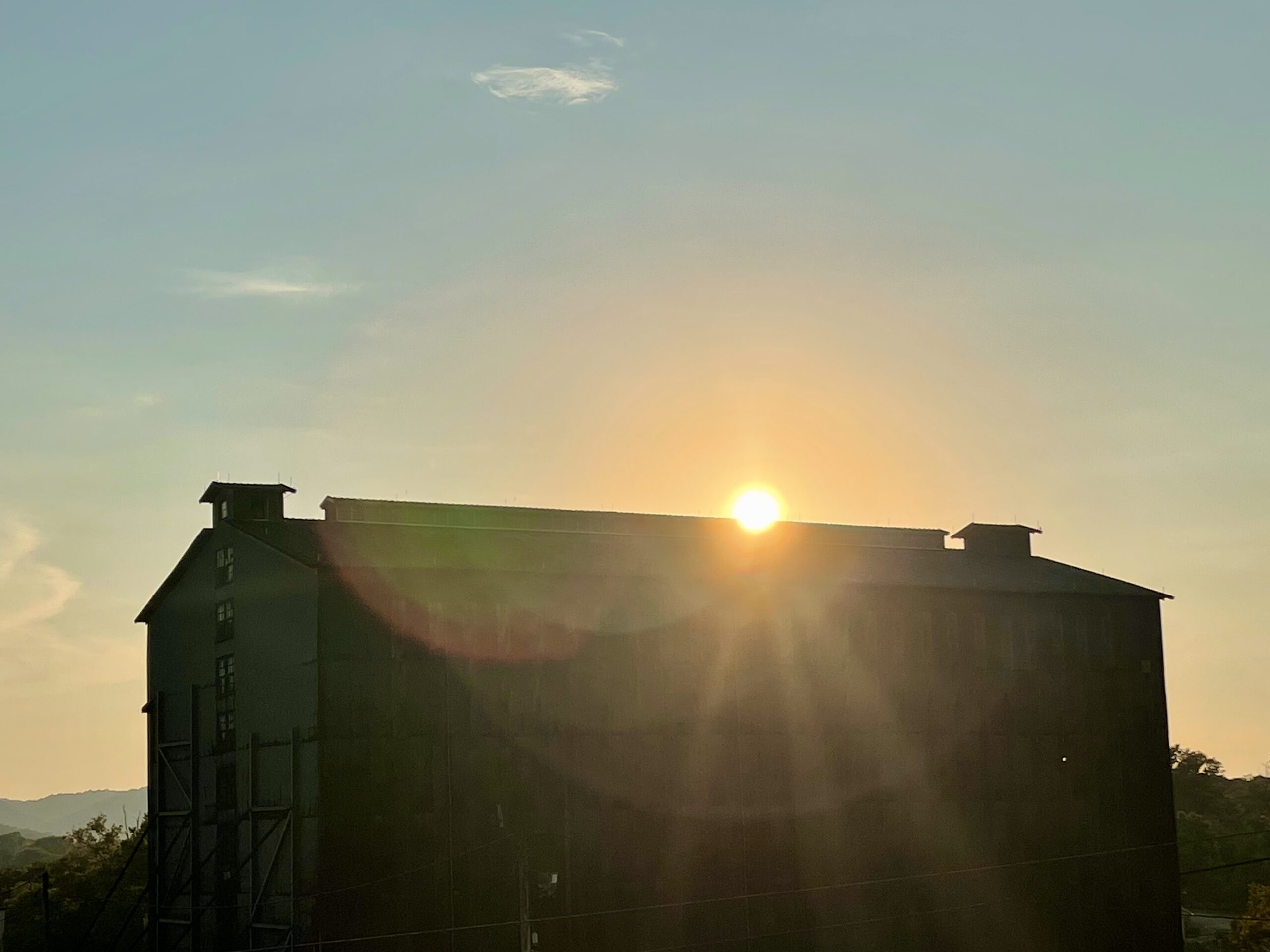 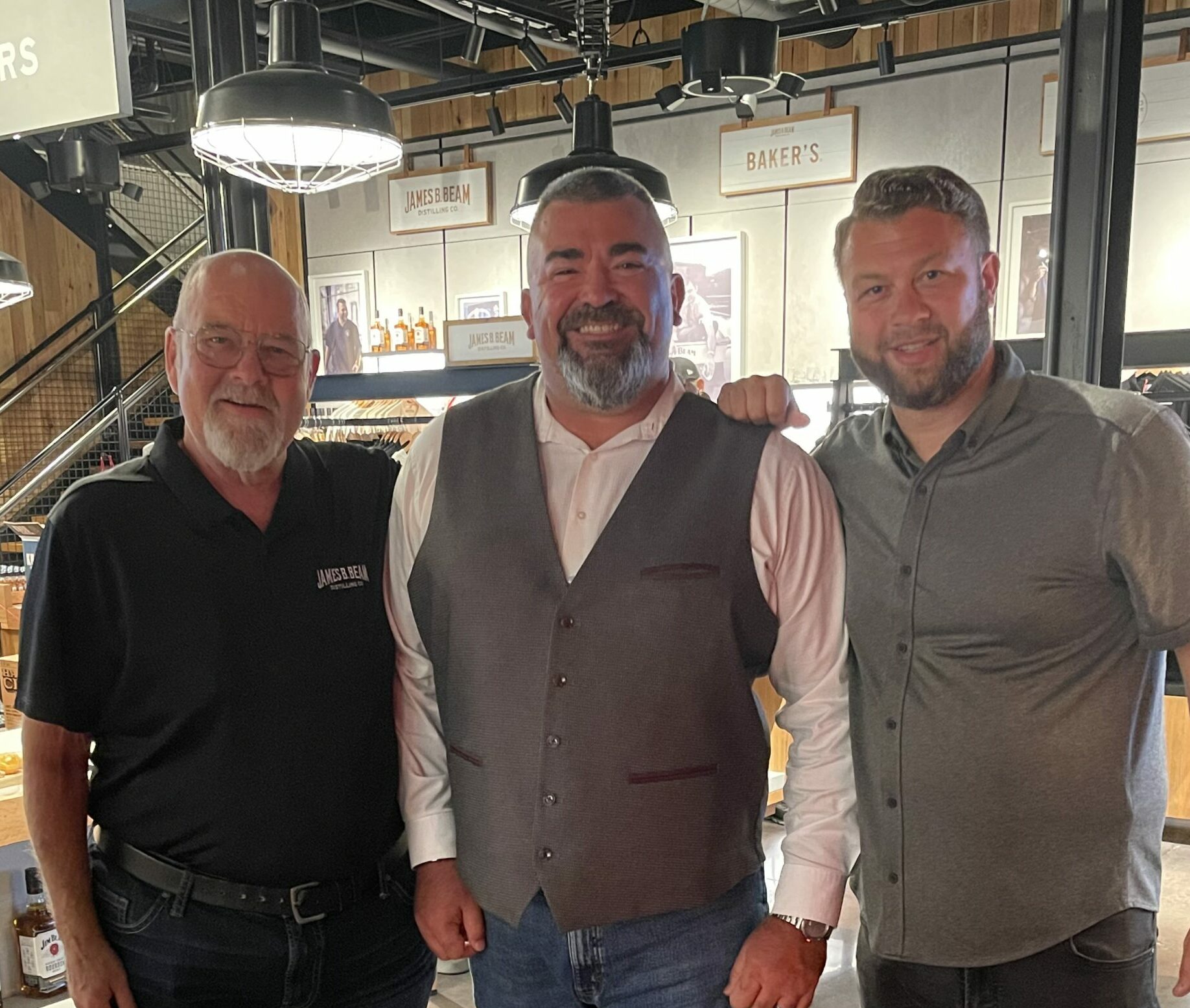 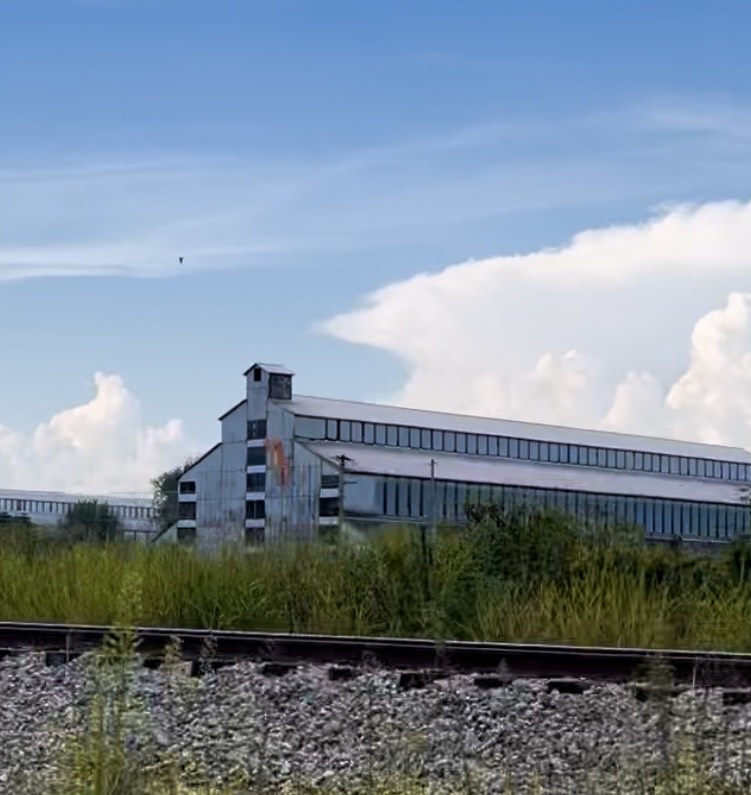 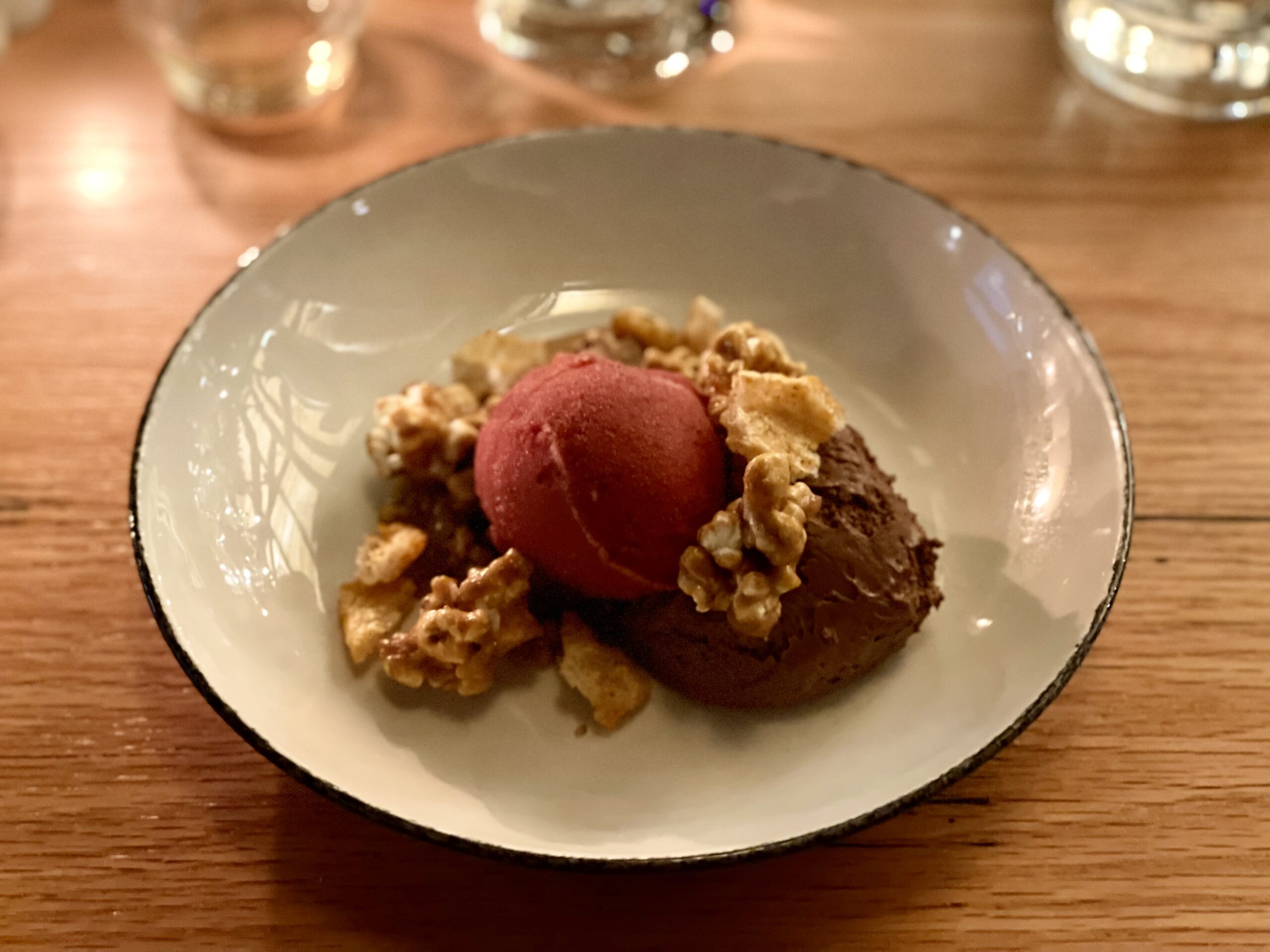 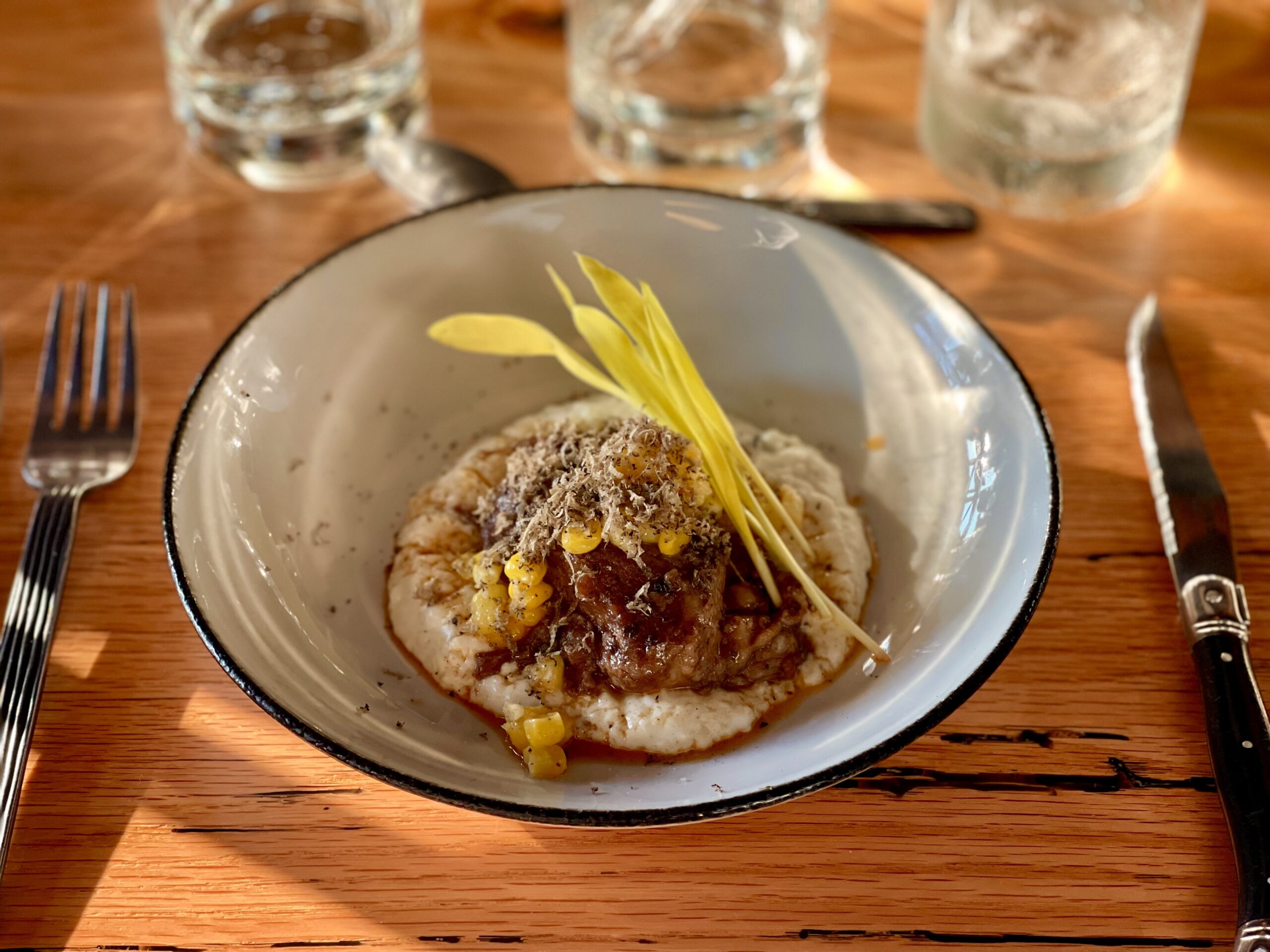 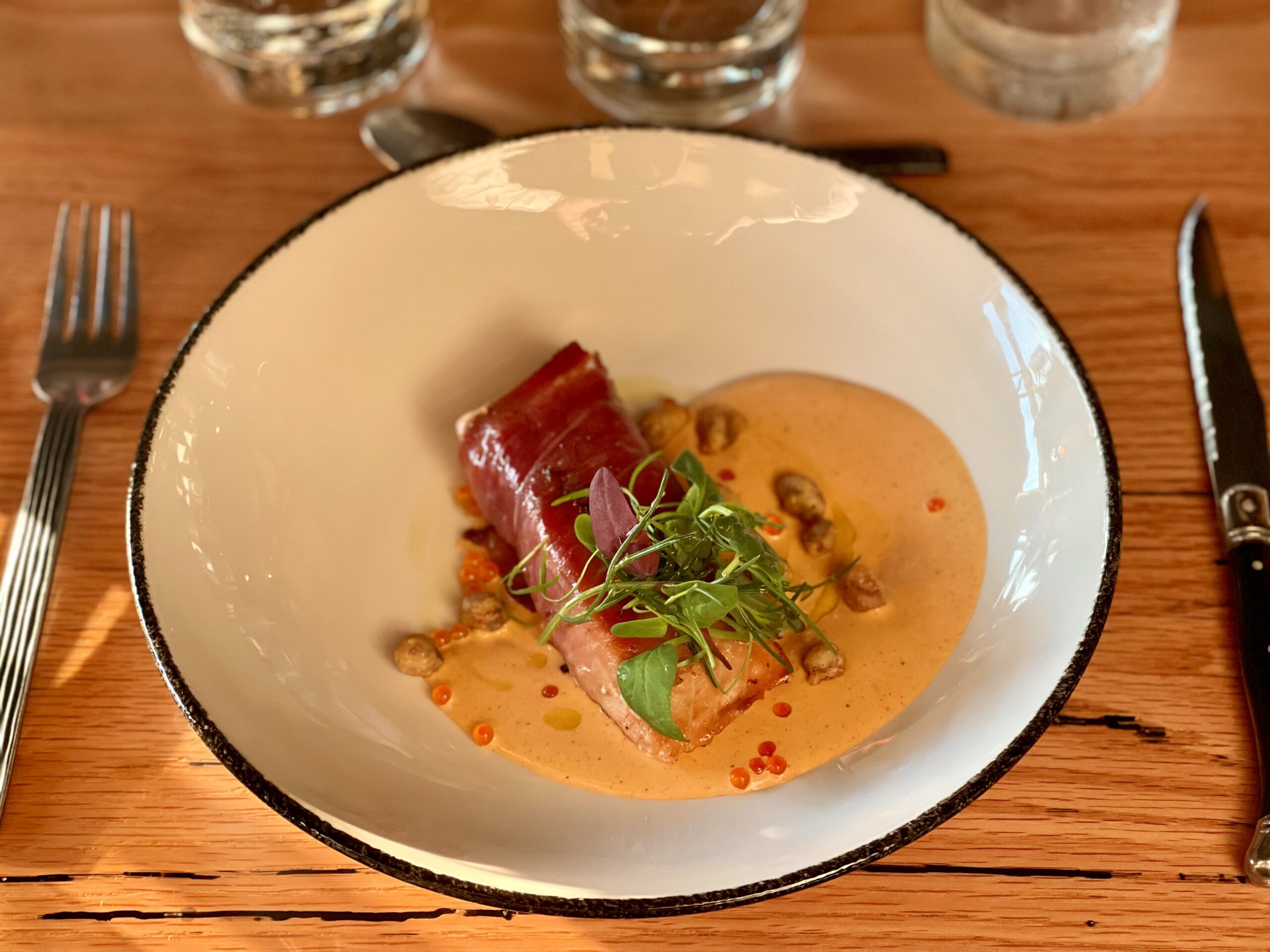 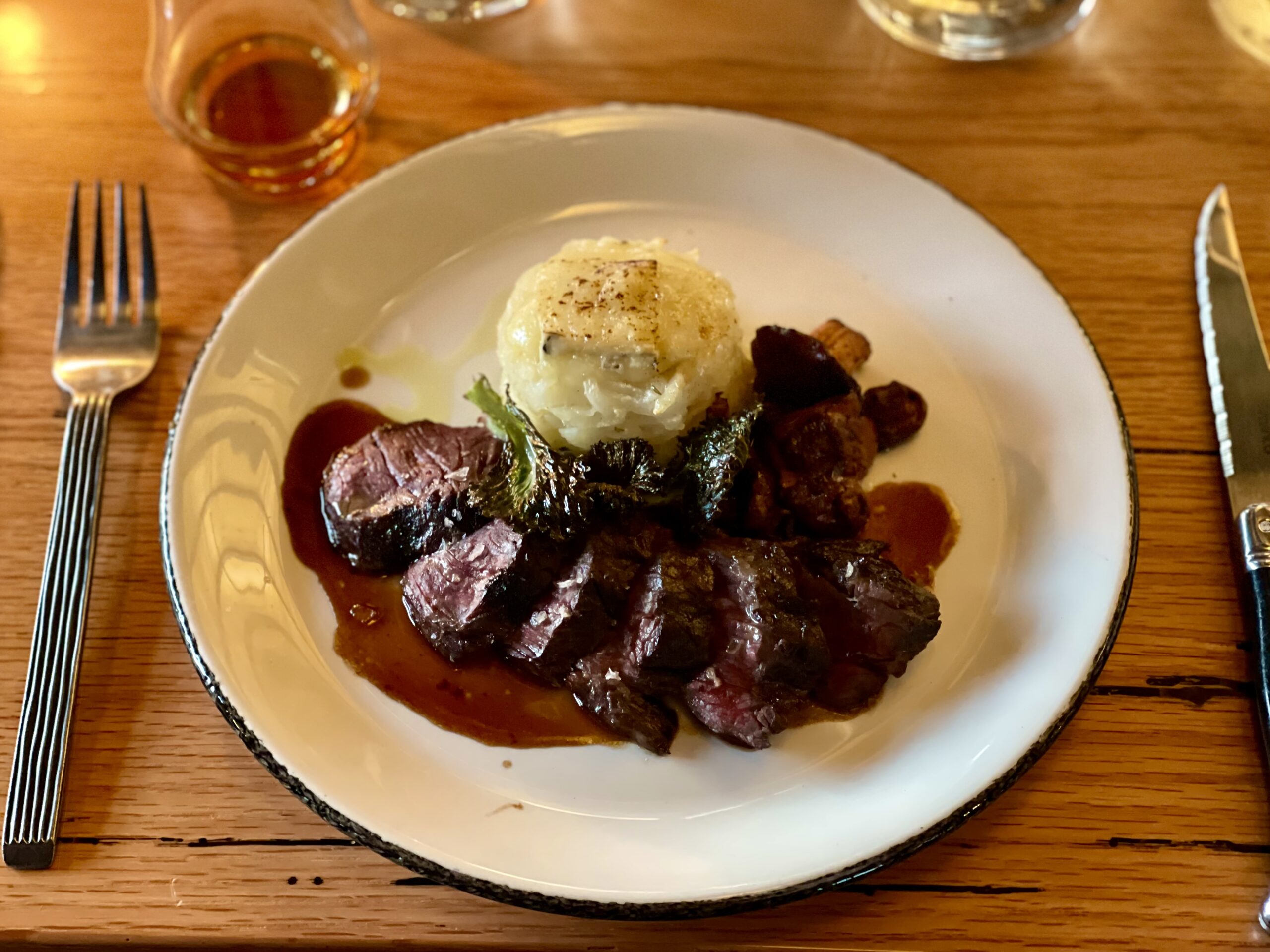 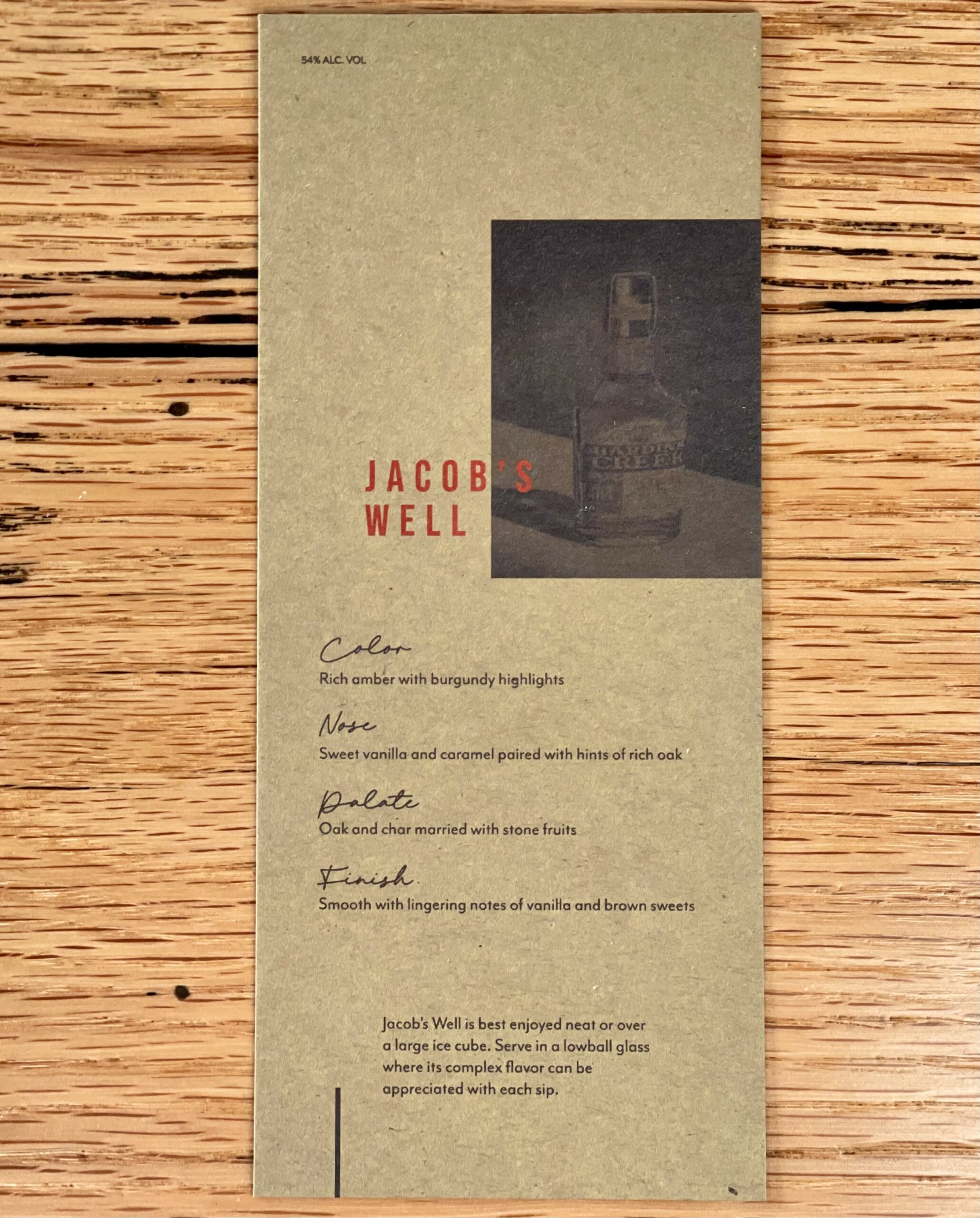 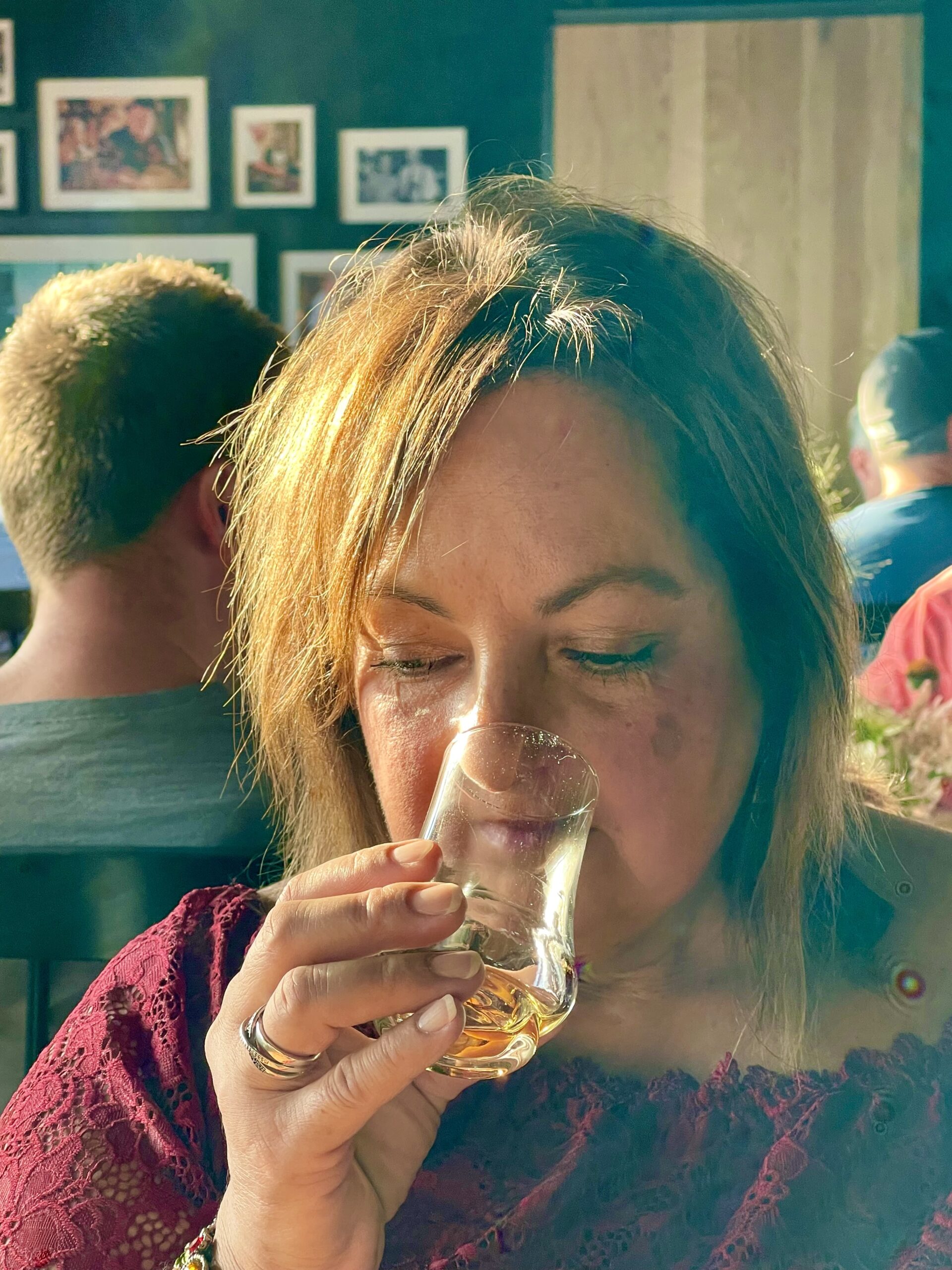 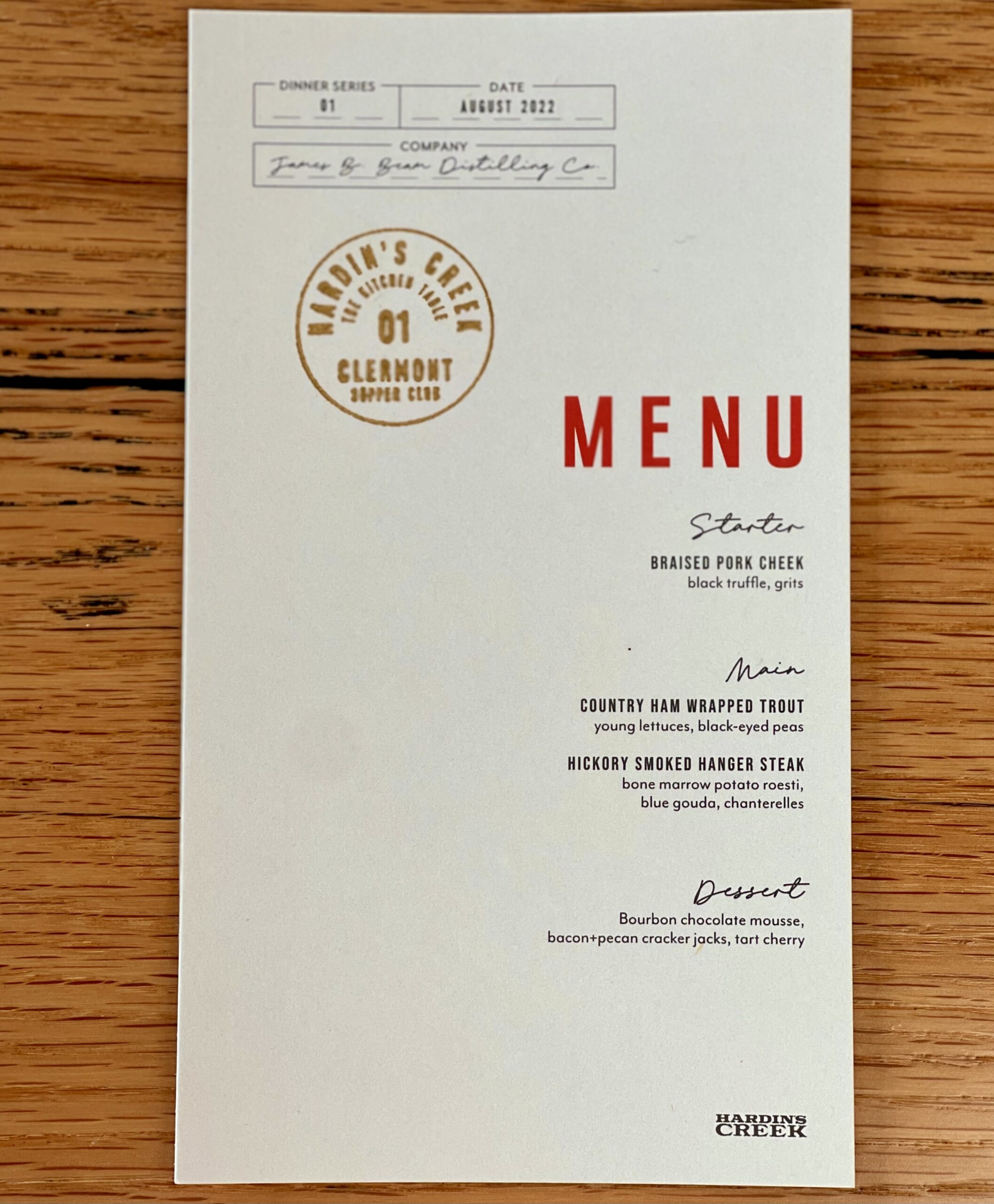 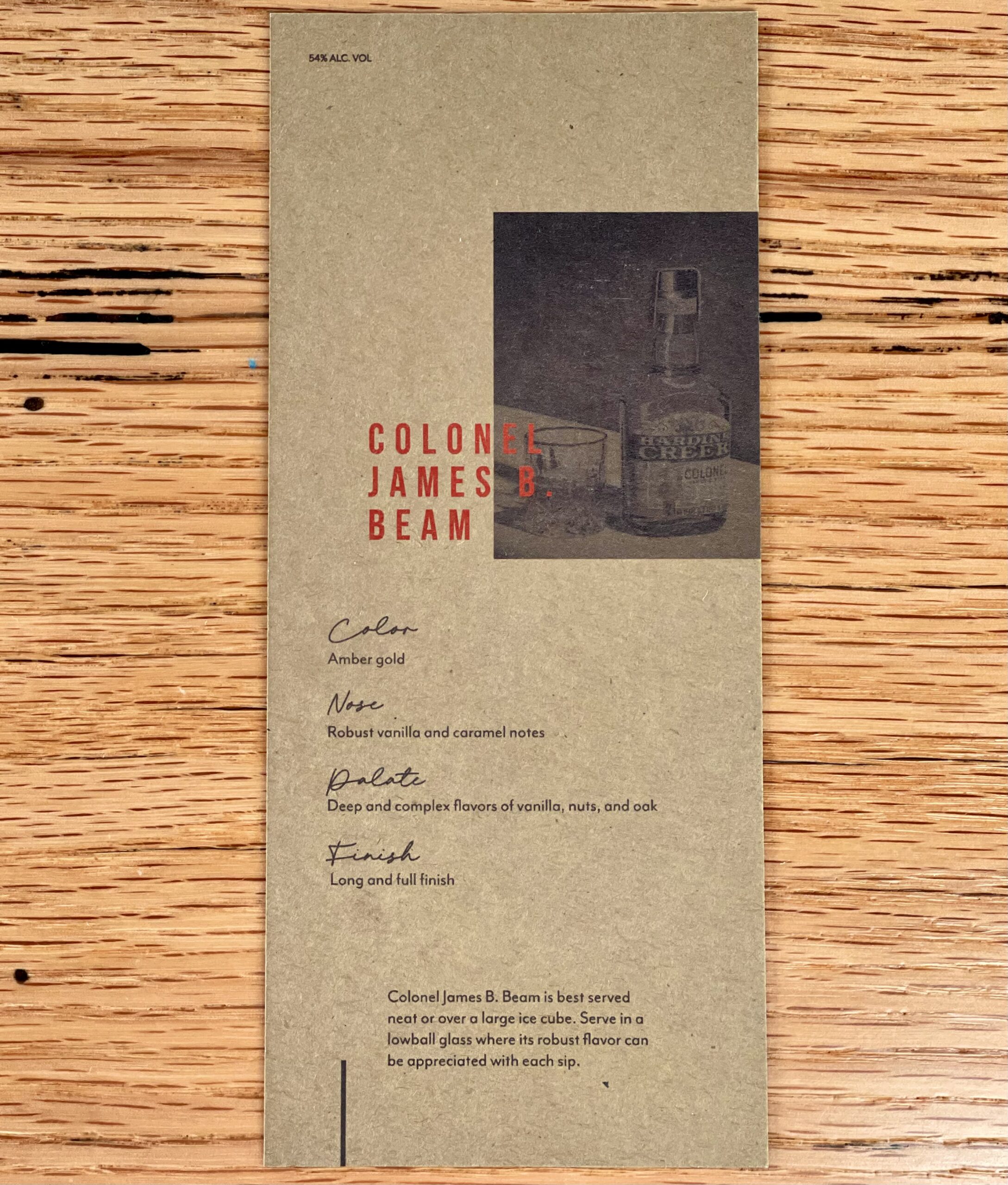 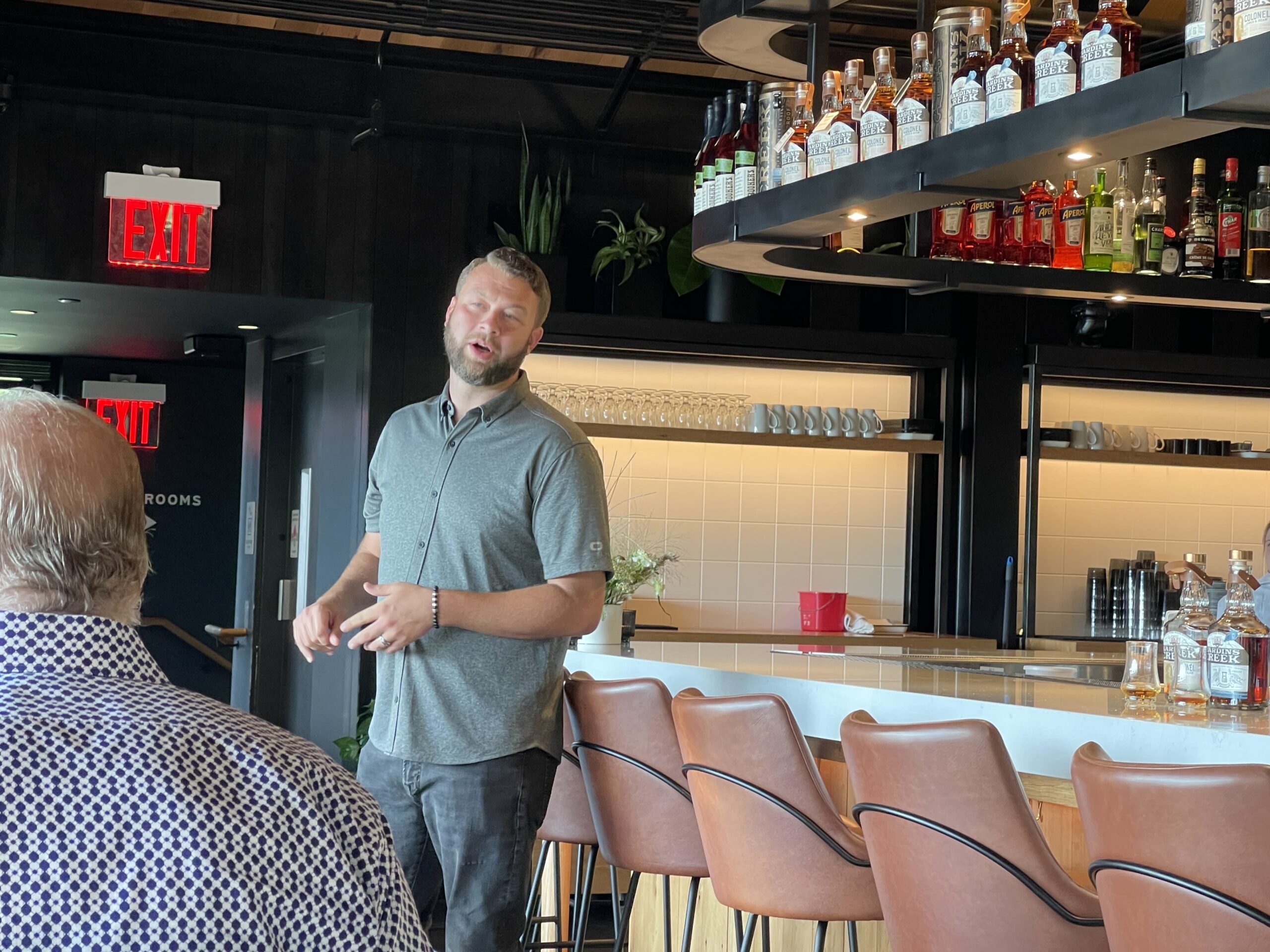 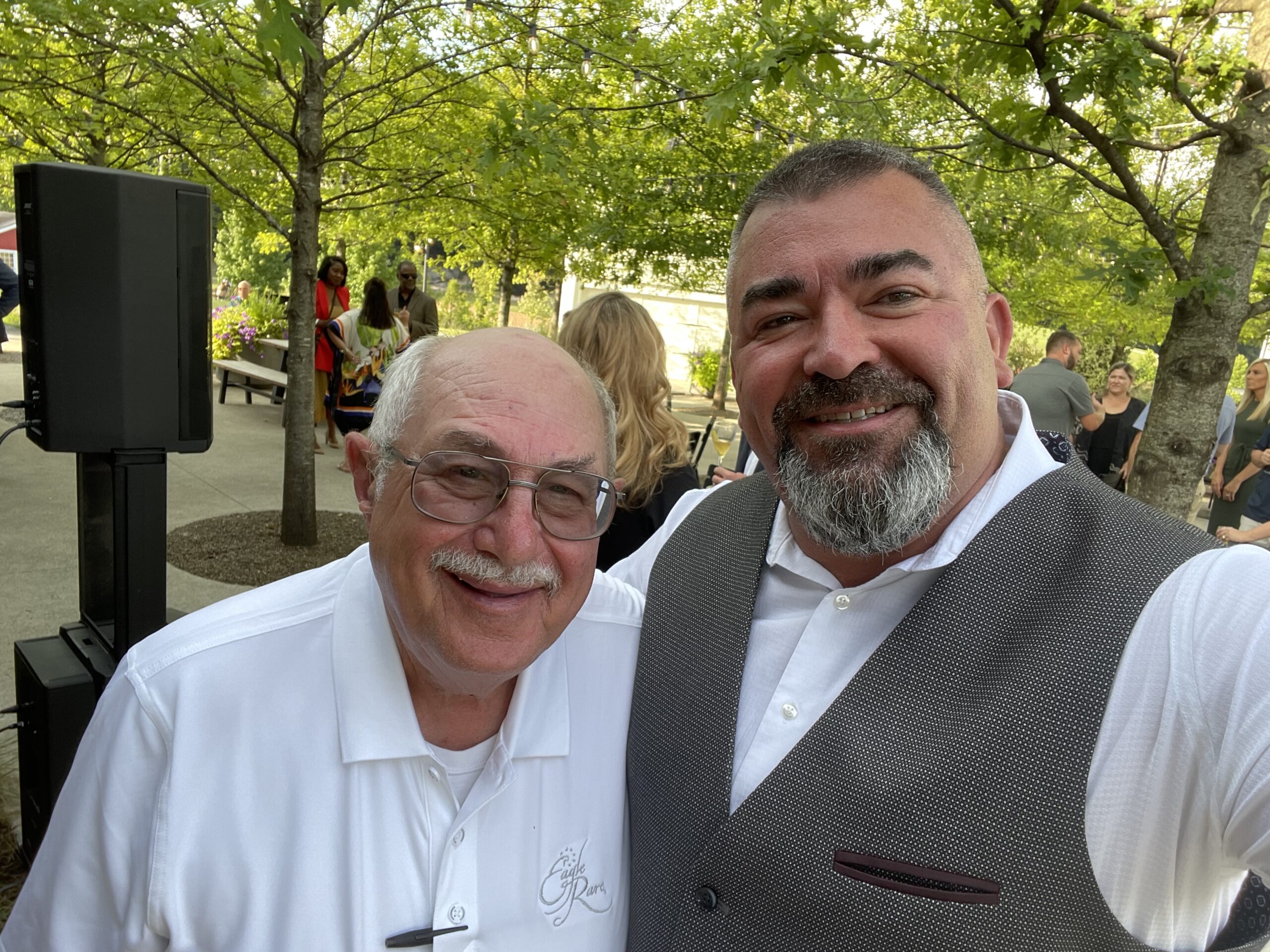 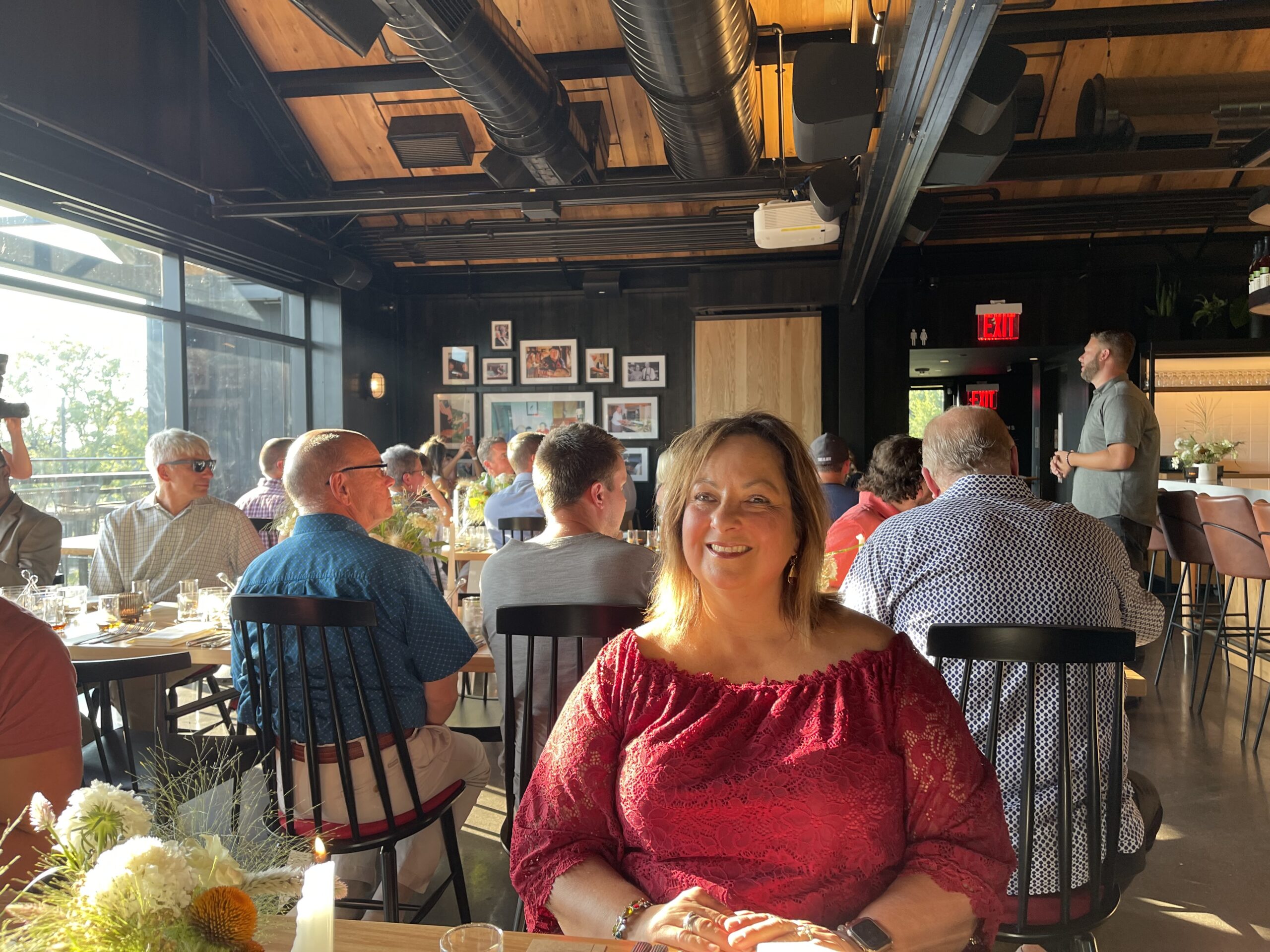