The Bourbon Road took a trip up north to the beautiful city of Indianapolis this week to tour and sit down with Hotel Tango Distillery. We felt their story was appropriate for Veterans Day as Founder and owner Travis Barnes is a Marine Corps Veteran. The story of Hotel Tango starts on April 14, 2002, when Travis, profoundly affected by the terrorist attacks of September 11, enlists In the U.S. Marine Corps. Travis serves three tours in Operation Iraqi Freedom, where he sees extensive combat.

After being honorably discharged from the Marine Corps, Travis attends and graduates law school where he meets Hilary, his future wife. In 2012 they marry and he begins making whiskey, applying the same rigor, precision and unwavering commitment he learned during his time serving his country. Using a homemade still, his friends inform him whiskey is a resounding success. He wonders if it’s good enough to build a company on. This thought would only work if he draws on his service experience and he uses the moto “Distilled with Discipline” to pave the way forward.

With plenty of encouragement, Travis, Hilary and some friends start Hotel Tango in 2014. To honor Travis’ military service, they name it based on the NATO phonetic alphabet —— Hotel for Hilary, Tango for Travis. Surrounding themselves with exceptional people at every level, they focus on crafting equally exceptional spirits. Spirits that reflect Travis’s exacting standards. Spirits that are fit to serve —— and made to share.

The distillery tasting room is housed in a revitalized old funeral carriage house in the Fletcher Place neighborhood.  It was the building that held the horses, hearses and equipment. The tasting room is what they like to call “Eclectic Americana”—from the cement and barrel stave bars, to our industrial commissary, to our stone fireplace built by Kim Barnes, Travis’ father.

This very fire place is where we sit-down on couches ironically made by our sponsor for this episode @Logheads_Home_Center. Travis pours us the first of his expressions. His American Straight Bourbon Whiskey, aged 6 years (Reserve Bourbon) that has been sourced from Wyoming Whiskey. This is a wheated bourbon that has an aroma of fruit, cream and vanilla. Its taste is well balanced with hints of sweet marshmallow and toffee, with just a note of white pepper on the back end. A great sipping bourbon.

Our second pour is the the company’s 2yr Bourbon, contract distilled for them by @middlewestspirts in Columbus, OH. This high rye is right up Jim’s alley with its pepper front to back taste. This is a great bourbon for a 2 year old. As Jim said it’s not brittle.

A funny note about HT Distillery is there is a memorial above the stone fire place to honor the first distillery cat, Fletcher Pickles. Cats are a fairly common feature in a distillery—and not because someone decided to let everything just go to hell. They serve a purpose; in fact, their oldest purpose, beyond variously cursing and protecting ancient Egyptians: they eat mice.

Our second half we chat with Bob Yates, the Head Distiller. Travis explains how they meet when Bob was working at a Twenty Taps Brewery. Bob started brewing beer in his apartment because he wasn’t old enough to drink. Eventually Bob convinced Travis to let him come work at Hotel Tango. He went from slicing lemons and oranges to being the Head Distiller in just a few years.

We sip on Hotel Tango’s Rye Whiskey that is complex blend from several barrels sourced from @MGP. This is liquid Spice with hints of citrus on the nose with its candy taste will shock you with its fullness. The hint of cinnamon and backing spices are ever present in every sip. The Hoosiers surely can produce some fine whiskey.

We move on to their Gin. Their Gin is an American Style, citrus forward, 90 proof, all corn mash, that is good neat in a glass or mixed. Immediately you are greeted with a nose of intense juniper spice and fruit.

The last of Hotel Tango’s expressions we try is their Cherry Liqueur. Born from Montmorency cherry juice from Traverse City, Michigan and Hotel Tango’s 2yr old American Straight Bourbon Whiskey. There is Cane sugar sweetness with hints of vanilla and lemon which round out the spirit. This liquid cherry pie as I call it, is best served neat, on the rocks, or mixed in a cocktail.

Yes it’s that time again to grab a glass, a good bourbon and pour it neat. Sit back as The Bourbon Road heads north to listen to Travis’s American success story, from Marine Warrior to owner of a thriving Distillery in the heart of Indianapolis. 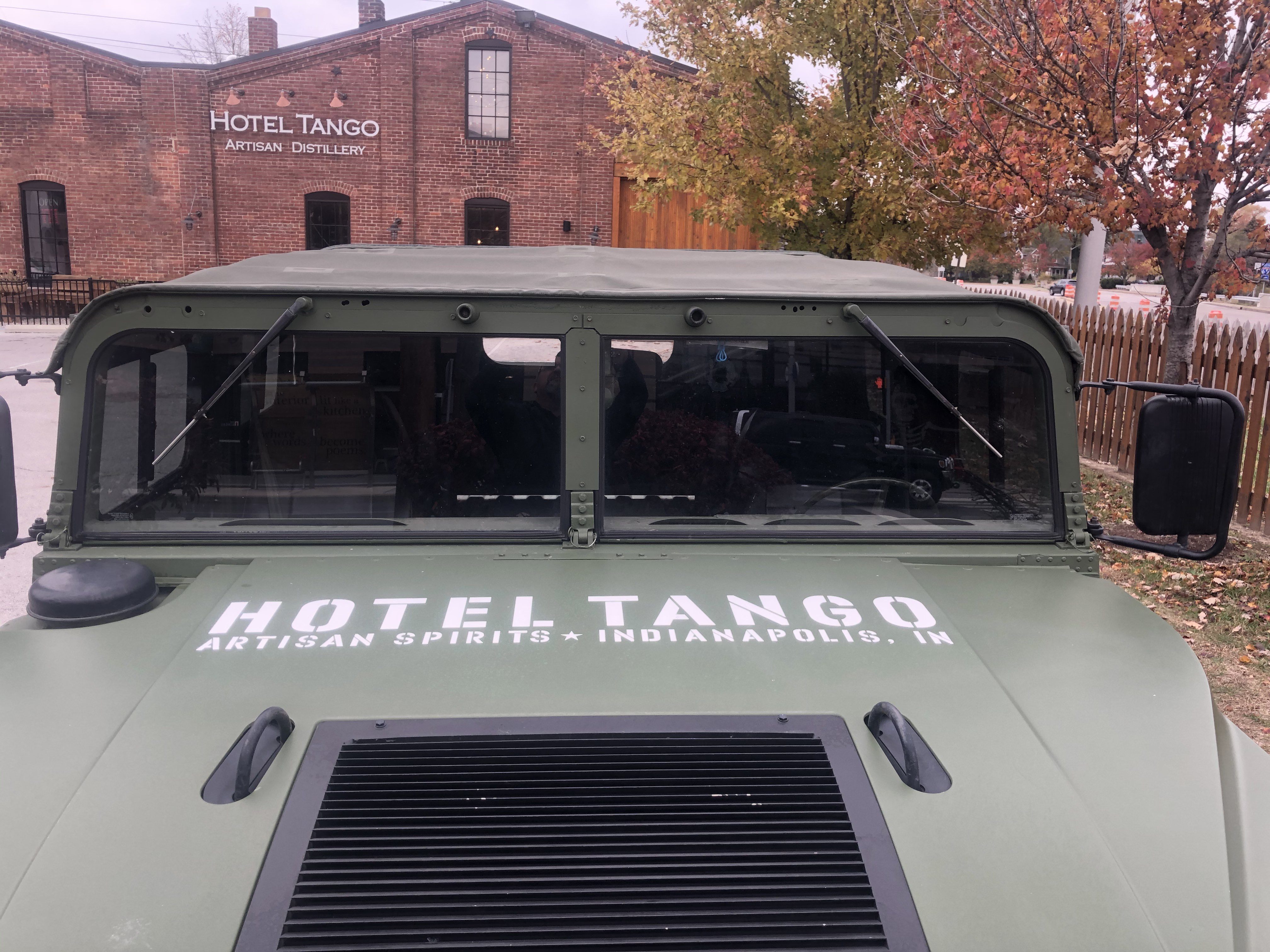 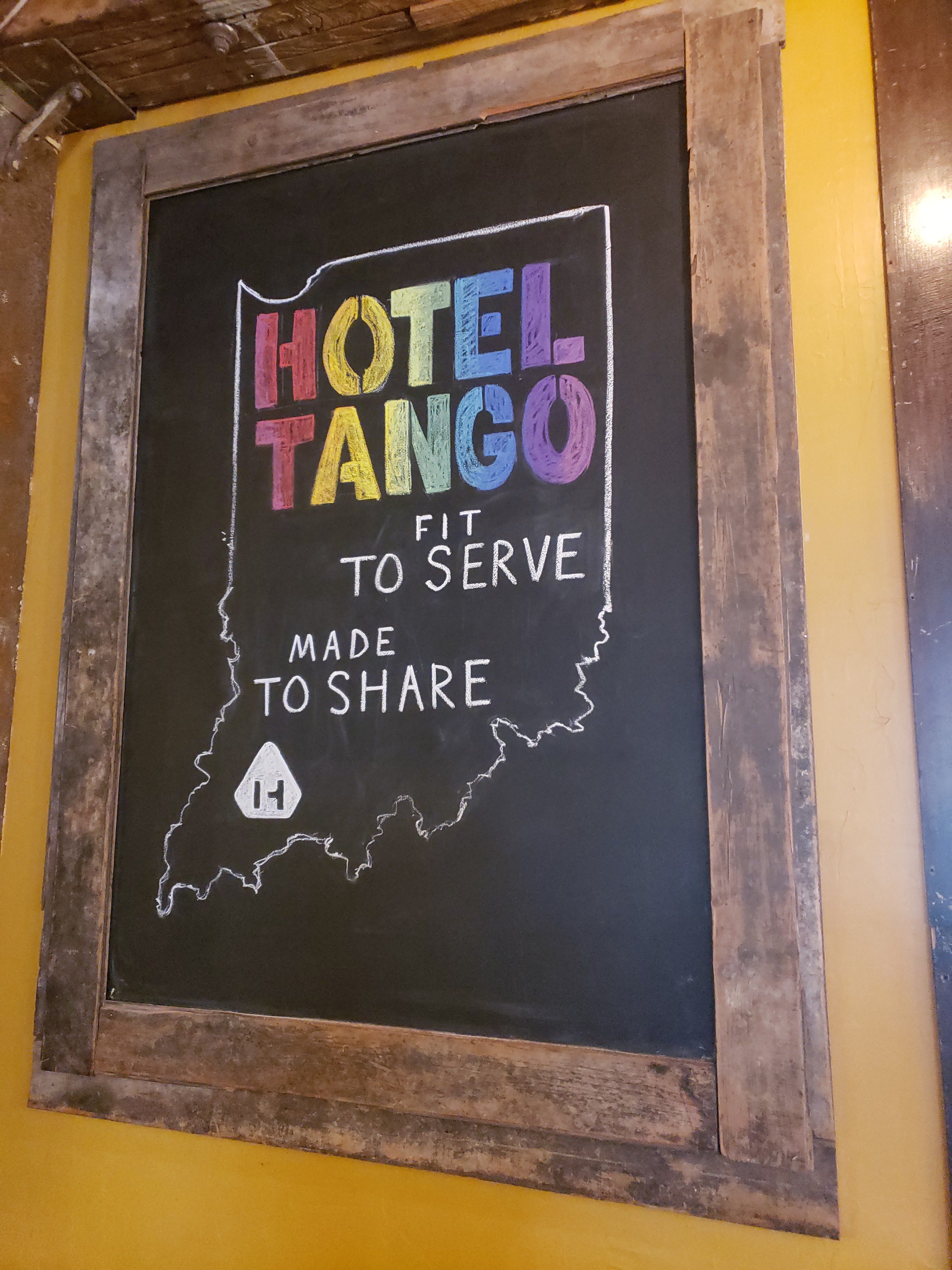 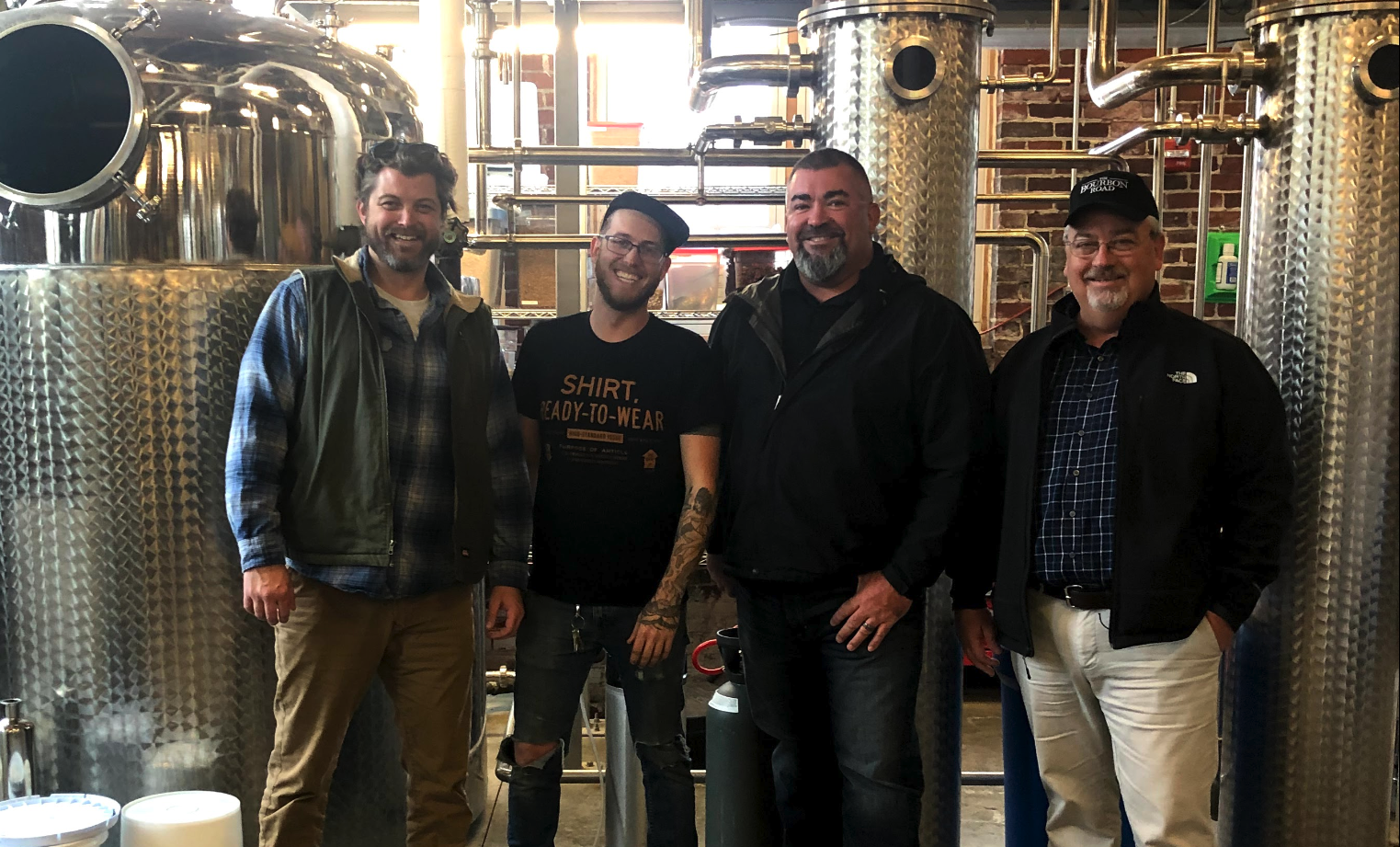 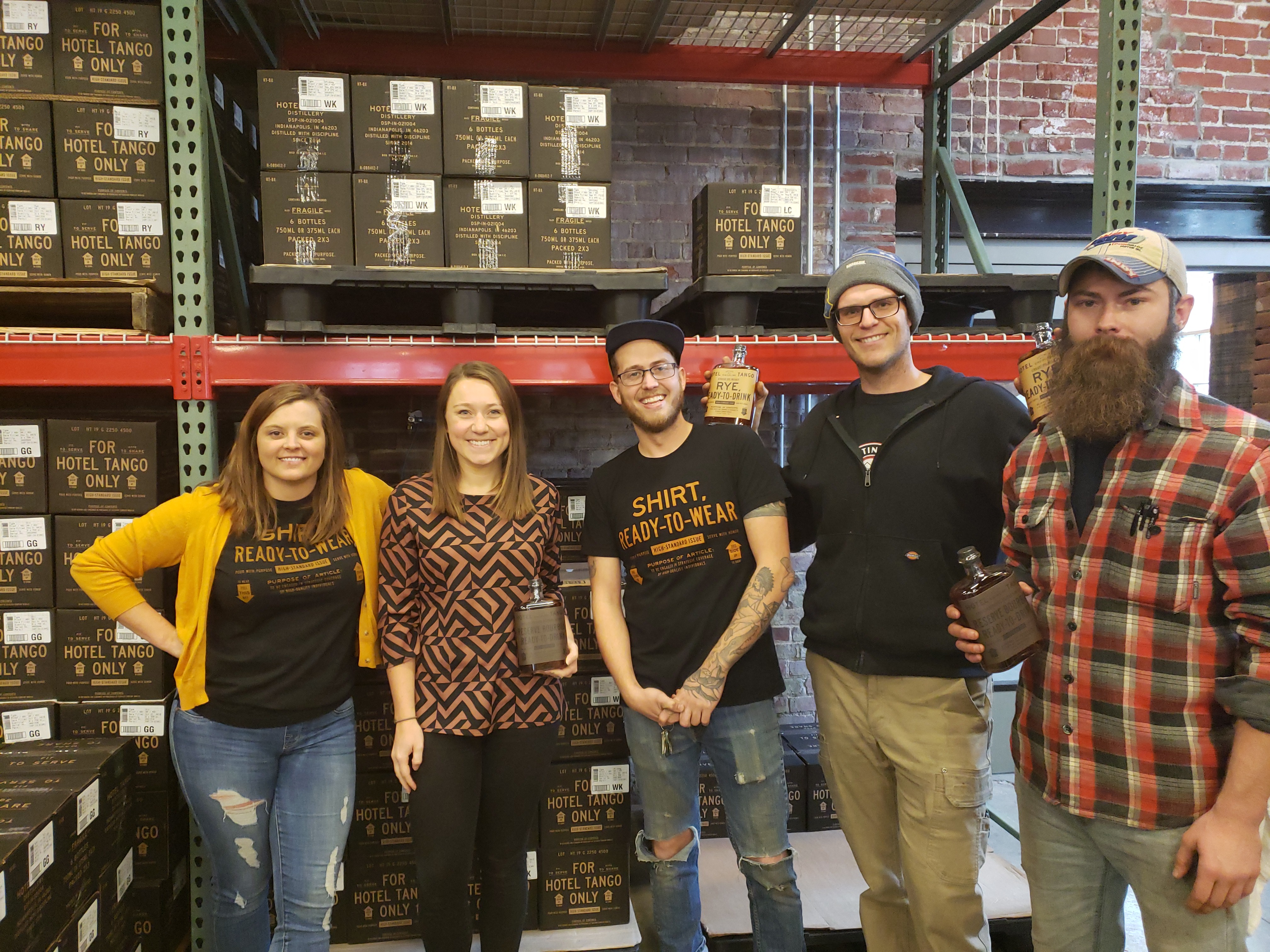 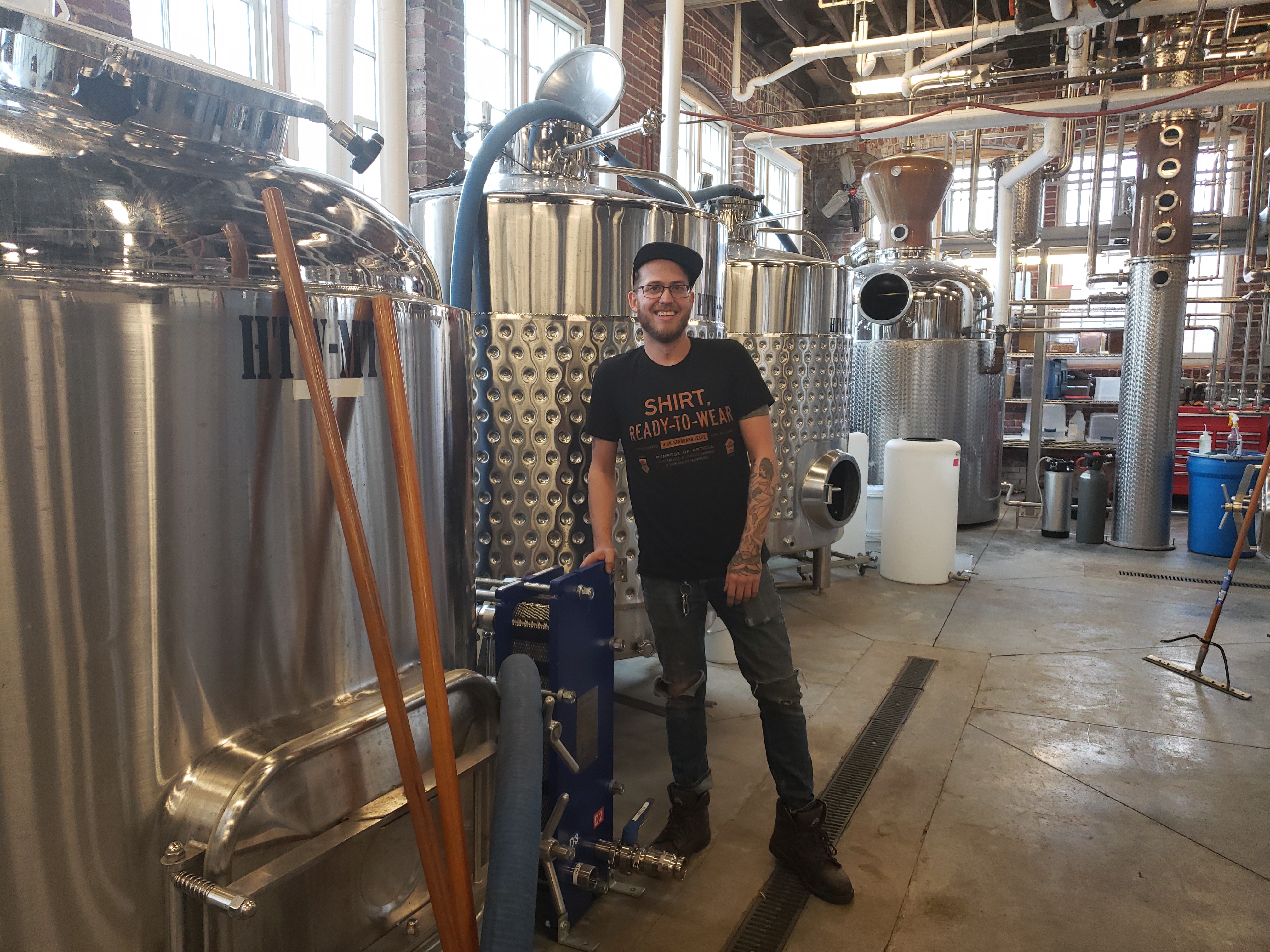 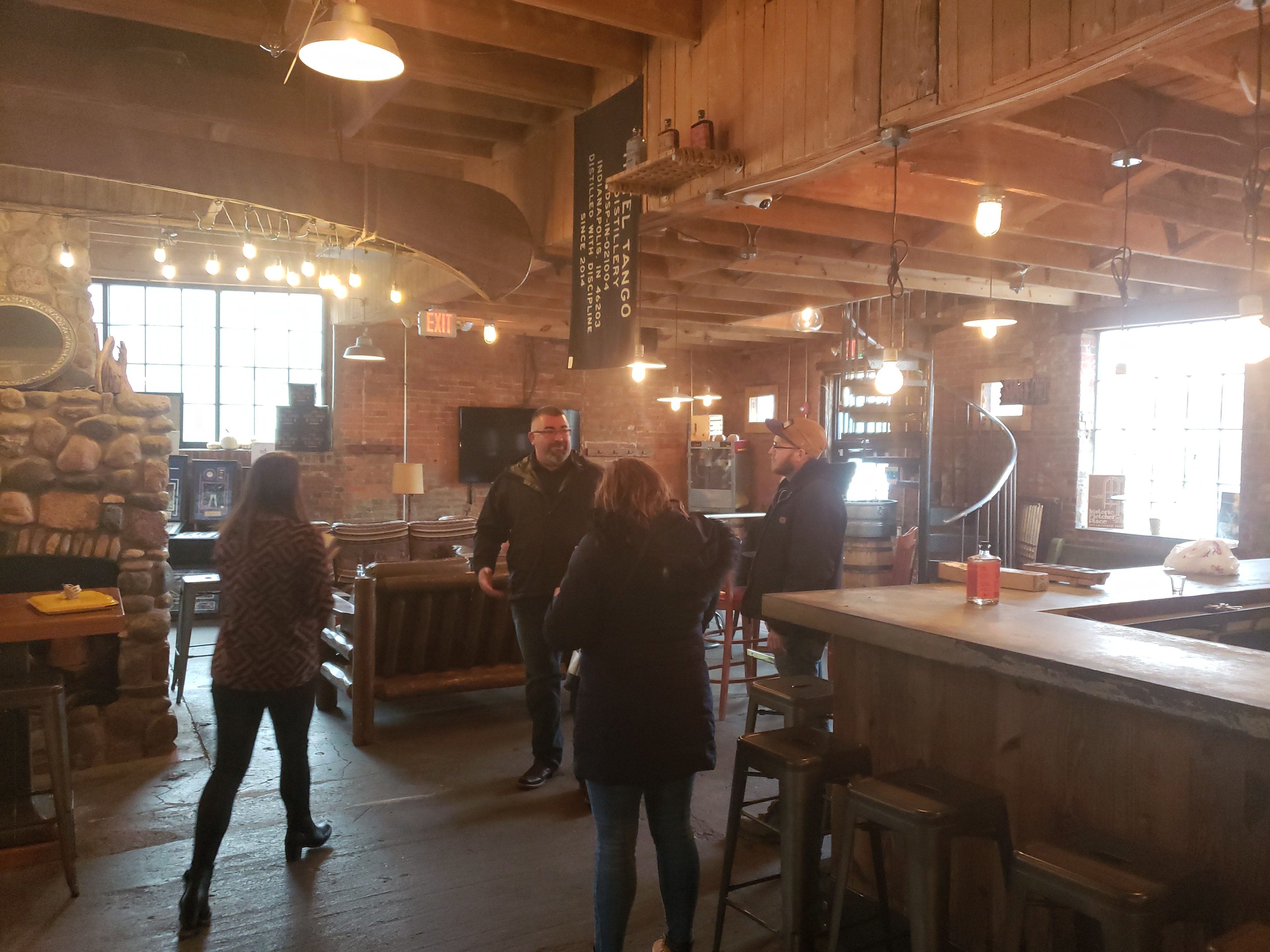 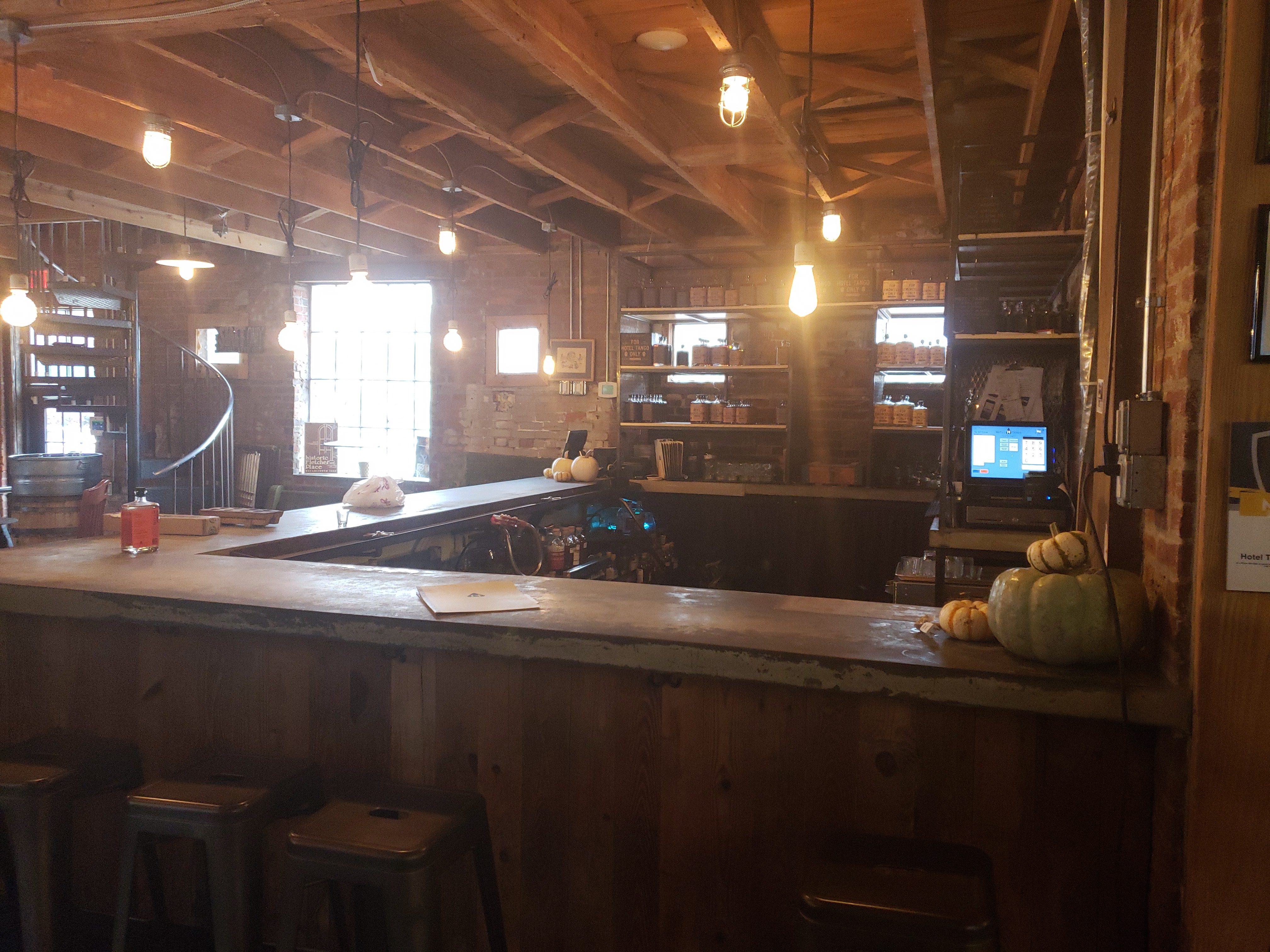 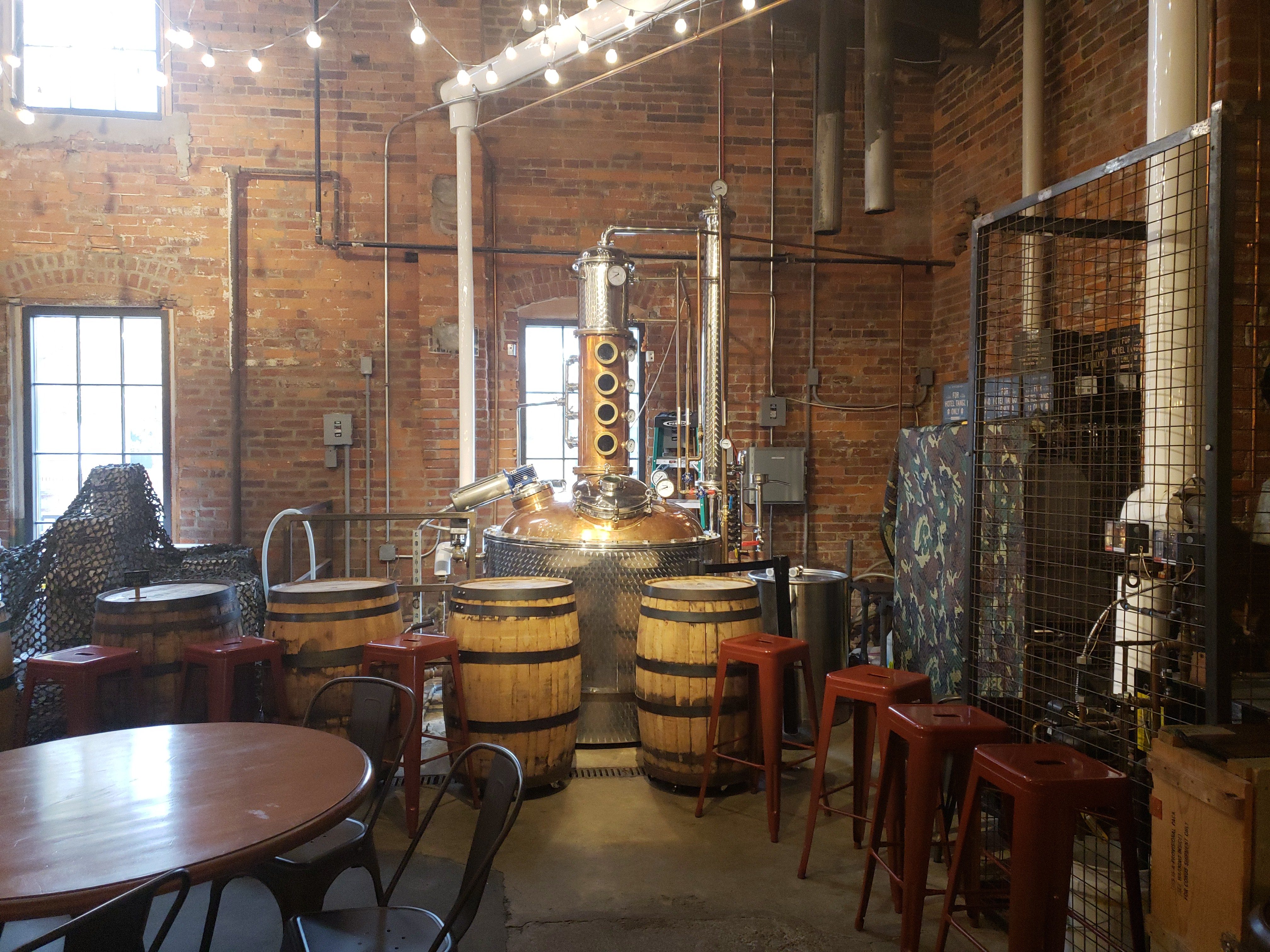 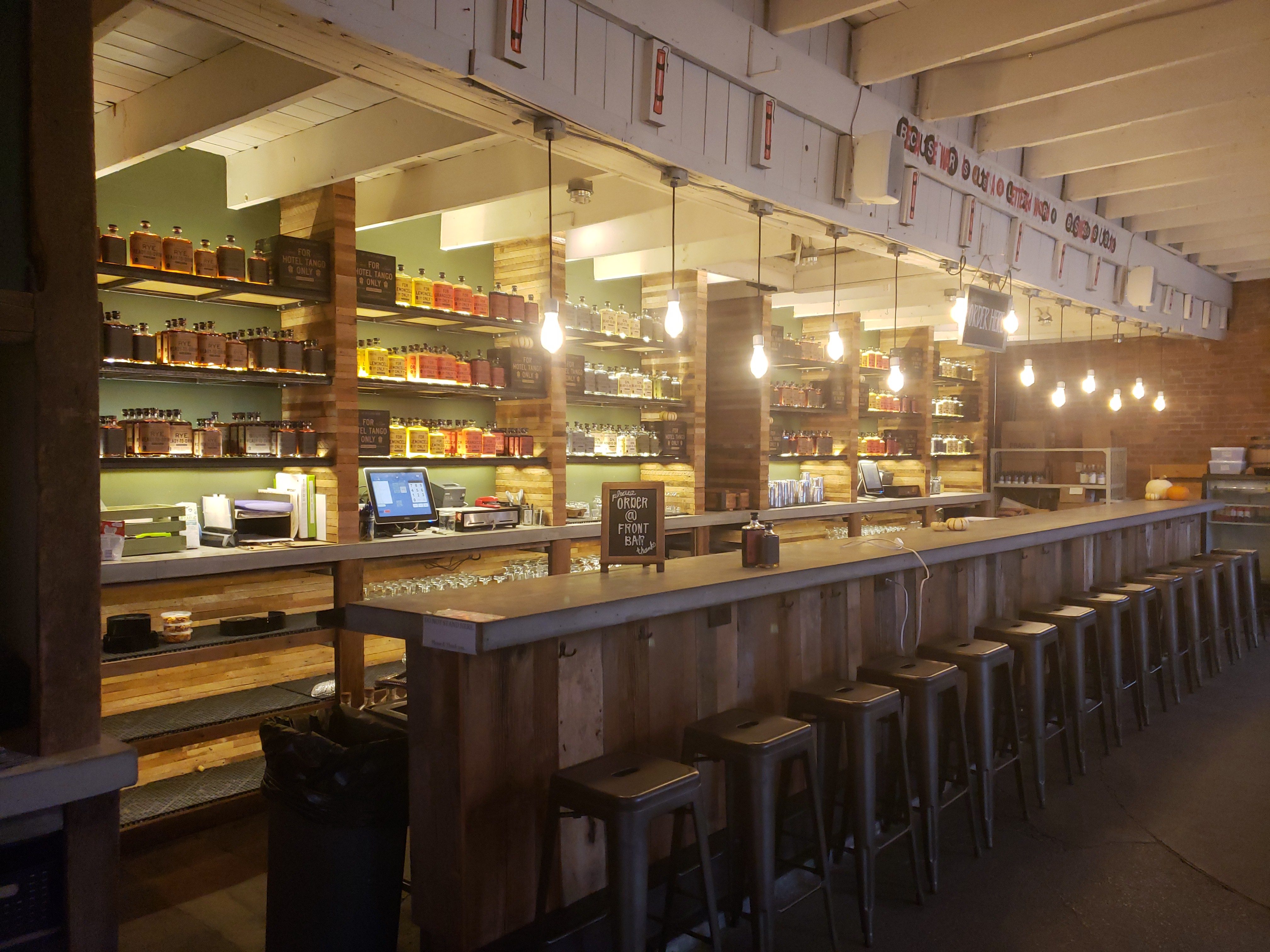 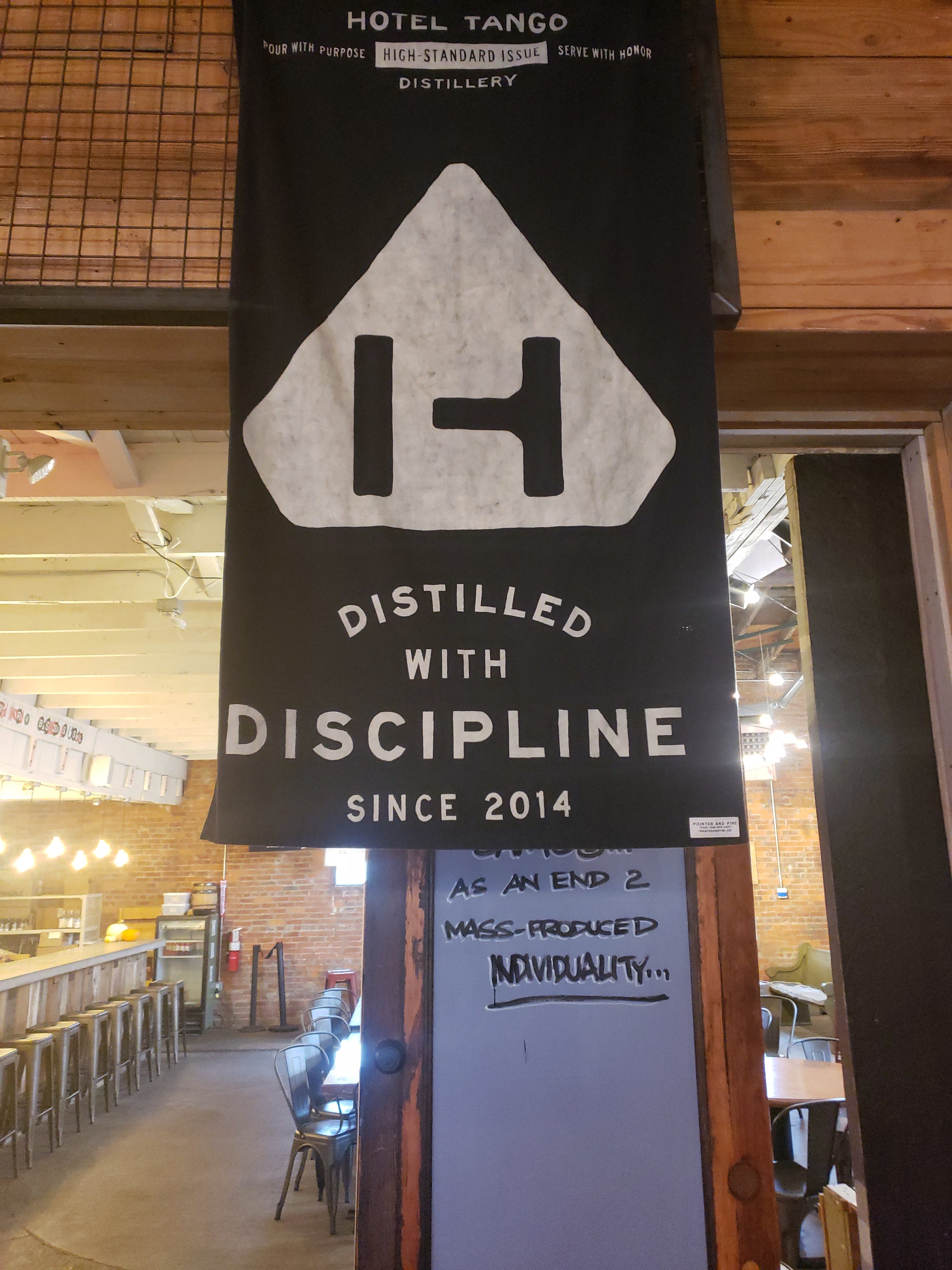 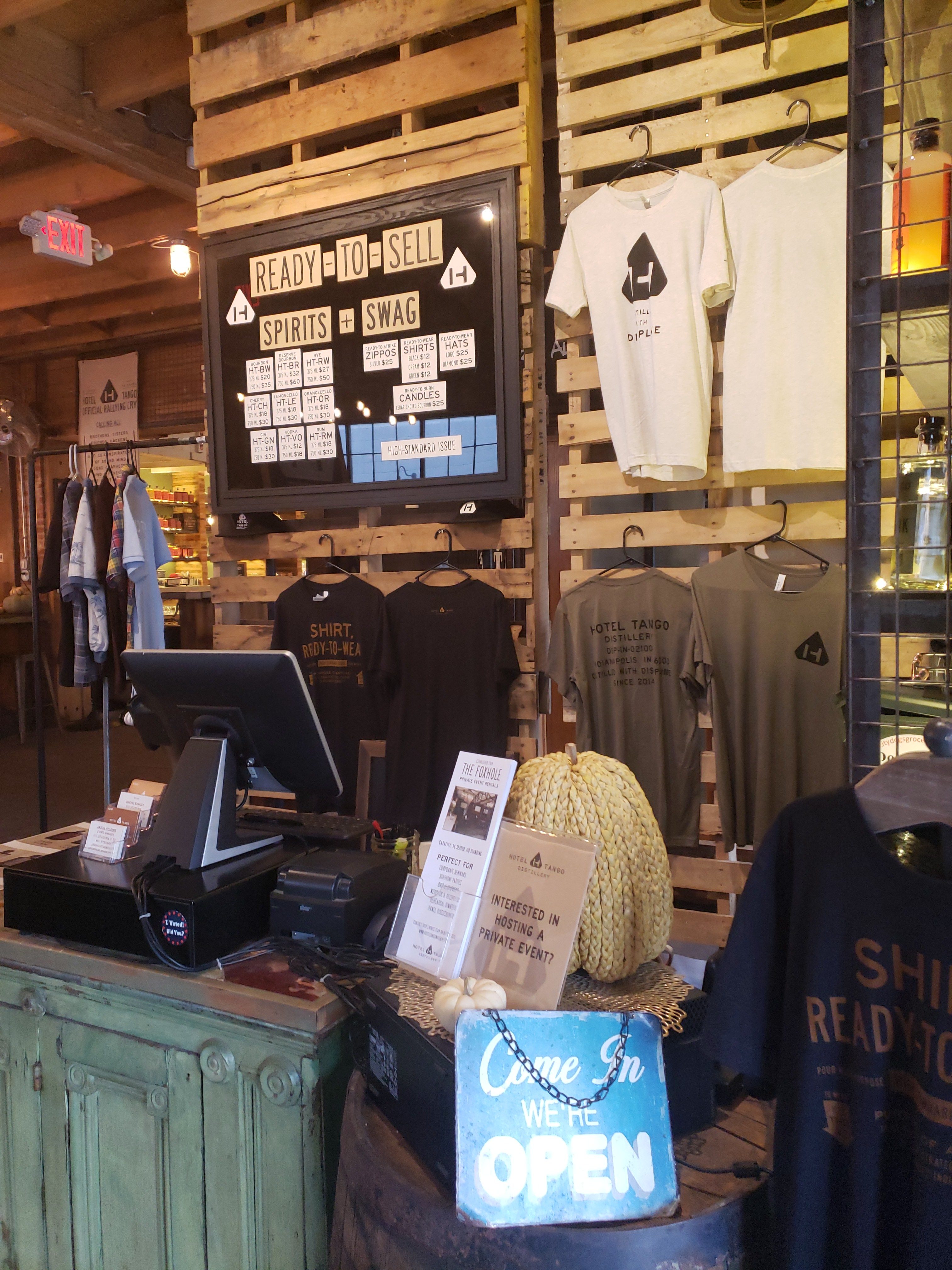 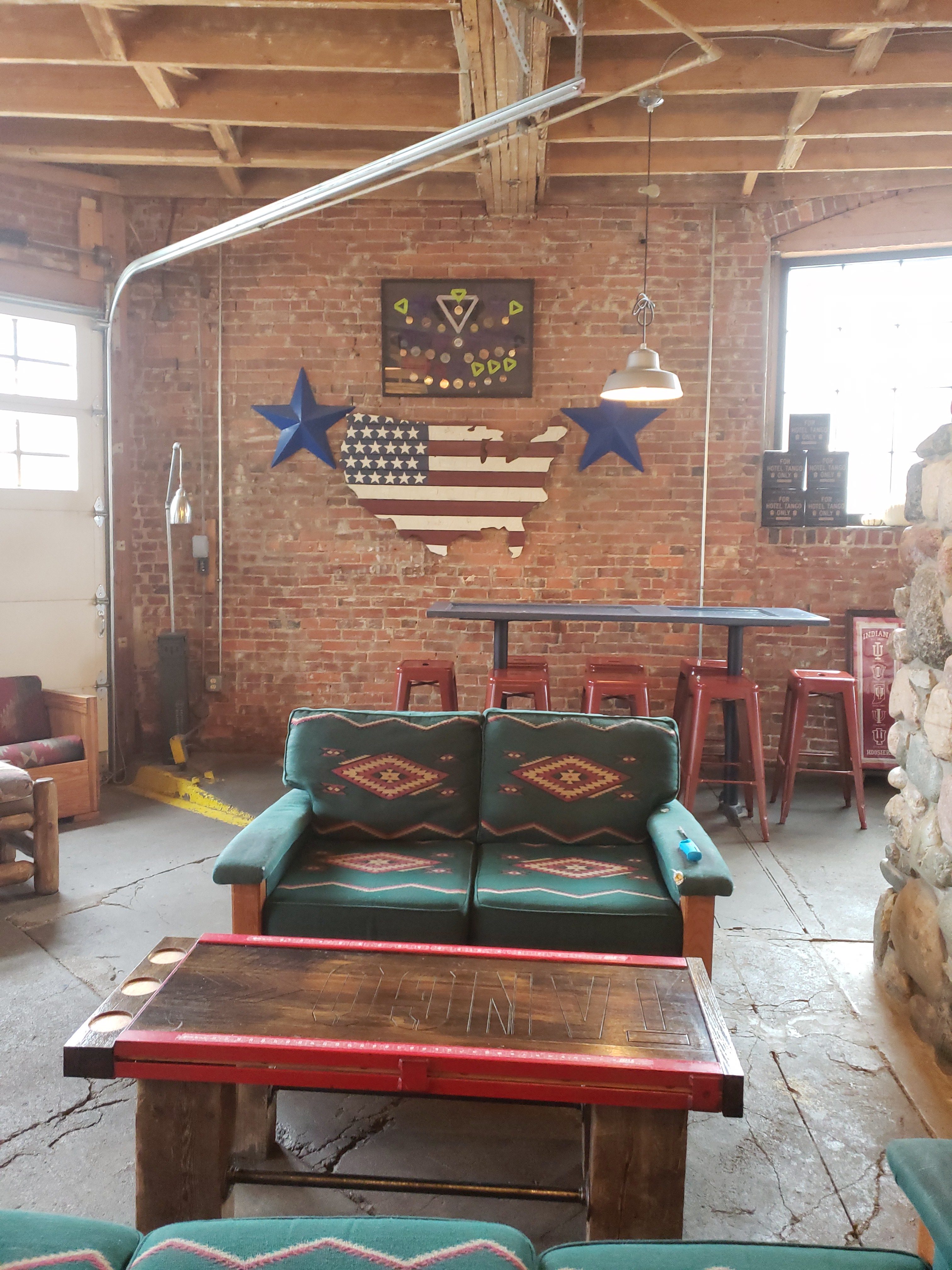 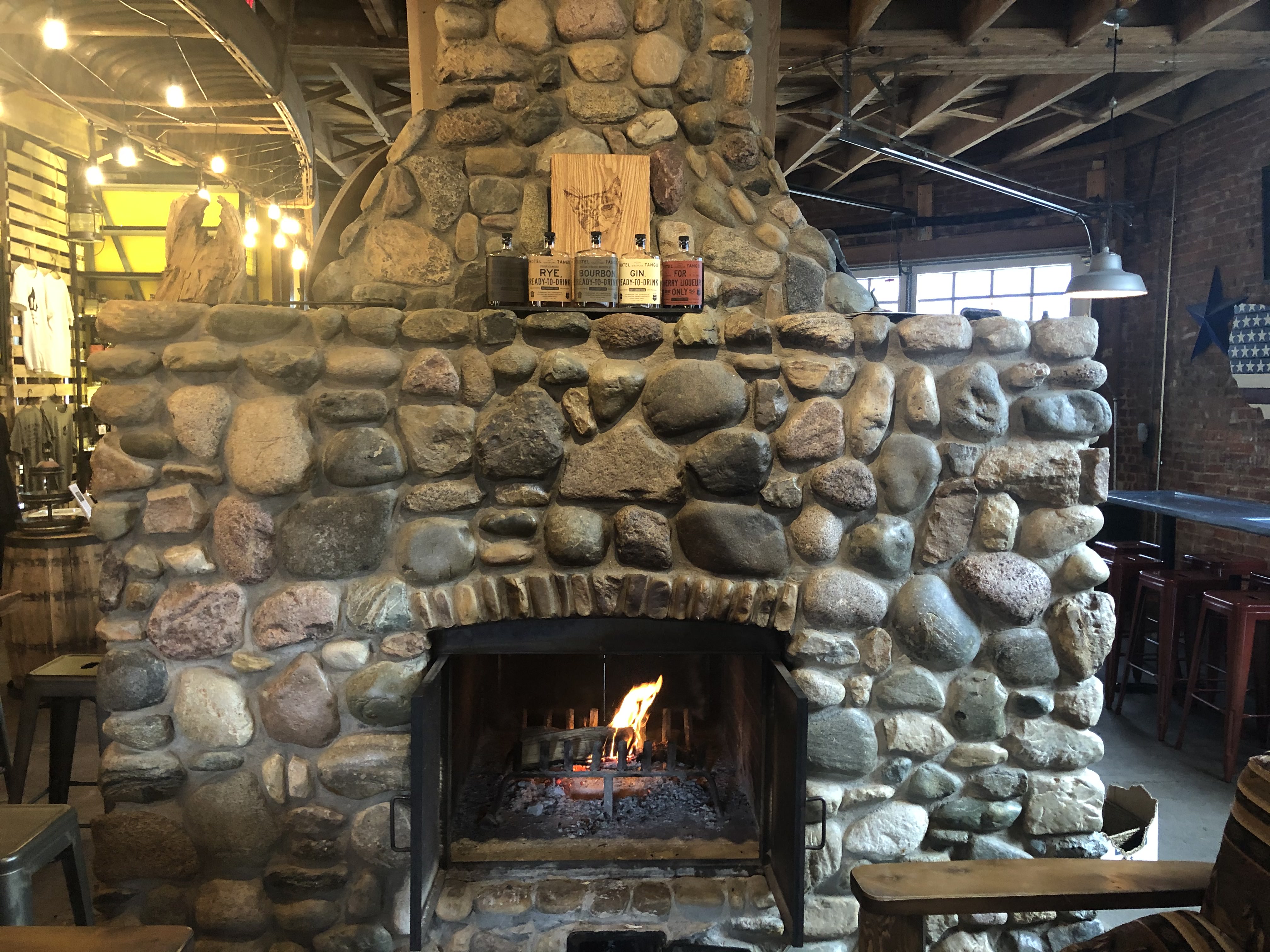 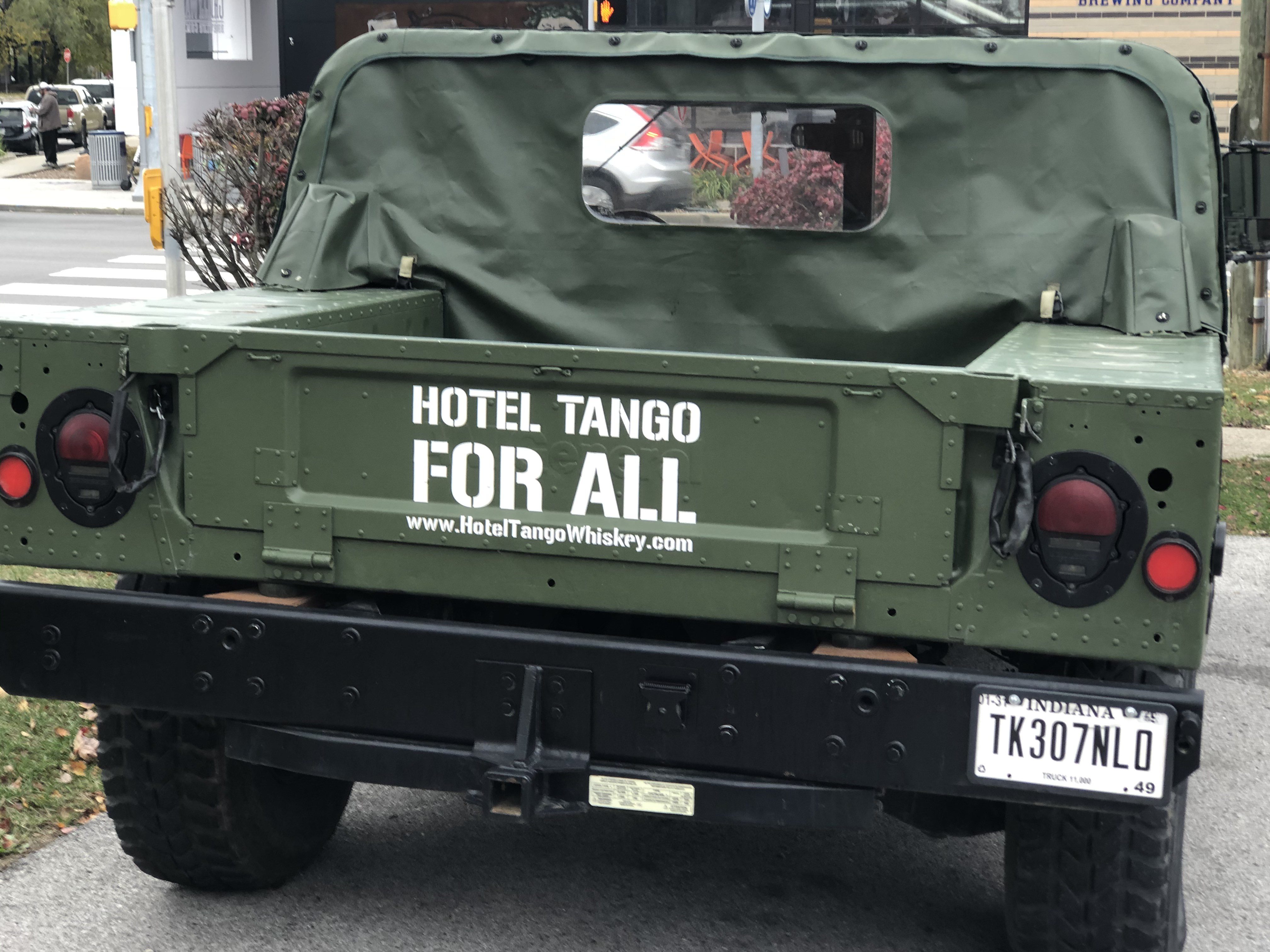