Texas Whiskey is young, bold and just getting started. The first distillery in Texas wasn’t founded until 2006 and the first whiskey to come out of Texas wasn’t released until 2009. Some thought that taming the Texas heat and producing whiskey in the Lone-Star State was impossible due to the extreme heat.

I can tell you this as a native Texan, when you tell us something is impossible, stand back and clear a wide path because we’re going to blaze our own trail. You are almost guaranteed success when challenging Texans. So with his Texas size pride on the line founder and owner Dan Garrison set out to make the best damn whiskey a Texan could produce.

Garrison Brothers Distillery is located in Hye, Texas. What’s there you ask besides some damn fine whiskey. Well just down the road is Johnson City, home of another prideful Texan and our 36 th President of the United States, Lyndon B. Johnson. Down the road a little farther is the SALT LICK or as I call it the Holy Mecca of BBQ. So it’s worth the drive in the Texas Hill County to see a visit a national park at LBJ’s historic ranch, eat some epic BBQ and drink some truly amazing whiskey.

Garrison Brothers has several expressions, but the two we sampled was their Small Batch that they so graciously sent us and a bottle of their Balmorhea that I purchased at Total Wine. The Small batch is their standard bourbon and comes in at 94 proof. Almost all their bourbon are made using their standard mash bill of 74% white Texas-grown corn, 15% red wheat, and 11% Canadian Malted barley. Did someone just say wheat? Now can you understand why I’m so excited about this bourbon?

Garrison’s uses a variety of custom made barrel sizes: 25, 27 and 30 from two different Cooperages. While barrel size can play a major factor in bourbon, the major issue in Texas is the heat as I stated before. The heat leads to rapid maturation in the barrels and intense evaporation, or angel’s share, often twice or more of that of Kentucky bourbon. To help coop with this the rick houses are shorter than the traditional Kentucky Bourbon rick house. Full barrels lose up to 30% of their volume after just a few years in a barrel, and a two-year-old Texas bourbon can taste as rich and mature as a four year old, or older, whiskey from another state. Texas bourbons are younger than their profile would suggest, but with that youth comes a certain boldness.

What Texas Bourbon wants in the expected maturity it makes up with the grain being very complex. Our second expression was just that. Balmorhea Texas Straight Bourbon whiskey is aged four years in new American white oak barrels, then transferred to a second new American white oak barrel, and aged for another year. Oh my lord I have died on gone to bourbon heaven. Did I just say that right? A double oaked wheated bourbon from the state of Texas?

Coming out of a beautiful silversmithed bottle at 115 proof this bourbon is the same mash bill as the small batch. As their Master Distiller Donnis Todd states “Simply put, Balmorhea is bourbon candy in a bottle.” We would have to agree with him. It is full of complex flavors and I would have to call this the rye bourbon drinker’s wheated bourbon.

This enchanting bourbon in the aqua blue waxed bottle is named after San Solomon Springs and the Balmorhea State park which is home to the crystal-clear water of the world’s largest spring-fed swimming pool. The spring has provided water for humans and animals for thousands of years. Big game hunters may have gathered at springs in the Balmorhea area around 11,000 years ago.

The park’s name comes from four men’s surnames: E.D. Balcom, H.R. Morrow, Joe Rhea and John Rhea: Bal-mor-hea. These men formed an irrigation company in the area in the early 20th century. The Pool was built by The Civilian Conservation Corps between 1935 and 1940. Today the pool is much need of repair and Garrison Brothers has stepped up to help. With Balmorhea whiskey, Garrison Brothers donates $5 from every bottle sold to preserving, restoring, and landscaping this park.

Both the Small batch and Balmorhea are Big Boy Bourbons as Jim calls them and I would have to agree. So with that grab yourself a glass, some bourbon and set back as Jim and I take The Bourbon Road to Hye, Texas with Dan Garrison to taste Texas Bourbon done right. 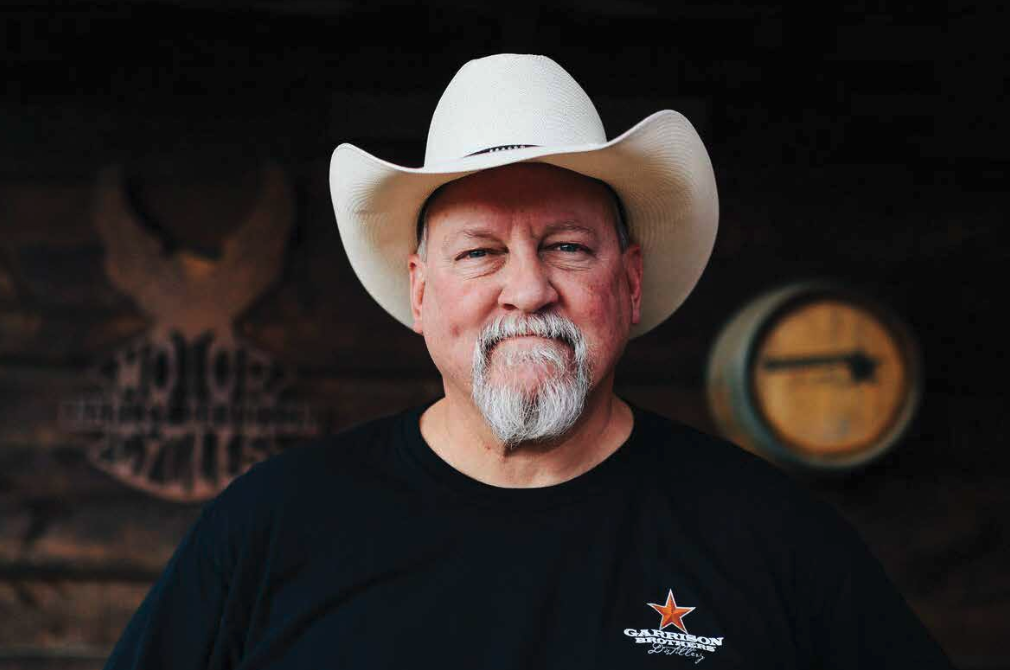 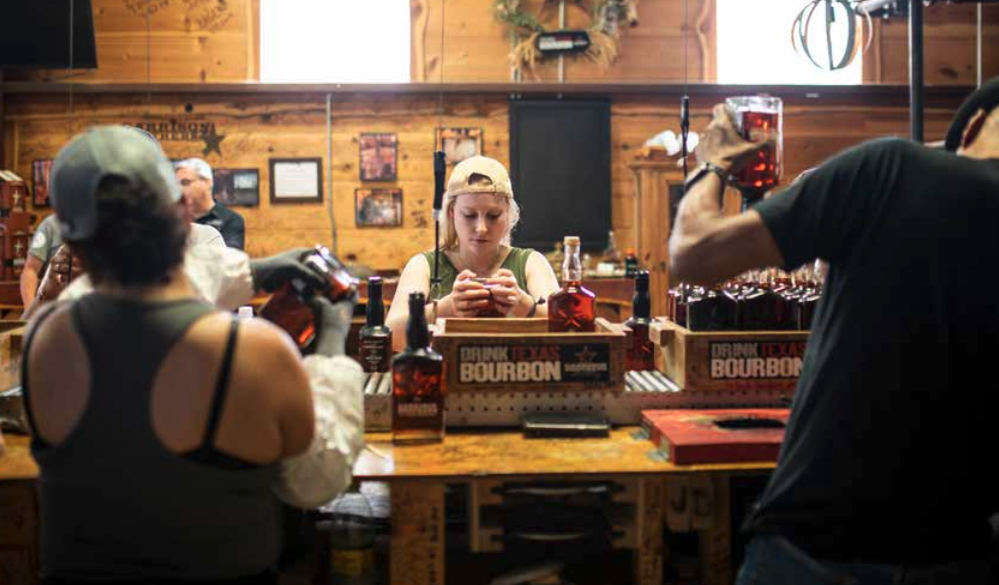 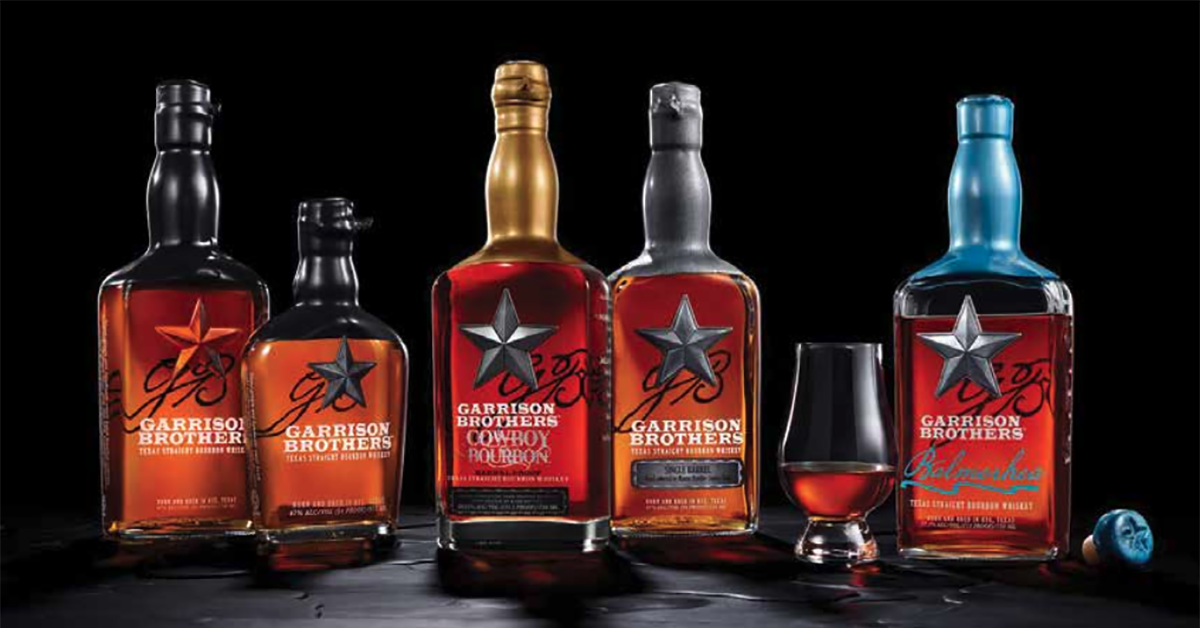