This week Jim and I both got on The Bourbon Road and travelled down to one our favorite craft distilleries Leiper’s Fork Distillery . This small distillery located 45 min southwest of Nashville and is what I like to call the Marker’s Mark of Tennessee. This trip is a special one as we introduce our Still House Sessions. Five podcast episodes recorded inside The Leiper’s Fork Distillery still house. Lee Kennedy, Proprietor & Distiller, made sure we were right at home. And with our good friends Matt King and April Weller Cantrell how could it not? Three main episodes and two craft distillery reviews make up this series The first Still House Session is with rising country music artist and songwriter Josiah Siska (https://josiahsiska.com). A almost modern day Buffalo Bill Cody with his beard, long hair and big brimmed hat. To see him sing you would swear it was the legendary showman himself. Be sure to listen below to episode #208 Josiah Siska – A Still House Session.

As we have said many times before, music and bourbon flow together. Many a hit song has been written about America’s native spirit. Josiah makes you feel like picking up that bottle and singing along. You might have seen him as a young man on season 15 of American Idol. Even though he didn’t make it past Hollywood week he didn’t let that deter him of making it big on the country music scene. Josiah Siska hails from Gwinnette, Georgia and quickly made his way northwest to Nashville so he could conquer his dreams. Paying his dues in bars and honky-tonks, he was signed by Black River Entertainment in 2019 and has been mentored by Mark Miller of Sawyer Brown.

Josiah is very soft spoken but as soon as he was in front of the mic his deep southern voice came roaring out. As we sipped on Leiper’s Fork Distillery Tennessee Whiskey Single Barrel selected by https://reddogwineandspirits.com/  and their Tennessee Bottled in Bond Wheated Bourbon Josiah belted out song after song. The smoothness of his tone bringing back songs from my own past. As I sat there listening I thought this guy has that outlaw type of voice. The words that almost cut to your soul. It felt right sitting in a still house with the smell of whiskey being made, sipping on excellent aged whiskey and listing to this rising star tell his story on our podcast. Jim and I both were humming along as Josiah belted out song after song. The word to every song telling a story of broken hearts, living life and lessons learned. There is no doubt that Josiah is well on his way and we hope to see him on the grand stage soon.

Make sure to check out Josiah at https://josiahsiska.com so you can follow his tour, music and videos. His next show will be at the famous Blue Bird Cafe on October 26th.  You can also checkout the rest of Black River’s artists at https://www.blackriverent.com .

So grab a glass and a bottle of Leiper’s Fork if you have it. Jim and I travel down The Bourbon Road listening to Josiah Siska as he takes us back in time when Country music was just that. Cheers 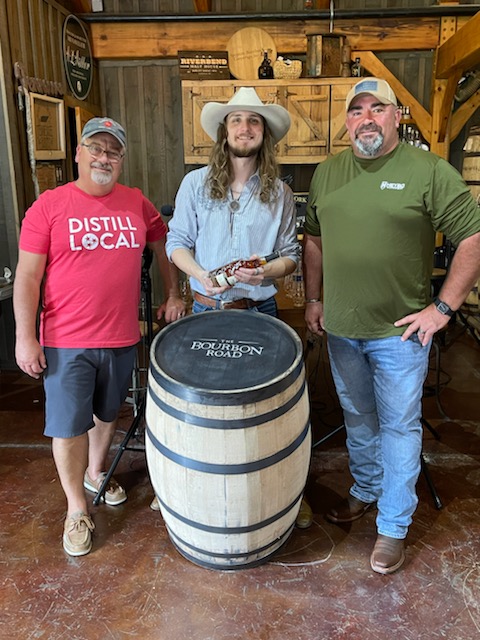 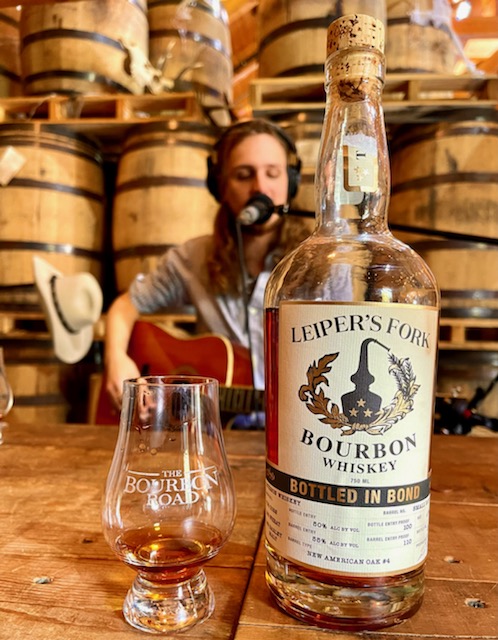