Do you remember those days of going to the movie not so long ago? I sure do, heck I even remember my first movie. It was 1979 and it was The Jerk with Steve Martin. From that day I was hooked on movies. What’s all that have to do with a bourbon podcast and this blog? Well This week we had Lucky Seven Spirits Co-founders Michael Lahalih and John Pals as guest of the show. These two have been best friends since their college years and share a common bond of bourbon and cinema. Now I’m a movie nerd so when I found out these guys are into old movies and actually produce short films to go with their bourbon I was excited to talk to them and get the back story.

Now we had already reviewed Lucky Seven “The Holiday Toast” so I knew what to expect from these guys. They also have Ashley Barnes blending their bourbons for them, so do I really need to say more. She has some magical talents, almost some kind of witchery, but we have told that story. Its Lucky Seven we are here for this time. Now to add to their amazing bourbon, this dynamic duo has also added making shorts films to pay tribute to movies they love. On the front of the bottle is a movie ticket that you can peel back and scan with your phone that will pull up the short film that that bourbon is named for.

The 12 year “The Hold Up” pays tribute to Pulp fiction, the café scene to be exact. If you haven’t seen Pulp Fiction, stop reading this and go watch the movie, drink bourbon while watching it and it will be that much better. The 6 year “The Jokester” pays tribute to Good Fellas. Watch the short film and see if you can guess what scene it is. I have to say these two bourbons didn’t need a short film to back them up but it’s a nice touch for a bourbon company that has so much based on films.  Even their name comes from the infamous Stage 7 on the Warner Brothers lot, where some of the greatest movies in cinema were filmed, such as Casablanca and My Fair Lady. To add to the short films and the name they went a step further and designed their bottle like an movie award.

The old theater in photo is the Louisville Palace. I felt like I couldn’t take a photo of these two amazing bourbons any place else. They deserve its glamour and splendor. Located on the famous 4th Street in downtown Louisville it is just steps away from the famous Brown Hotel. This place is iconic and was built in 1928. If you’re in Louisville for the Urban Bourbon Trail and concerts or plays are going on, this place is a must. Once inside The Palace exhibits a Spanish Baroque motif with arcades, balconies and turrets. Cobalt blue, bursts of red and gold indirectly light all of the niches, coves and entrances. Above is a curved, vaulted ceiling with 139 sculptures of the faces of historical figures. The theater room inside The Palace is heavily ornamented and displays an imitation nighttime sky on the ceiling. It won’t disappoint.

Thanks Lucky Seven for taking me down memory lane and reminding me why I love movies and theaters like The Louisville Palace so much.

So grab a glass, a classy bourbon from a beautiful bottle like Lucky Seven and listen as Jim and I take another trip down The Bourbon Road sipping on bourbon that reminds us of the golden age of film. Cheers 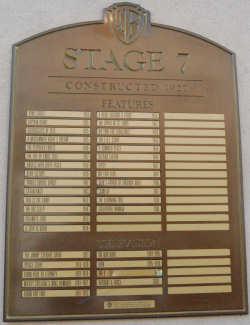 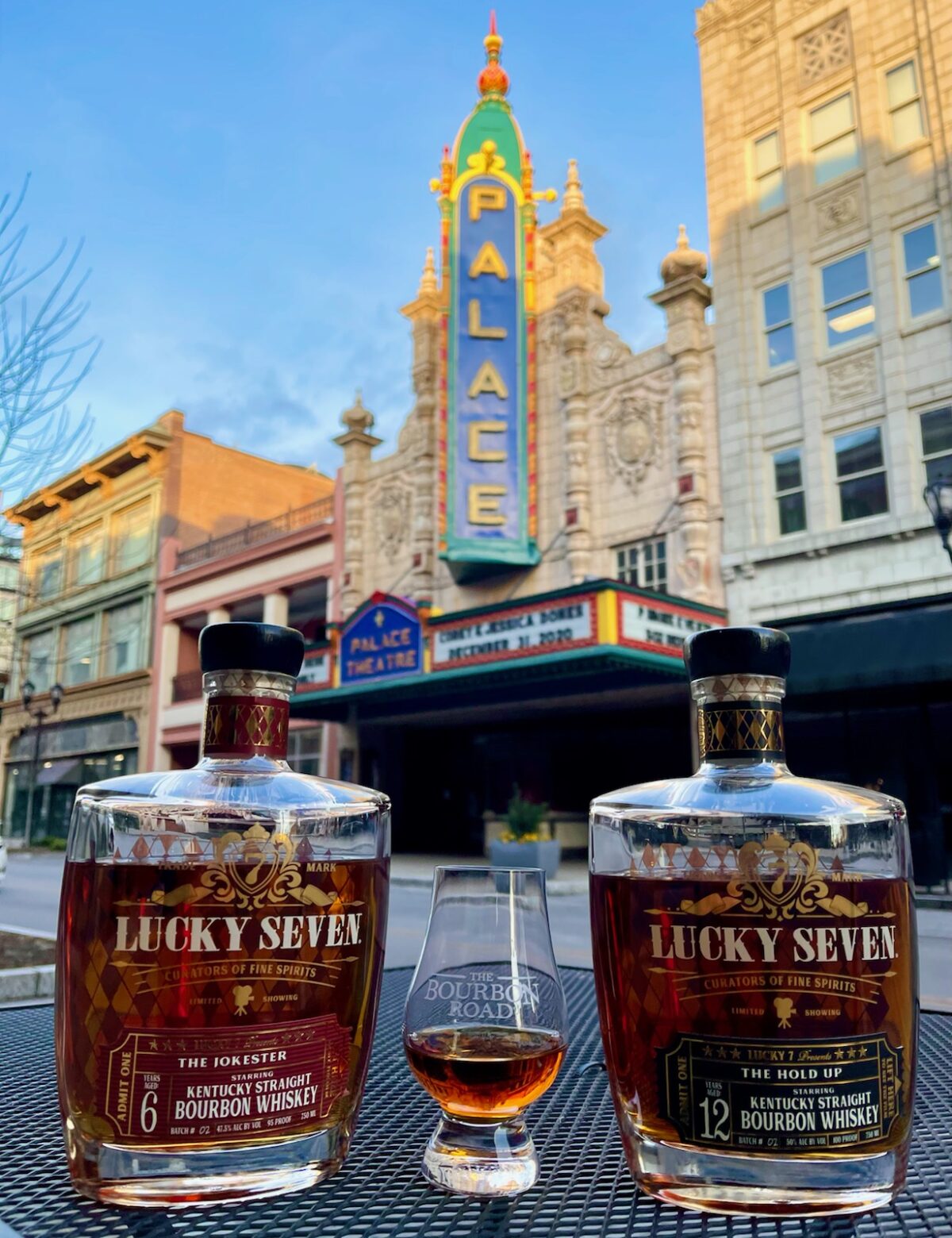