What a treat we had a couple weeks ago as we sat down with Bourbon Historian and Author, Michael Veach at his office and home. He was inducted into the Kentucky Bourbon Hall of Fame in 2006, so just to be invited in was a treat. But to sip a bourbon while he chatted with us was just plain awesome.

Michael lives in the Cherokee Triangle Neighborhood which is a historic neighborhood in Louisville known for its homes displaying an eclectic mix of architectural styles. His street could have been painted by Norman Rockwell and after meeting Michael I would expect him to live nowhere else.

He greeted us smoking a big cigar and led us up to his office. While we were ascending the staircase it was hard not to stop and take in all the historical bourbon antiques that Michael has collected over the years. When we did get to his office, it was even harder to focus on the task at hand.

His collection of bourbon artifacts are impressive and this place could well serve as a small museum itself. His bourbon collection is just as good and we admired his entire collection, pulling bottles from his selves and discussing their history and their rarity like old friends

What will surprise you is that he has several bottles from newer distillers, showing he the new and the old. He doesn’t like to call them craft distilleries, but artisan distillers, because what they do is truly art. Jim and I would both agree with him.

Michael has a rather remarkable resume, collaborating on or writing five books. He is a former Filson Historical Society Bourbon Historian and spent five years as the North American Archivist for United Distillers after graduating from college. He is considered one of the foremost authorities on bourbon history.

It was time to get down to the interview. As most know Jim and I like to get straight to the bourbon and we had brought several bottles to sip from. The one we chose for our first pour was Makers Mark Private Select, “Shut the Box Edition” that I had picked up from Paradise Spirits and Wine in Shelbyville, KY.

Private Select is created by adding 10 custom wood finishing staves to each barrel. It’s then aged in s limestone cellar to extract a unique taste profile. Participants in the special barrel program get their say in the selection of these wooden staves. This bottle has eight of the baked American Pure Staves and two of the Seared French Cuvée staves (I didn’t really know what this was when we conducted the interview so I did s little self-education, you can do the same on Makers Mark website).

As we sip on the Makers Mark we discuss the best bourbon bars in America and how Louisville was left off those lists until recently. Now you can walk into any bar in Louisville and it will be littered with all kinds of Bourbon. One of which is Bourbon Bistro.

Old Crow comes up after pointing out an advertisement figurine from Old Crow. What a brand that had such a historical identity until Jim Beam bought it. We can all agree that it would be nice to see Jim Beam rebuild the brand and Michael would like to see an Old Crow 8 year Bottled in Bond.

This expression from Makers Mark has notes of brown sugar, vanilla and caramel and just a little spice on the back end. At 109 proof it has more spice than most Wheated Bourbons and because there are so many possible expressions of the Private Select I can’t see how there would be any barrel that would be the same.

Our discussion wanders into the current tax situation and how the tax on artisan distilleries was about to increase 400%. Luckily the law was extended and will save countless distilleries from certain doom. The extension kept the excise tax on distilled spirits at $2.70 per proof gallon compared to the $13.50-per-proof gallon for the first 100,000 gallons of distilled spirits produced by each company. Distilleries that survived the tax increase would have had to pass that cost onto consumers. Oh hell no!

This discussion soon moved into the size of barrels that small distilleries use and Michael believes that there is an art to the char especially on small barrels. This over charring can have a bad effect on young whiskeys. Don’t get us wrong, we all agree that there can be good young whiskey, but there can also be really bad young whiskey.

For the second pour Michael had selected a Nelson’s Green Brier Distillery Tennessee Hand Made Sour Mash Whiskey that is 91 proof.  I think Jim and I both were a little surprised by this one. Michael had recently toured the distillery and he was fond of their expressions. He explained the mash bill and I was sold. It has a mash bill of Corn, Wheat and Malted Barley. As many of you know that’s music to my ears.

This Tennessee Whiskey (Is it Bourbon though? I will leave that for another episode) has a nose with fresh baked apples, cinnamon and vanilla and a taste of brown sugar and just a touch of cocoa. It finished long with lingering flavors of black cherry and baking spices.

You will just have to listen to the podcast for the rest of what surprises Michael has in store for our listeners. So sit back, grab a bottle of bourbon or Tennessee whiskey and Listen as Michael unleashes his vast store house of knowledge on us.

That’s right, drink that first sip and listen as Michael Veach takes Jim and I for one historic journey down The Bourbon Road.

More on Michael Veach at https://bourbonveach.com/ 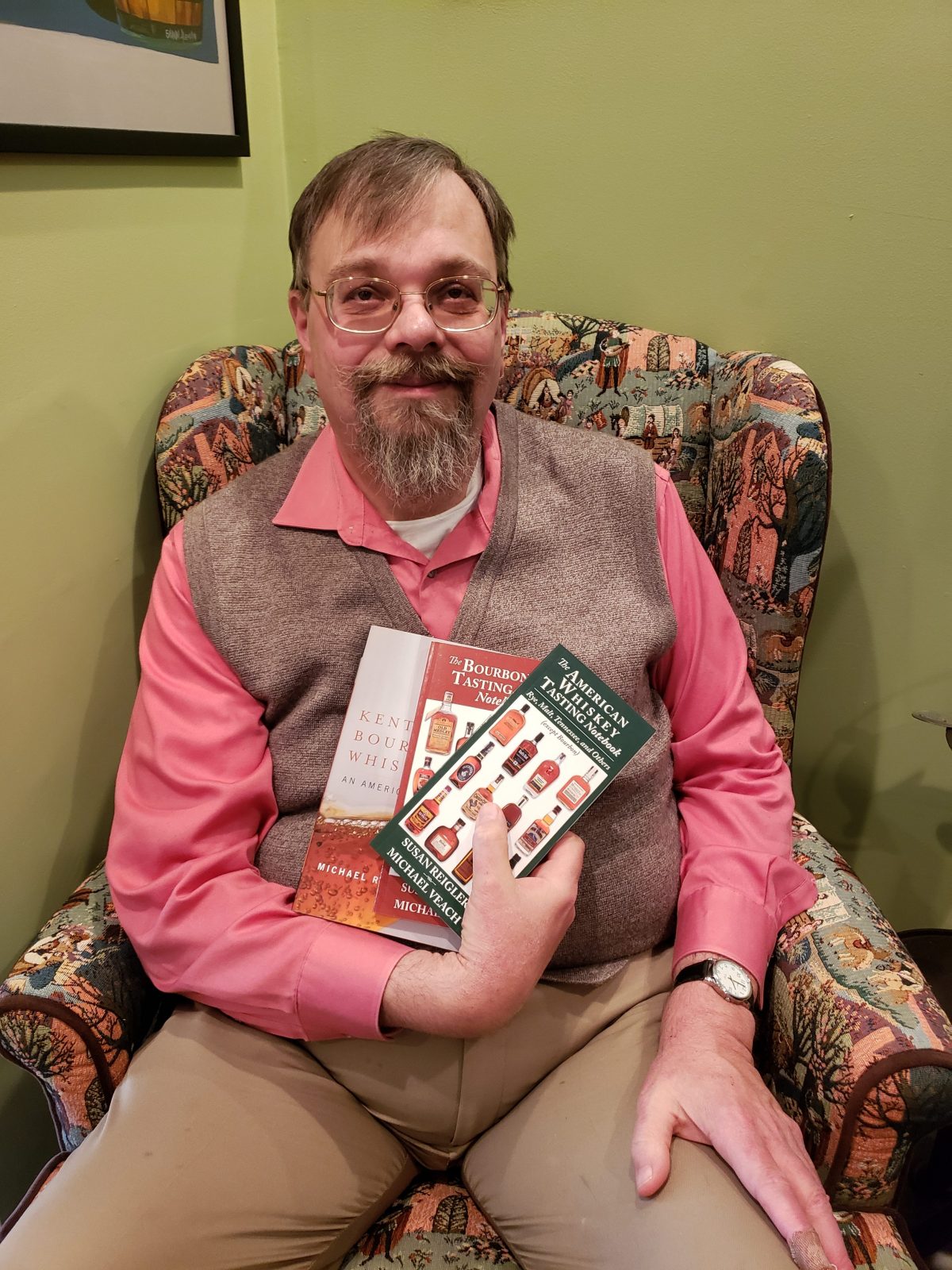 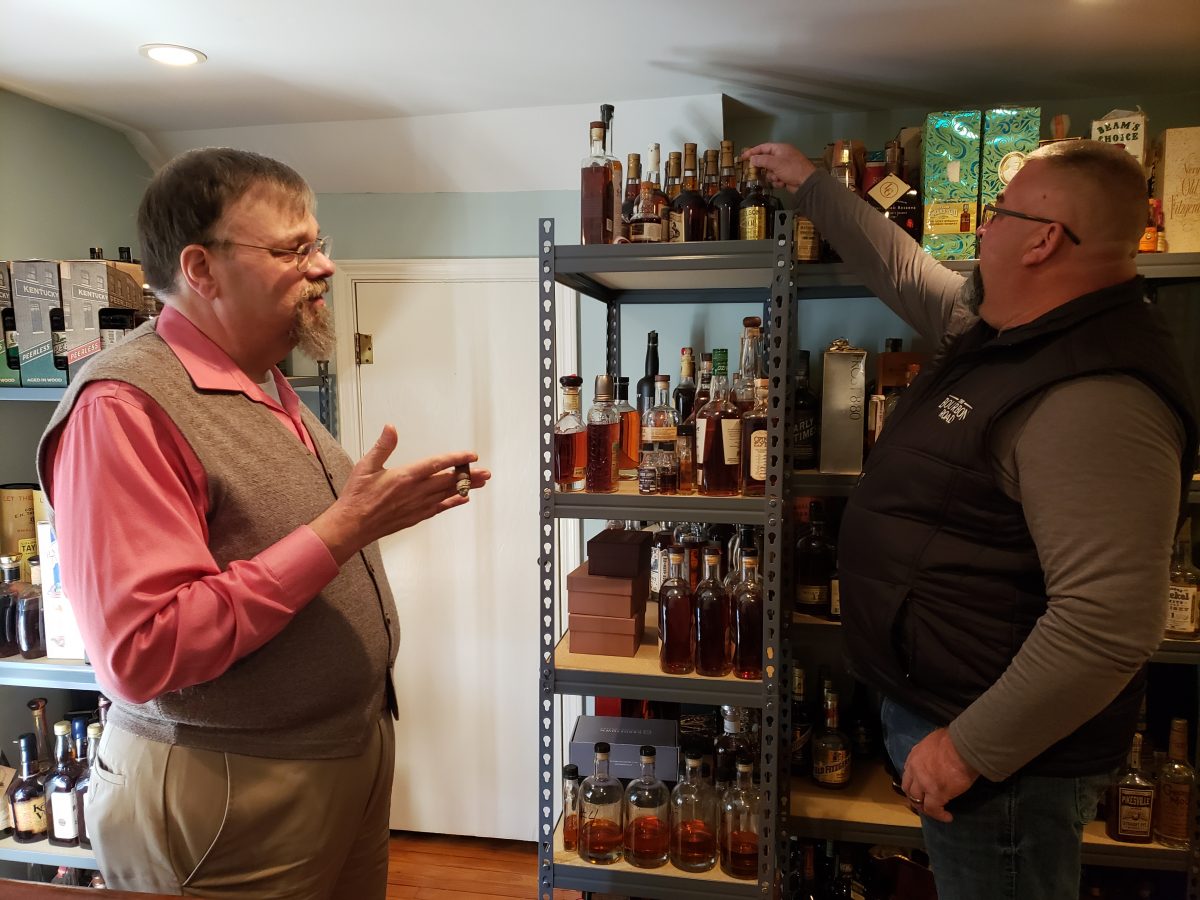 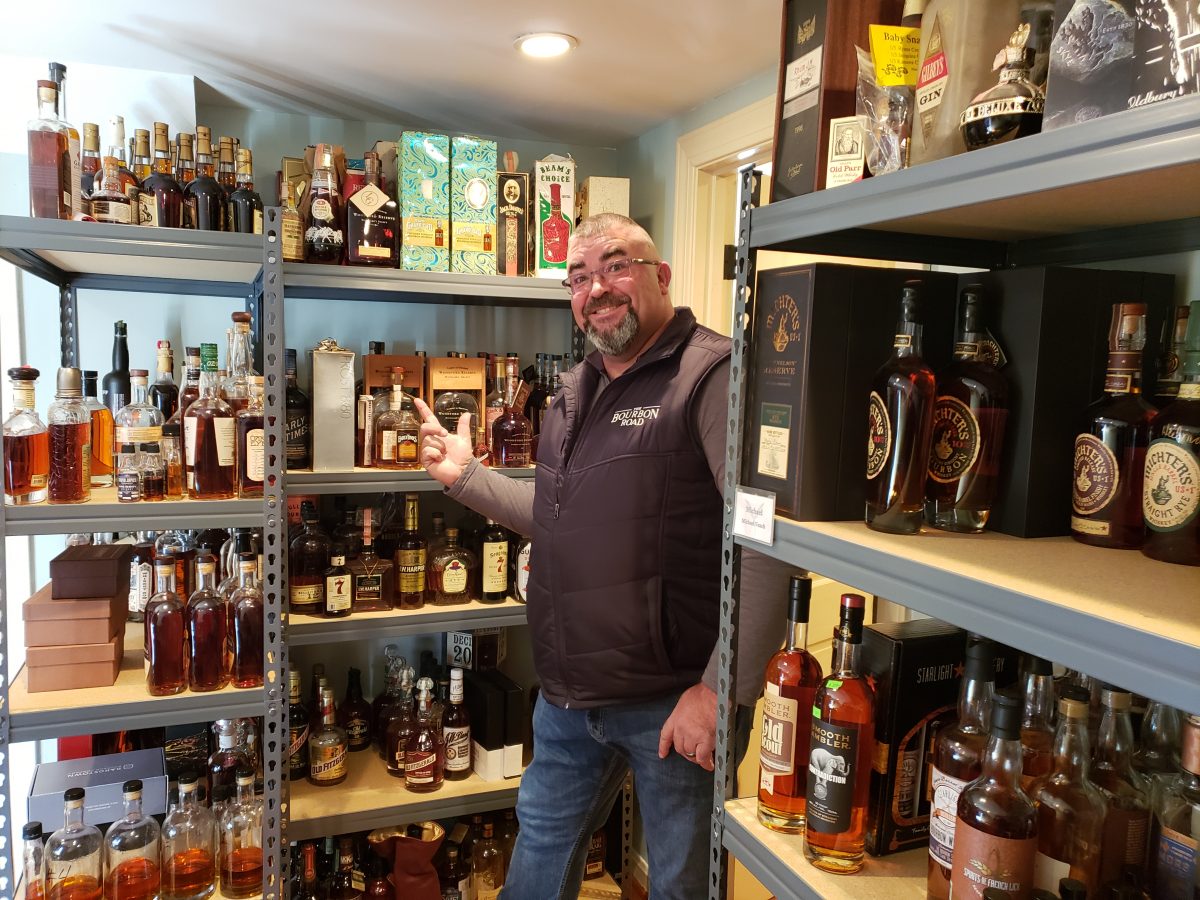 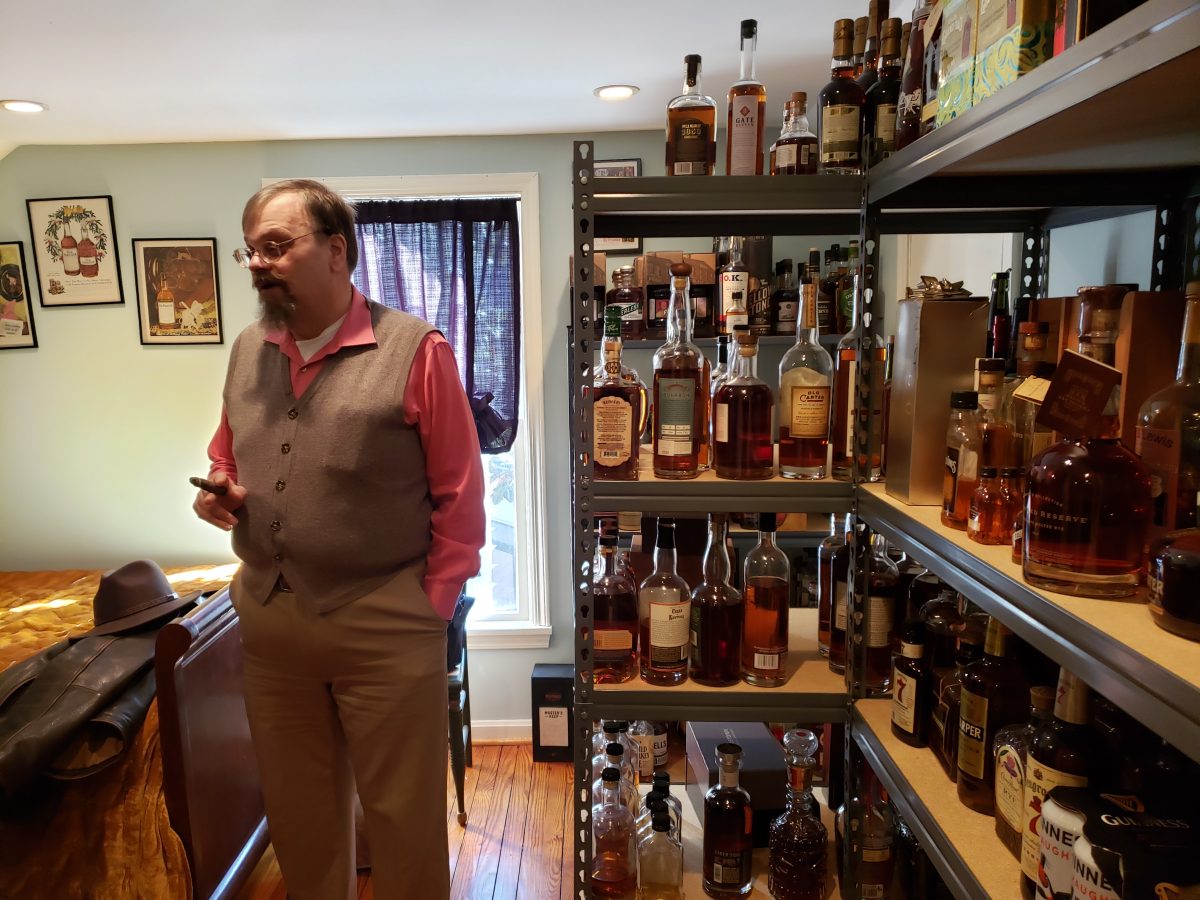 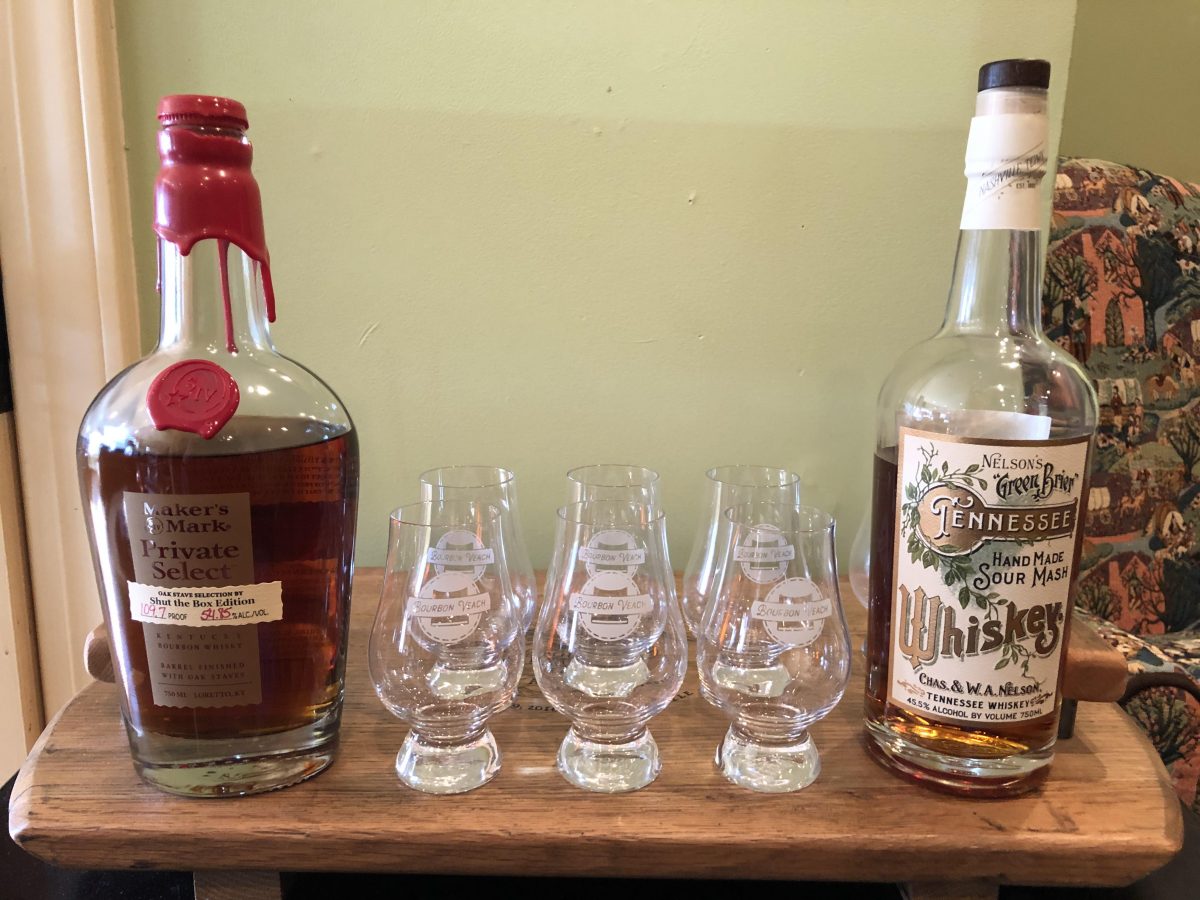 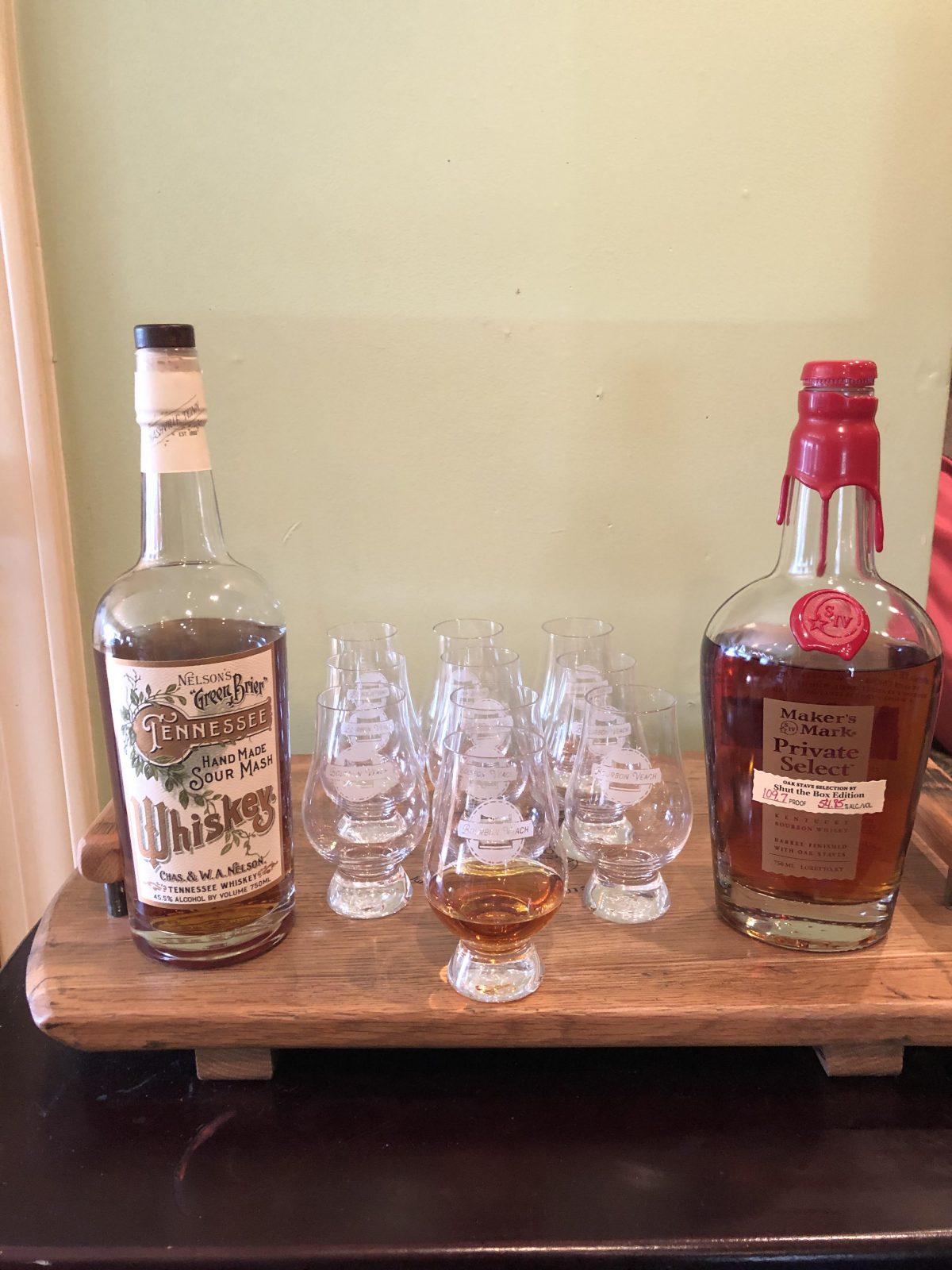 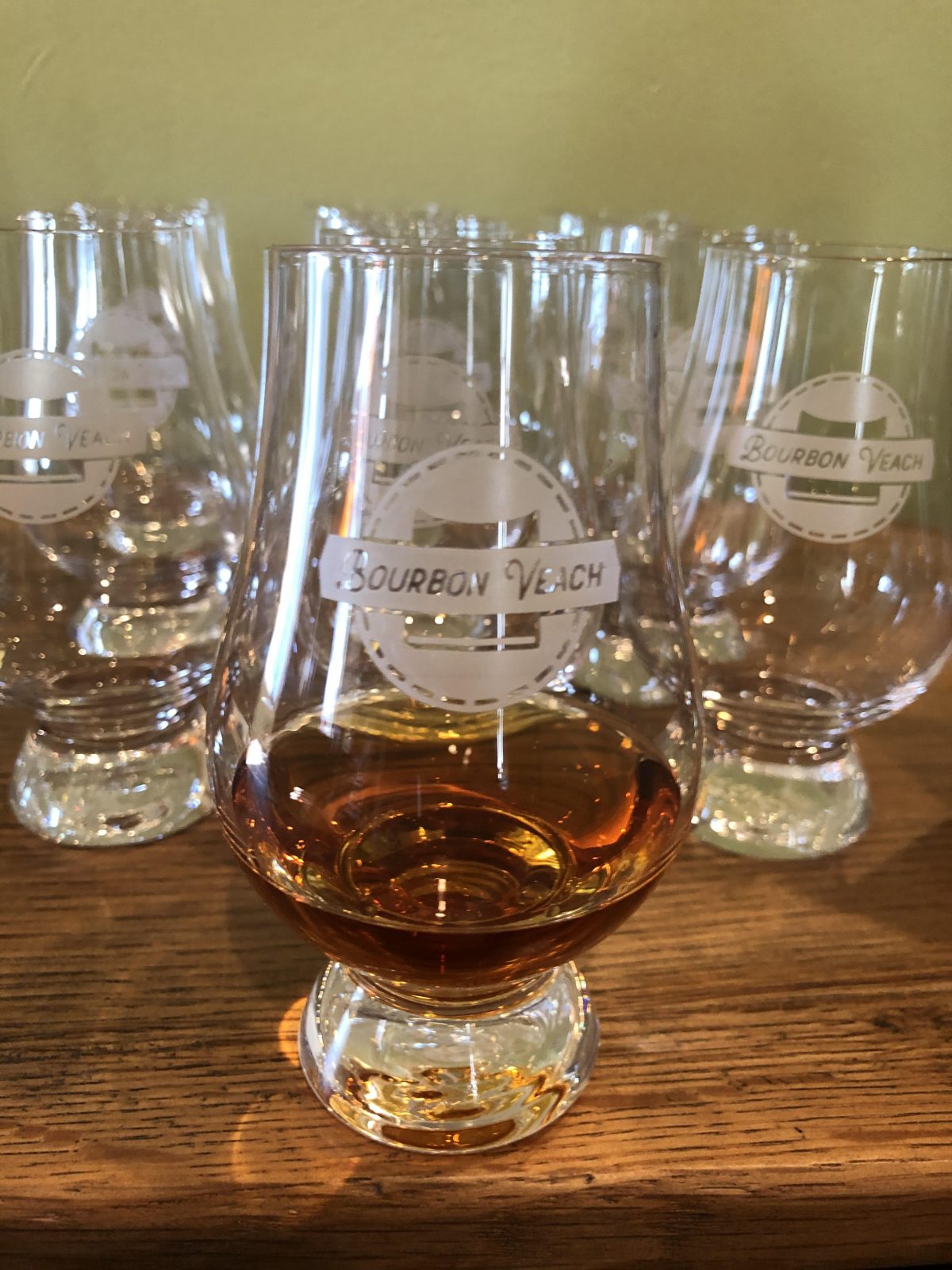 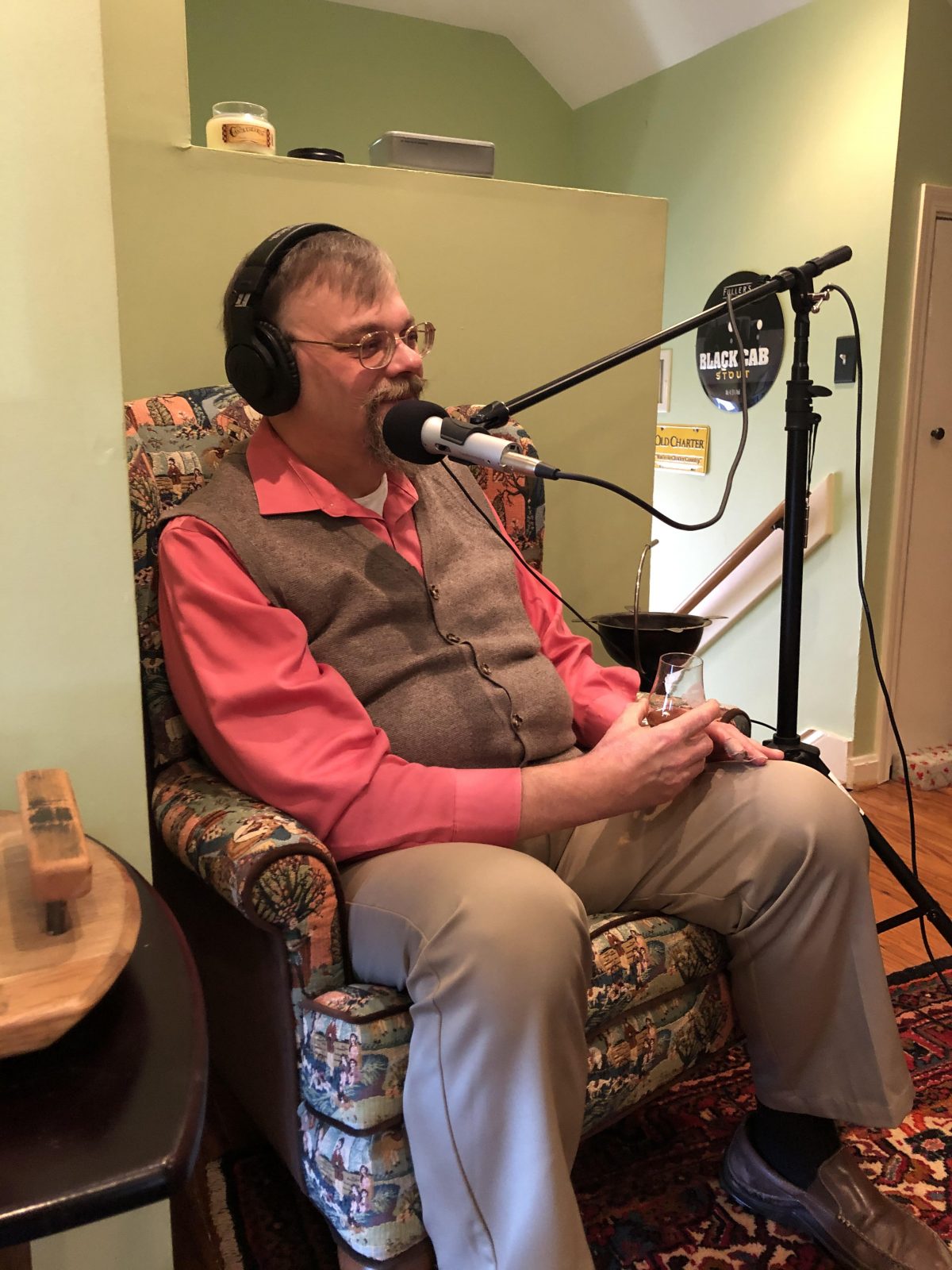