Veterans Day (originally known as Armistice Day) is a federal holiday in the United States observed annually on November 11, for honoring military veterans, that is, persons who have served in the United States Armed Forces. It coincides with other holidays including Armistice Day and Remembrance Day which are celebrated in other countries that mark the anniversary of the end of World War I.

Major hostilities of World War I were formally ended at the 11th hour of the 11th day of the 11th month of 1918, when the Armistice with Germany went into effect. At the urging of major U.S. veteran organizations, Armistice Day was renamed Veterans Day in 1954.

Being veterans ourselves, Jim and I wanted to do a special show in honor of Veterans Day.  What better way to do that then to set down with two members of the Veteran’s Club of Kentucky. David Willis Jr (Sergeant at Arms) and Gina Lesshafft (Volunteer Coordinator) are both Marine Veterans, both having deep ties to bourbon in their lives. David was born and raised in Bardstown and Gina works for Vendome Copper as a purchasing agent.

Founded in 2017 by U.S. Army Veteran Jeremy Harrell. The Veteran’s Club of Kentucky’s foundational mission is to provide connection, healing, recovery, housing, and employment for the Veteran Community. They have several programs that allow them to facilitate each of these key initiatives to enhance the lives of the communities Veterans. Those include their nationally recognized Equine Therapy Program, Family Outreach Program, Homeless Veterans Housing & Recovery Program, and our Community Outreach Program.

At Veteran’s Club, the belief is working tirelessly on these issues will not only lower the risk of Veteran suicide, lower Veteran unemployment, strengthen military families, but also benefit the community that veterans live in. This club has grown to an astounding 2600 member in just a few years and are showing that they practice what they preach with all their events.

Getting into our first pour we selected Eagle Rare 10 YR Single Barrel. This fitting bottle adorned with a soaring eagle has a delicious nose with scents of orange peels and aged oak.  With notes of brown sugar and toasted marshmallows it is sweet on the tongue with just a hint of pepper on the back end.  The finish in light with vanilla, making no mistake why this one of the most popular sipping bourbons.

David and Gina take us through their military service and we discuss whiskey’s history with the military.  When the Revolutionary War cut off the trade of molasses and inspired disdain toward all things English, the old drink of choice — rum — was abandoned. Whiskey quickly ascended to the throne of American spirits and subsequently entered the hearts of patriots everywhere.

American soldiers, sailors, airmen, and marines carried whiskey at Yorktown, Gettysburg, Manila, and Da Nang. It bolstered their courage, calmed their nerves, and treated their illnesses. The word “whiskey” comes from the original Gaelic term, “uisce beathadh,” which translates to “water of life.”

Scour the annals of U.S. military history and evidence of whiskey-induced intoxication is littered throughout — it is the military’s life water. Consider that Congress authorized an actual whiskey ration on Nov. 4, 1775, for Gen. George Washington’s Continental Army, or that exemplary actions on the battlefield were rewarded with even more drunkenness. The whiskey ration was abolished in 1832

For our second pour David and Gina pull out of a bottle of Jim Beam Distillers Cut – that is aged 5 to 6 years.  Selected by Fred Noe, Jim Beam’s seventh generation Master Distiller that has skipped the chill filtration process. It has a honey, oaky with charred corn nose that isn’t surprising. It is what you expect with Jim Beam. The taste is the same with vanilla oak, caramel and that spicy mocha coffee lingering with that black pepper on the backend. I believe Gina had the right idea to drink it with a little Ale-8-One (a regional ginger- and citrus-flavored soft drink). Ale 8 One, if you are reading this Gina would make a great spokesperson.

Gina and David take us through Veterans Club of Kentucky’s many programs and their upcoming events such as their Comrade with Coffee and a Gala that will be held next year. This Gala will help raise much need funding for their upcoming projects. They are looking forward to their tiny home project which will provide much needed housing for homeless veterans in the Louisville Metro Area.

We discuss a little more about Whiskey History in the Military as we sip on the Beam. Whiskey is woven into the US Military with such things like Whiskey Tango Foxtrot, a Whiskey Flag that is blue outer, white inner and red center, just like a red eye and the phonetic alphabet letter W-Whiskey. I have even heard stories of Coast Guardsmen being issued foul weather rations to warm themselves after conducting operations in the Bearing Sea. These foul weather rations were airline bottles of whiskey.

As we finish our Bourbon Gina and David let us know how they can be reached. That any and all Veterans are welcome at the Veterans Club of Kentucky. They are always looking for volunteers and ways to help their fellow veteran. If you’re a veteran and want to belong to a fine organization that makes a difference, give them a chance, Jim and I both have and love it.

Grab yourself a glass, pour your favorite bourbon and raise you glass as The Bourbon Road salutes the American Veteran with an episode with the Veteran’s Club of Kentucky.

Find out more about the Veterans Club of Kentucky at https://www.veteransclubky.com/ 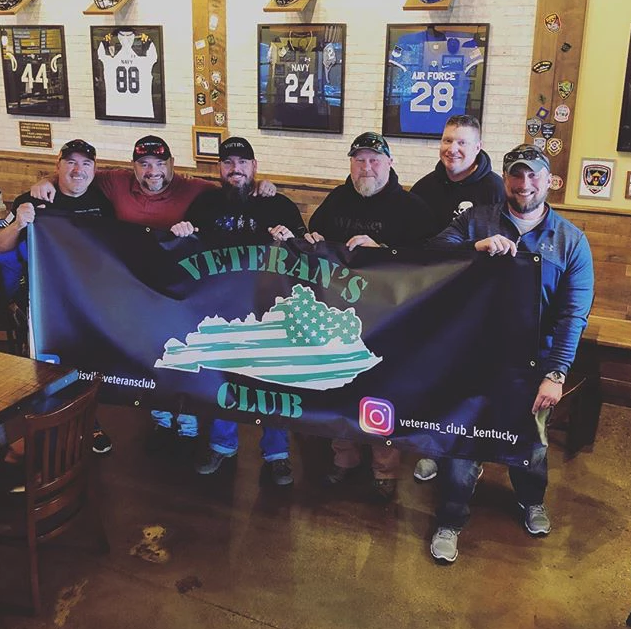 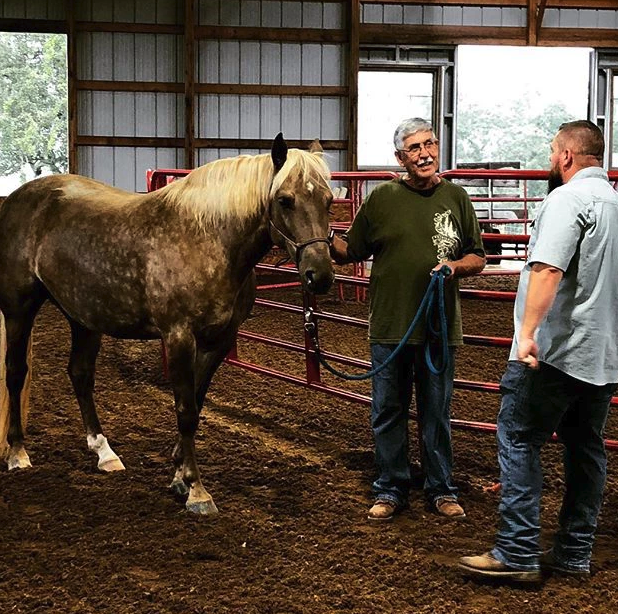 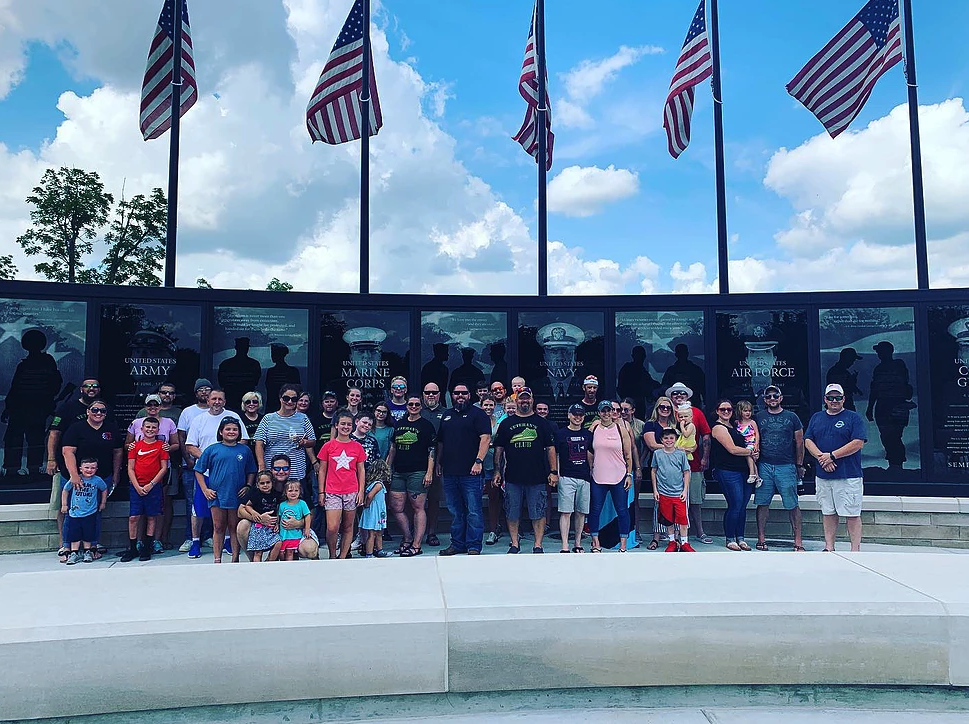 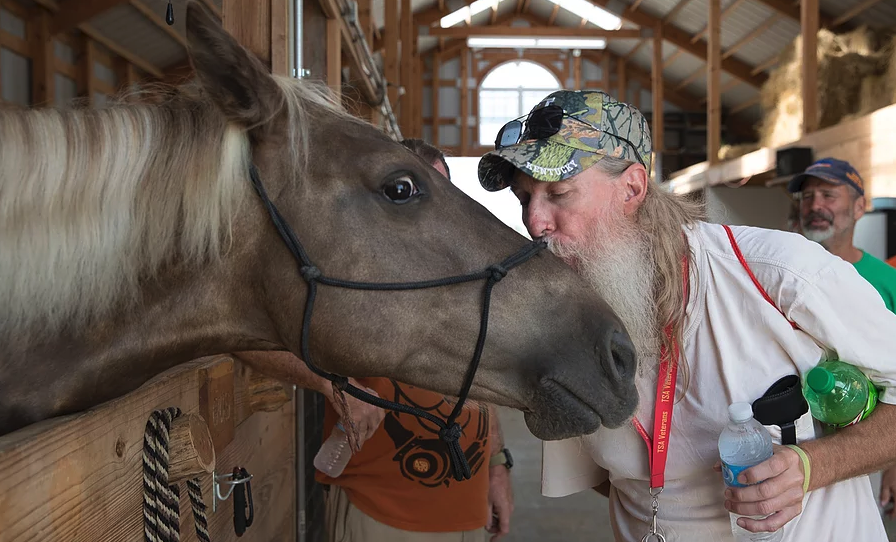 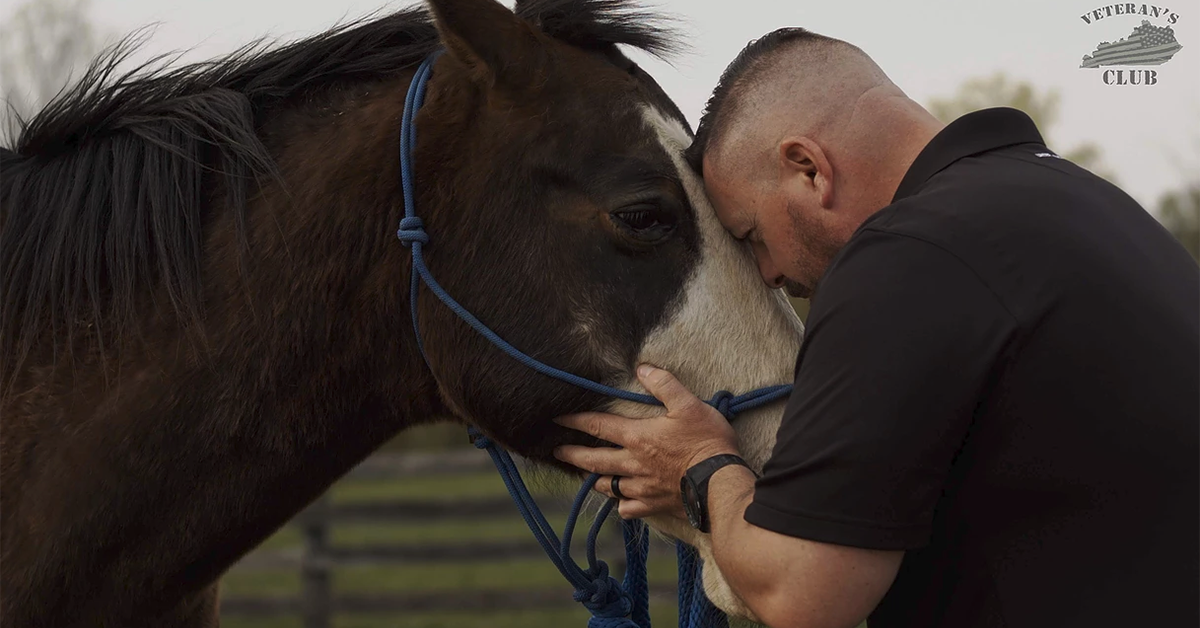