With Restrictions on travel from COVID 19 being lifted the Wife and I needed a break from the prison that our house had become. We decided to take a drive north around Indianapolis and heading North West. We got off I-74 and drove north to the small down of Newtown Indiana.

Now after we left the interstate there was nothing but corn fields. I kept thinking children would step out in front of us as we drove down the small country road. Lucky for us that’s in Nebraska and the corn has just started to grow so no chance of it happening here. Newtown was founded in 1829 and is almost gone today. So why would I drag my wife 3 ½ hours from home to nowhere Indiana. Well it just so happens a farming family decided to adapt and built Old 55 Distillery.

I had first seen of bottle of their single barrel in a Liquor Barn Store in Middletown, KY. I remember looking at the bottle with the double horse head logo and it had me curious so I did a little research and found that it was a wheater. Well, by know you know that I can’t pass up a wheated bourbon so I pulled the trigger and purchased it.

Once I had some time I sampled it, it was definitely different and I couldn’t quite put my finger on what the nose was at the time but the bourbon itself was very sweet, almost candy corn like. I sipped on the bourbon while I made my social media post about it. After the post was up I received a message from Jason Fruits, owner and head distiller at Old 55 about a future interview.

This would be our first interview back on The Bourbon Road and it had brought us to Newtown Indiana where Old 55 Distillery is built on top of the foundation of the old Richmond Township schoolhouse. Its basement and gymnasium still remain today. The basement is used as a rick house and the gymnasium is used as storage for new barrels and bottles.

A true farm to still operation. Old 55 Distillery is a true family business where the corn and wheat come directly from the family farm. It is evident that family, hard work, and the appreciation of something truly handmade embody the essence of what they create. Their Old 55 symbol itself builds upon these principles. The white regal stallion known as Thumos holding sway over the dark horse.

Old 55 Distillery named their spirits after the road that we traveled in on. Jason Fruits and the distillery dog welcomed my wife and I with open arms. There is just something about country charm and the bourbon culture mixed together that gives you that warm feeling, or could that just be the bourbon I’m sipping on. It harkens back to a time when neighbors helped neighbors.

If you’re ever up in Indiana and traveling around looking at their famous covered bridges don’t forget to stop by this Distillery, have a cocktail and sip on some of their whiskey. I’m sure they would be glad to send you home with a bottle or two. You can also purchase it from SEELBACH’s online or from Big Red Liquor Stores. I went home with several bottles including their new Bottled in Bond and their sweet corn bourbon whiskey.

The Wheated King of Kentucky wheated bourbon collection keeps growing with every trip down the bourbon road.

So you know what time it is. Grab that glass, grab a wheated bourbon, a hand full of candy corn and sit back while Big Chief takes you north of the Ohio River and through cornfields on The Bourbon Road to Old 55 Distillery. 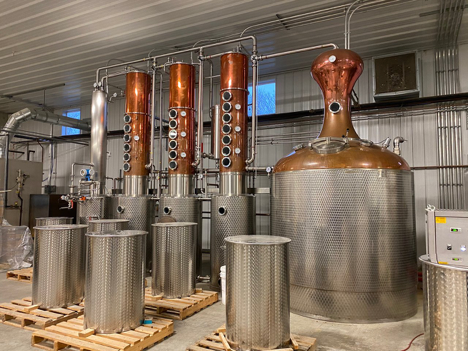 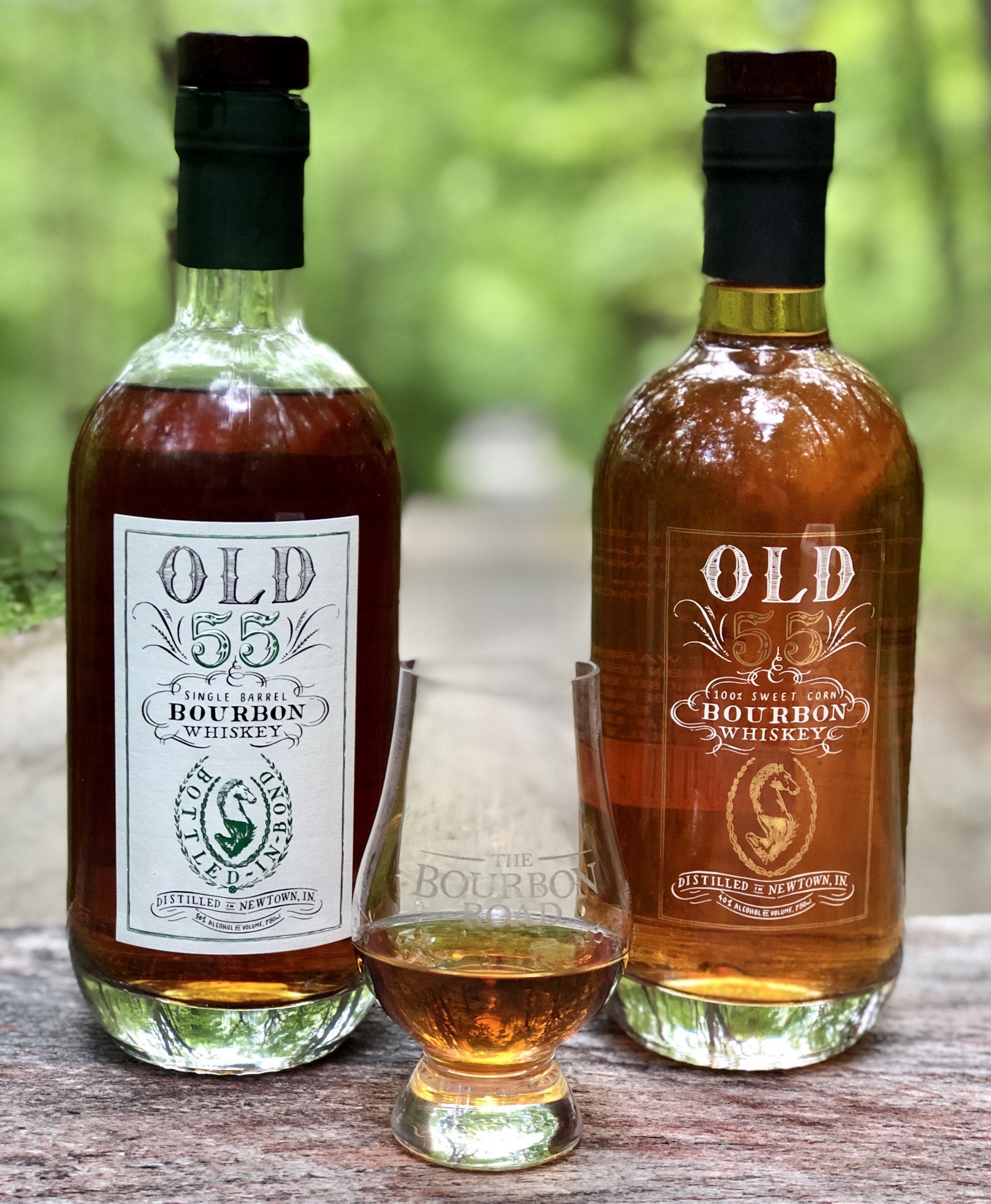