This week Jim and I sat down with McCauley Williams from B.R. Distilling in Memphis Tn. Our discussion got my thinking of how much rivers have affected whiskey in America and how they have effected my own life. It seemed so fitting that we ended the show with River Set Rye.

The Mississippi River breaths life into the heartland of America and no city has known that more then Memphis. It is an iconic River City like St. Louis or New Orleans.  With its iconic Blues Music, Juke Joints on Beale Street and mouth watering BBQ its got a little magic. One of the things that helped make those Juke Joints was whiskey.

A large part of it came from Kentucky flowing down on barges from Kentucky. Traveling down Rivers such as the Green, Kentucky and the Ohio. Most Whiskey merchants would try to offload their cargo wherever they could along the route to pay to resupply their flat boats. Now its not a party with out some music and this city has it. Now I don’t think they had the same music back then,  but I’m sure there was some fine fellow humming some kind of tune.

All of these Rivers I have sailed myself either as a child with my grandfather or with the Coast Guard. At the time I never had the thought of the history and impact that those rivers played in American’s Lives, much less my own. This episode remined me that while whiskey doesn’t travel by barge anymore, it can still be found in the Juke Joints that line Beale Street and some of it comes from right there in Memphis with that Mississippi River still leaving a little magic in every bottle.

So take a trip to Memphis, to the heartland of America and see the might river as I have some many times. See the famous Graceland, Sun Records where Elvis recorded so many hits, grab some fine BBQ and then hit the Juke Joints of Beale Street and try some whiskey from B.R. Distilling. I will guaranty you will find that magic that I’m talking about.

Until that trip grab yourself a bottle of bourbon and pour a glass. Listen as Jim and I travel down The Bourbon Road ourselves finding a new distillery in Memphis that pays tribute to the mighty Mississippi River and Mississippi Delta Blues with Blue Note (Juke Joint Whiskey) and their River Set Rye. Cheers 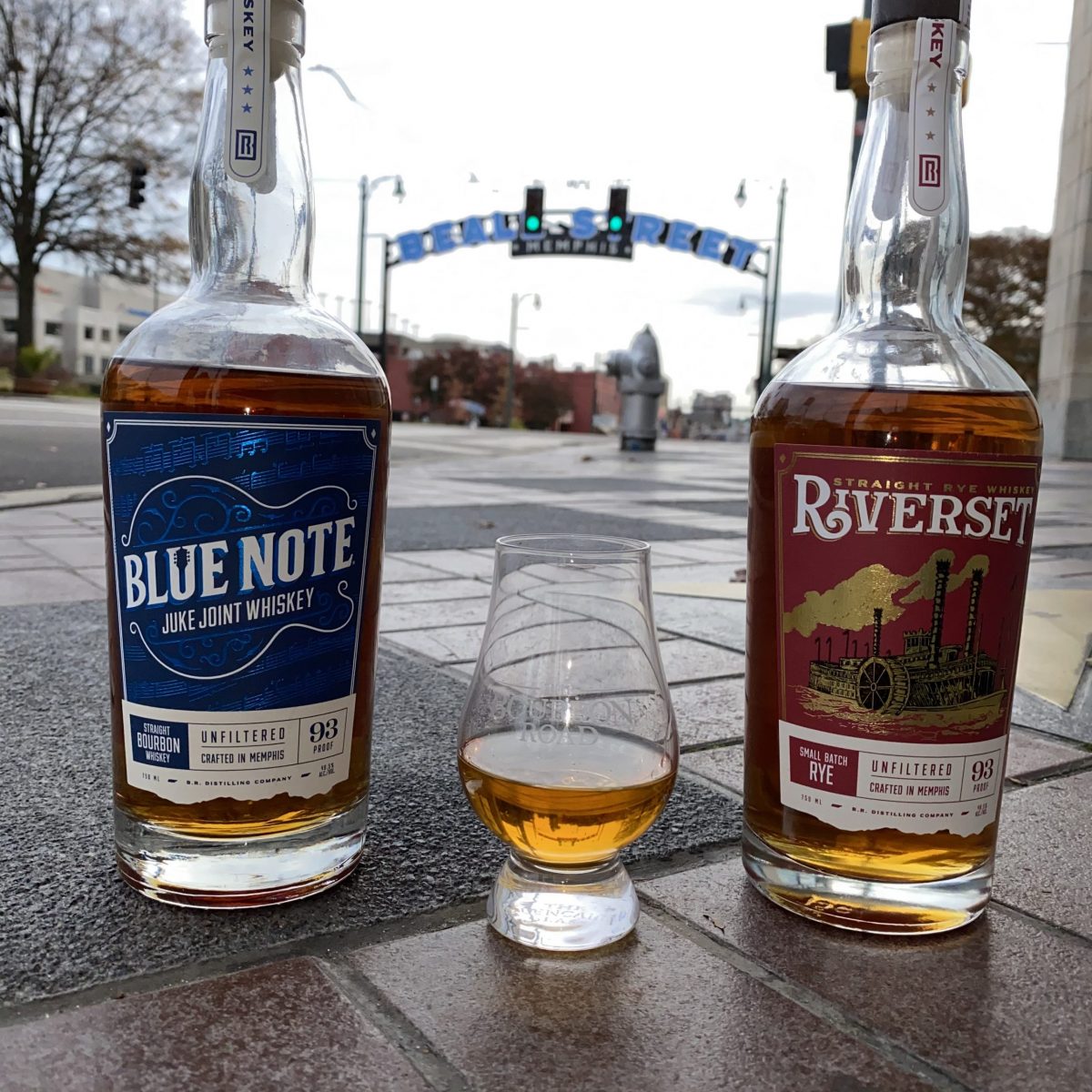 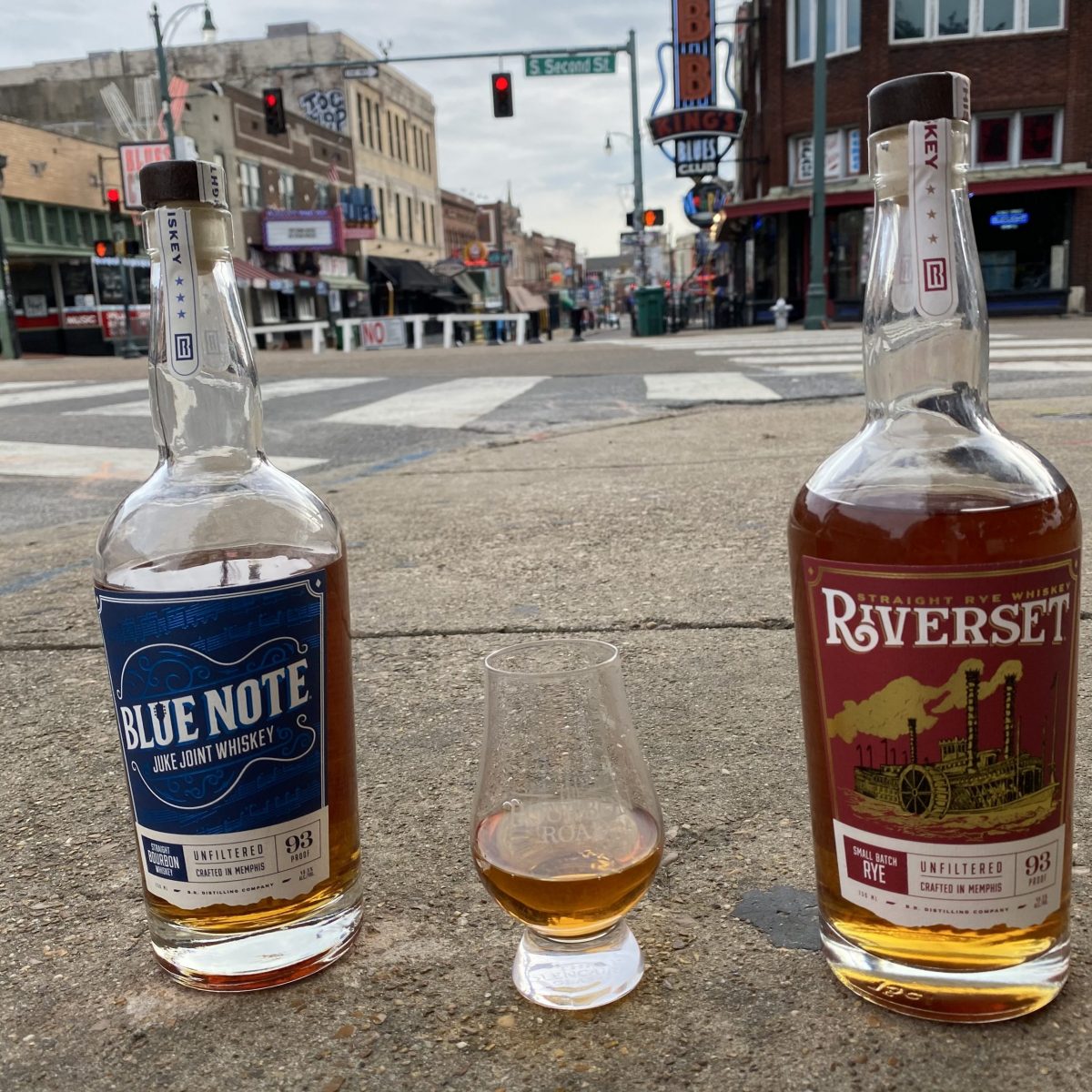 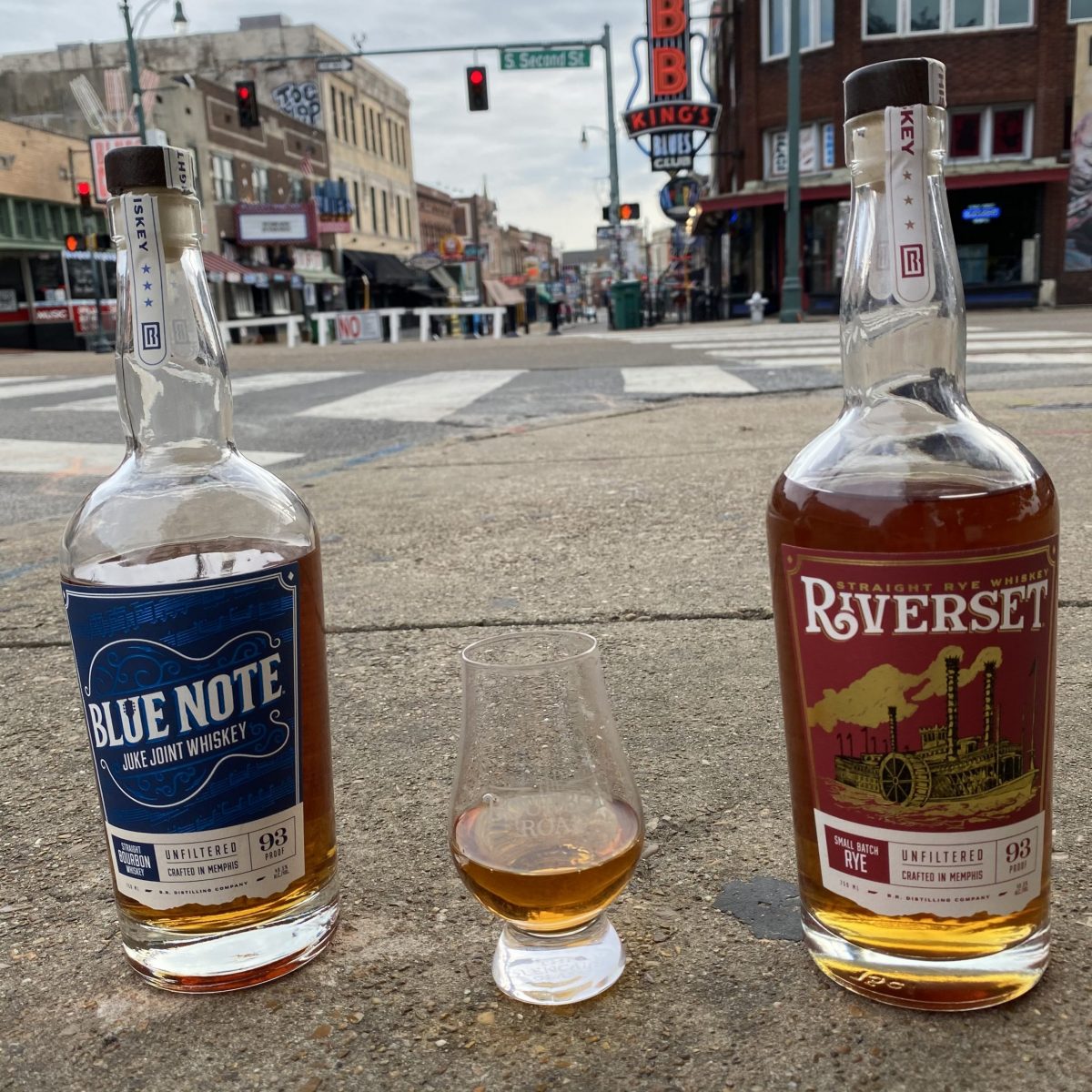 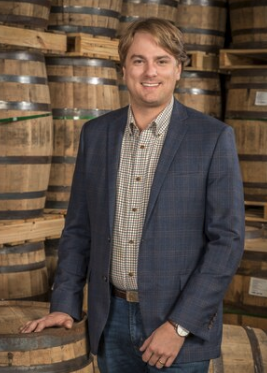