If Bourbon had a soul… it would be in the barrel!

If bourbon had a soul… it would be in the barrel. Isn’t that where the magic happens? It’s where Mother Nature works her magic and where the Devil and the Angels fight over their share of the bounty So, what happens when the soul has been released and all is left is the shell… the barrel. Enter Jeff and Liz from Bourbon Barrel Rehab. In a sense, you could say that they give bourbon it’s soul back. They take barrels and repurpose them into almost anything and any shape you can imagine. My wife and I love to repurpose things. It’s kind of fun to take something that was supposed to be a “throw away” and give it new life. Repurposing old barn wood is really a big deal these days… so much so that people will steal wood off of barns that are still being used (I know right!!!!???) 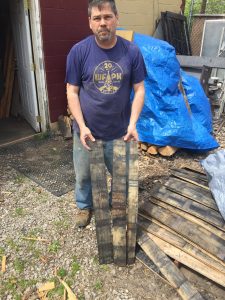 Jeff poses with the 3 different size staves used in barrels 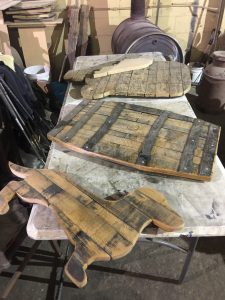 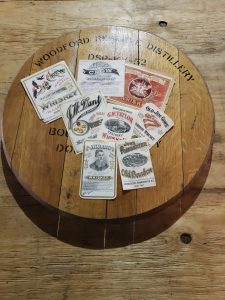 The process that Jeff and Liz use to straighten old bourbon barrel staves to make everything from furniture to chandeliers is secret, but then, isn’t magic supposed to be kind of secret anyway? I am not sure there is much you could think of, including a bar of repurposed wood from the Old Crow Distillery, that Jeff and Liz couldn’t build for you. I just really love the fact that they are constantly looking for something old that seems dead to the world and breathe new life into it… giving it back it’s soul. Yep, I am pretty sure if bourbon had a soul it would be in the barrel and Bourbon Barrel Rehab is just the group to breathe new life into an old soul. Check them out @ https://www.bourbonbarrelrehab.com