Jackie Zykan has quickly become a well known face in the the world of bourbon. She wasn’t just handed the title of Master Taster at Old Forester, she kicked the door down and took it. Her palate is amazing and well respected. With expressions such as Old Forester Birthday Bourbon, Statesman and their new single barrel all selected by her, it’s easy to see why.

When we met her, she walked into the room wearing black jeans, a black sweat shirt, steal toe work boots and watch cap. Not a new pair of work boots that some hipster might wear, but some worn out,  dirty from work kind of boots that could tell a story of this woman’s grind in her craft.

In my mind I was wondering if those were the same boots she had worn into Campbell Brown’s office and had told him that before she walked out of his office that she would be the next Master Taster at Old Forester. Damn good thing he said ok. Her tenacity had won the day and clearly Mr. Brown respects the hell out of her.

To meet us today, she had just come from the Brown Forman’s rick houses tasting barrels. If she had been tasting bourbon I damn sure couldn’t tell, she didn’t miss a beat. To be a true professional and pick barrels like she does is just straight amazing. That’s the art of tasting I guess. Just to taste and not to drink it all day.

She has been with Old Forester for the past five years and came with a Biology and Chemistry degrees from the University of Missouri in St. Louis. She seems to love her hometown of St. Louis, but also loves Louisville with its deep rooted Bourbon Culture. As the Master Taster, she’s involved in production, global marketing and everything in-between with an unmatched tenacity and passion. She has that swagger that you look for in a leader. Almost John Wayne like from one of his great movies.

This was definitely a  special trip to Old Forester. Jackie pulled out two great bottles for us to try. The 2020 Birthday Bourbon! That’s right…. a giant triple pour for Big Chief and a little pour for Jim. I had never had any expression of Birthday Bourbon and was almost overcome with emotion as we sipped and talked. This is some amazing juice and we believe it will not disappoint.

After that, she poured us Presidents Choice (Barrel 6). Wow is it our Lucky day or what. Jim and I just felt honored to be setting in the same room with this lady much less her serving us two of Old Forester’s most sought after expressions.

If you haven’t been to the Louisville Old Forester location, it is highly recommended. The tour is like no other and the location is fantastic. Be sure to stop in George’s to have a drink and take home a bottle or some swag from their gift shop. By the way, if you see that George’s is having a “Happy Hour” be sure to sign up.. you just might leave with something special.

Jackie also mentioned there may be something special coming out since this is the 150th anniversary of Old Forester. Keep you eyes and ears open and you might be lucky!

We hope you all enjoy this interview with Jackie, she is quite a lady and a whole lot of fun to hang out with. If you see her downtown, be sure to tell her you enjoyed her interview on The Bourbon Road.

Now, grab a pour sit back and enjoy our episode with Jackie Zykan, Master Taster at Old Forester. Cheers! 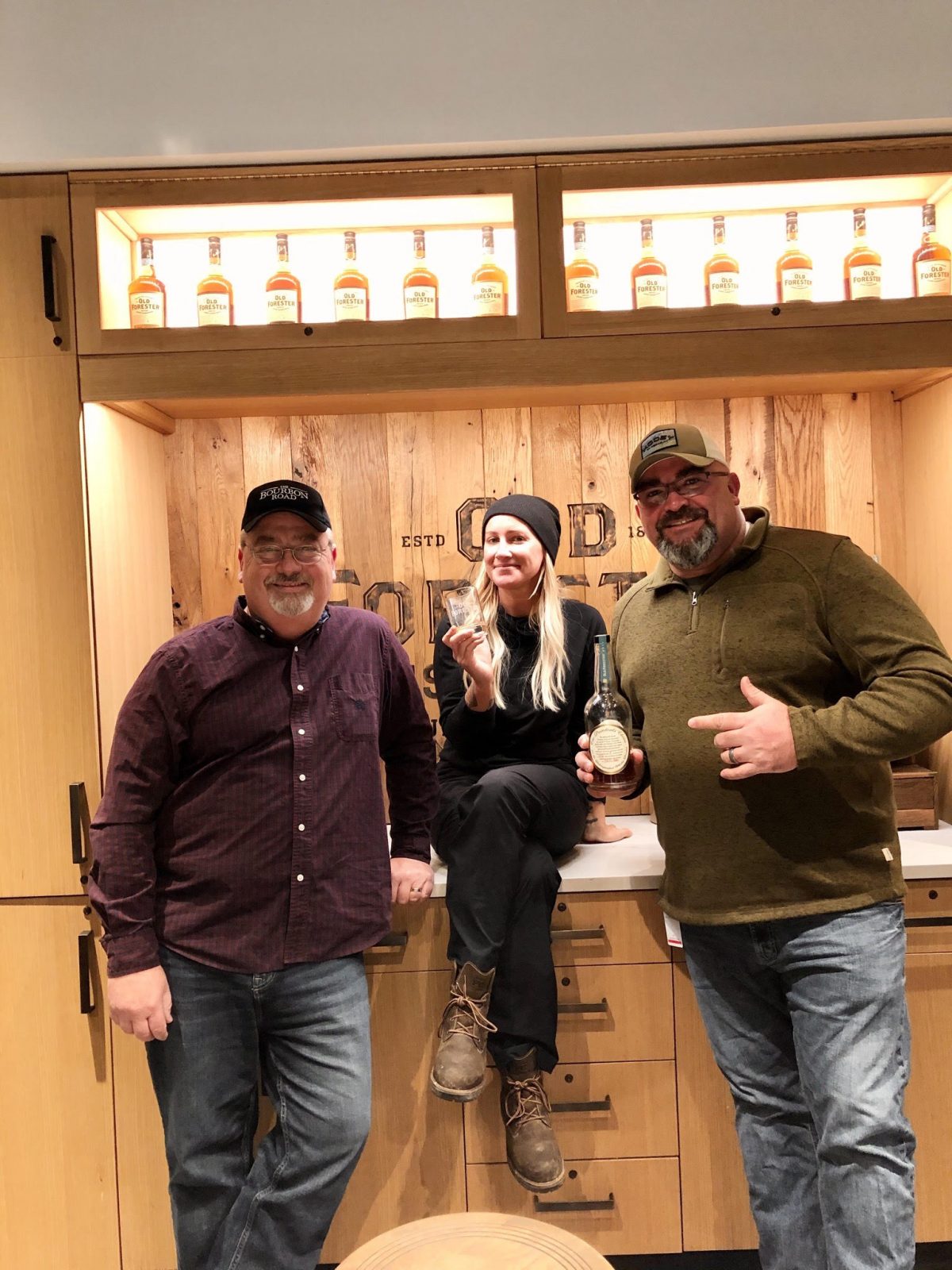 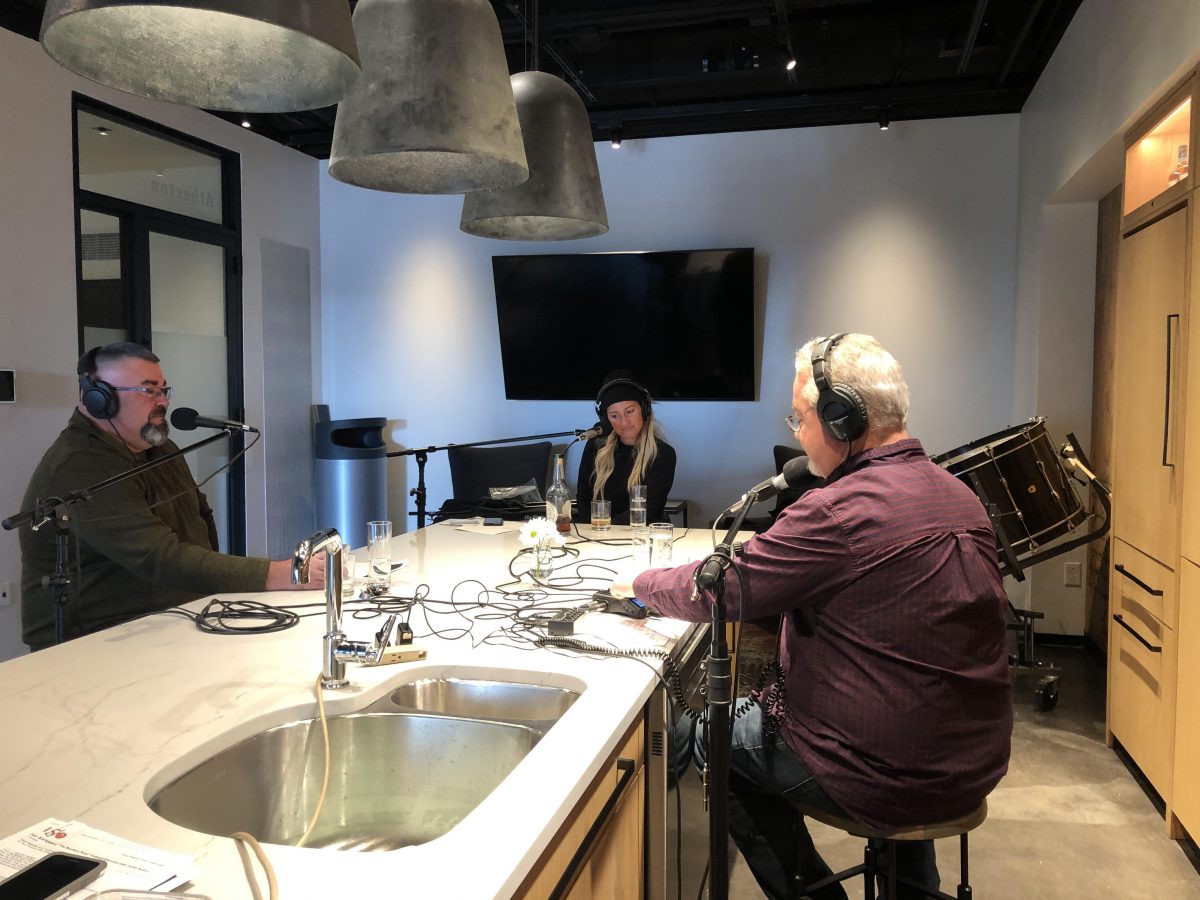